Bengal moves HC against protection from FIR for Suvendu 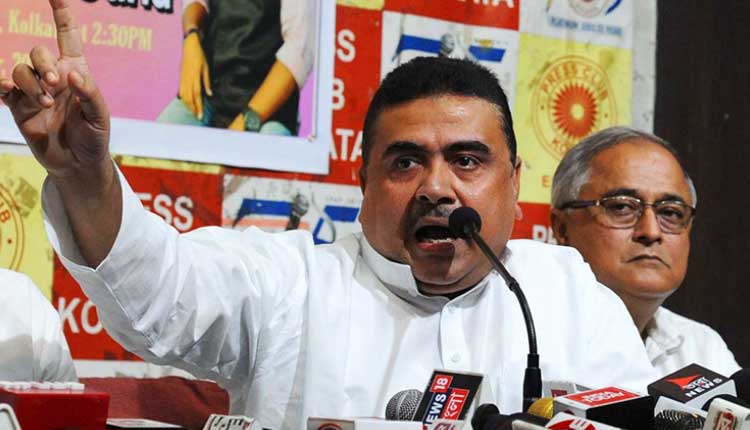 The West Bengal government on Thursday verbally moved the chief justice’s bench at the Calcutta High Court, seeking permission to file a petition challenging a single bench order that directed the state police not to register any FIR against BJP leader Suvendu Adhikari without permission of the court.

The move came after the Supreme Court refused to entertain a plea of the state government to lodge an FIR against Adhikari in connection with the stampede at a blanket distribution programme in Paschim Bardhaman district’s Asansol on Wednesday.

The division bench presided by Chief Justice Prakash Shrivastava allowed the state’s verbal prayer seeking leave to file an appeal against a single bench order of December 8 which gave the leader of opposition protection from the filing of further FIRs against him without permission of the high court.

Adhikari’s lawyer had told the court of Justice Rajasekhar Mantha that 26 FIRs were filed against him and that it was an orchestrated bid to prevent him from performing any function as a people’s representative at the instance of the ruling dispensation in the state.

Directing the state police not to register any more FIRs against the petitioner without the high court’s permission, Justice Mantha had stayed all the FIRs referred to in the petition by Adhikari.

At least three persons died and five others were injured in the stampede that happened when people rushed towards the dais in an attempt to get blankets after Adhikari left the venue.