Bengal Congress Eager For Left Front Participation In Its Yatra 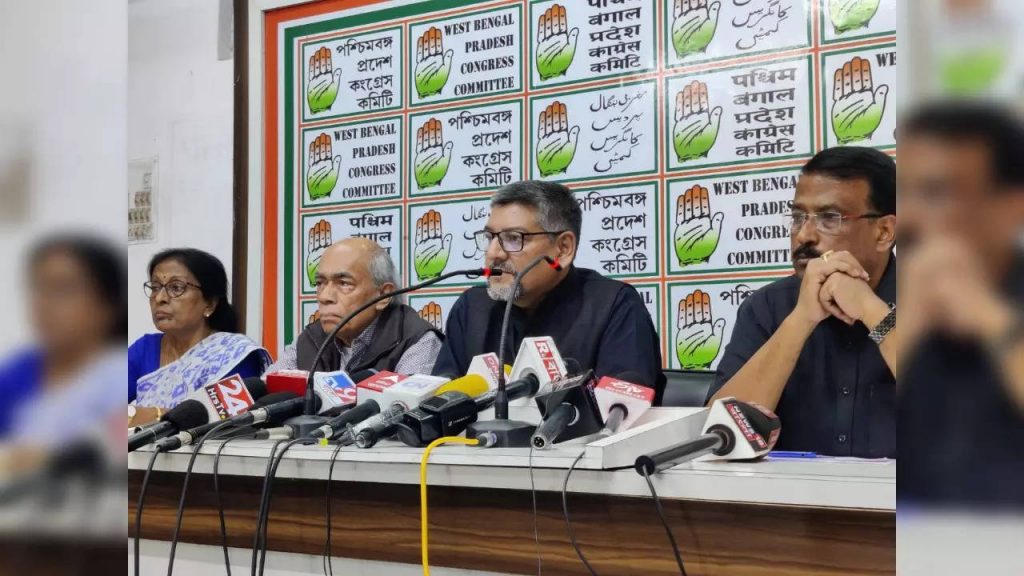 After having found itself sans a single legislator in the West Bengal Assembly, the Congress seeks to draw Left to its side during a march from Ganga Sagar to Kurseong hills. Though the Left is in the same boat as the Congress as the representation of the former is also nil in the Assembly, the Left leadership is yet to give its nod.

This march will be in protest against deterioration of law and order situation in the state, rise in corruption. Bharat Jodo Yatra led by former Congress chief Rahul Gandhi is not passing through West Bengal.

For the last thing the Left leadership in West Bengal seeks that Congress will ride piggyback to political relevance on the organisation strength of the front. When Left and Congress joined forces for the 2016 Assembly elections in the state, it fetched higher political dividend for the latter.

It is no secret except in pockets of north and south Bengal, the Congress has hardly any organisational strength worth speaking of. Yet it emerged with more legislators following the 2016election results and veteran Congress leader, Abdul Mannan became the leader of the Opposition.

Looking back, the Left leaders will find that it was the success of joining of forced of two politically divergent outfits in Siliguri municipal polls, namely CPI(M) and Congress which weighed in favour of the alliance. Better known as Siliguri model, its replication in the Assembly was not met with the same degree of success.

But number of legislators apart, there were other political dividends to it. It was Mannan in whose Public Interest Litigation former Kolkata mayor and senior CPI(M) leader Bikas Ranjan Bhattacharya’s advocacy in Supreme Court secured an order of CBI investigation in the Saradha chit fund scam.

The apex court’s direction for CBI investigation gave the Congress Left Opposition much needed political ammunition against an electorally triumphant Trinamool Congress. With a deft floor management within the Assembly and high pitched demonstrations outside it, the Congress-Left Opposition often caught the ruling TMC dispensation on the wrong foot.

But as the feelers for joining the march from the sea to the Dooars are sent out to Left, it intends to strike a harder bargain vis-a-vis the previous occasions .The demand for seats in the rural polls are under wraps as yet.

The Left will be marked out by a symbolic presence in this proposed Congress march scheduled to begin on 28 December, the foundation day of the Congress. The Left is not in a position to find out the strength of Congress’s organisational muscle.

So it has proposed the next best thing. It seeks that the state Congress activists will be making their presence in the streets on various issues. And there are no dearth of causes, it was pointed out.

After former Rahul Gandhi voiced his desire that there other political outfits espousing secularism and plurality should join similar marches,  state Congress leadership. expressed its keenness for the Left to join its 28 December march. It was learnt that once it puts its house in order, the state Congress will spell out an invite to the Left.

It is a matter of time when the Left will voice its assent to join the 28 December march of Congress activists covering 800 kilometres. Being a part of the mass contact programme with a national party may pay political  dividends  to  the CPI(M) and the other  Left  parties  at a time  when  the rural polls are  due  in a few  months.

Be it cash for teachers’ post scam or the rise of the cattle and sand mafia- these are common issues of protest of both the outfits. Besides the leaders and rank and file of Congress and Left having closed ranks earlier, there are better chances of working in tandem to give a joint fight to the muscle power of the ruling party.

It was learnt that rise incidents of violence will be one of the significant points of the proposed programme of the march. Both the CPI(M) and  the Congress are the victims of the  Congress  attack

But it is to be noted that Congress and Left have not organised joint agitations in West Bengal. In recent period, the proposed march will provide an opportunity to bridge the gap which has continued to grow wider as both parties chose to travel on paths less travelled marked out by respective leadership.

West Bengal is one of the states through which Bharat Jodo Yatra will not pass. Small wonder, the offer of a similar march in the last week of this month has come as a boon to state Congress leadership in which the proposal to renew its ties with the Left is like an icing on the cake. (IPA Service)