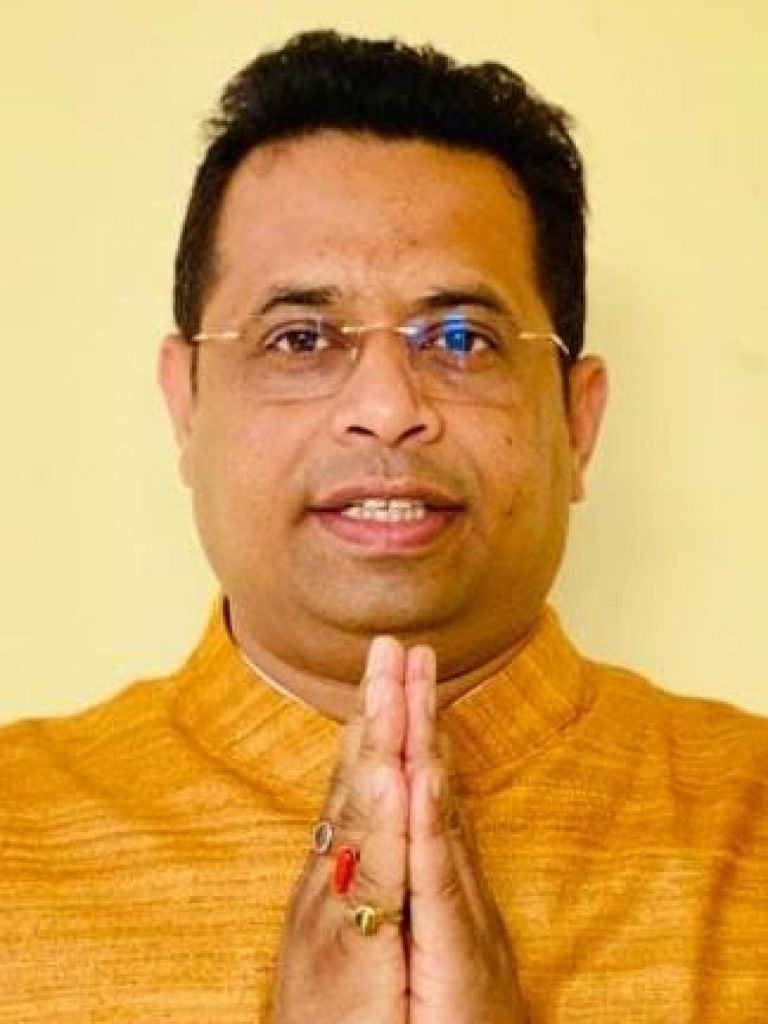 Inclusion of yesteryear Bollywood super star, Mithun Chakraborty in BJP’s core committee for West Bengal appears to be a political gamble by saffron camp leaders to stop Trinamool Congress juggernaut in the panchayat polls next year. In the backdrop of a faction riven party structure which is on a backfoot in the state in recent days, allotting a meatier role to Chakraborty appears to be an act of desperation.

The yesteryear Bollywood hero having extensively campaigned in 2021 state Assembly elections failed to produce major dents in the Trinamool vote bank. Inarguably, Mithun’s meetings drew huge crowds though the enthusiasm to catch a glimpse and hear the star who captured fans heart with his dancer’s roles and a champion of the have-nots did not materialise into an significant rise in votes for the BJP last year, in the assembly polls.

Without questioning the choice of Chakraborty as a popular face for BJP in the state, the public memory does not need to be refreshed about his image and efficacy as a political leader which his new organisational role assigns him. In the late ’80s, the Bollywood star was a major draw in Hope ’86 soiree at Netaji Indoor stadium organised by the then state sports minister, Subhas Chakraborty

The event which left fissures in state CPI-M also marked a period of bonhomie between film hero and CPI(M) the major partner of ruling Left Front. As offers for major roles in Bollywood films started drying up, he shifted base to the state and acted as a hero in Bengali films in roles with an anti establishment image or in characters in which he played the part of an individual with a heart of gold despite his brush with crime.

The front’s departure from the seat of power saw Chakraborty cosying up to Trinamool supremo, Mamata Banerjee. A brief stint at Rajya Sabha as a Trinamool member was followed by his resignation on surfacing of allegations of his involvement in Ponzi schemes.

Admission to BJP at a rally addressed by Prime Minister, Narendra Modi at Brigade Parade ground in Kolkata marked his arrival in a third political outfit of his choice. But his subsequent campaigning for BJP in last year’s Assembly polls failed to mobilise votes for the saffron camp nominees.

Fallouts seem to outweigh political dividends of the induction of actor-turned-politician in core committee of BJP in the state. Going by the shortcomings of his campaign in last year’s Assembly elections, the appeal of the yesteryear hero to the rural voters is likely to fall short of expectations of the saffron camp. .

But such thinking has been brushed aside by the decision makers of the saffron camp to include the star of yore in its state core committee. Eyeing a rural vote bank in next year’s election, it seeks to project his elevation from a mere campaigner to a part of a decision making body to be an acknowledgement of his connect with the residents of the panchayats.

But there is more to it than showcasing an yesteryear hero with a penchant for catchy one liners. No amount of Trinamool campaigning can portray Chakraborty as an outsider.

In this backdrop, it is crucial how much time the former super star devotes to political activities in the state. If he does, there are anti-government issues a galore which he can seize upon.

If one reads between the lines of the saffron game plan, the saffron camp seeks to cut into the minority votes which the Trinamool has banked upon all these years. Chakraborty’s appeal cutting across a communal divide in the rural areas , should bring additional votes in panchayat polls, the BJP leaders think..

The BJP is desperate in looking for ways to revive the party cadres on the eve of the panchayat elections early next year. The continuing fight between the state BJP chief Sukanta Majumder and the opposition leader in the assembly Suvendu Adhikary is known. At district level, factional quarrels are a regular feature. BJP leadership does not know how to get out of the mess. Mithun’s inclusion in the core committee at least will give some issue for discussion amo9ng the Bengal’s voters. (IPA Service)