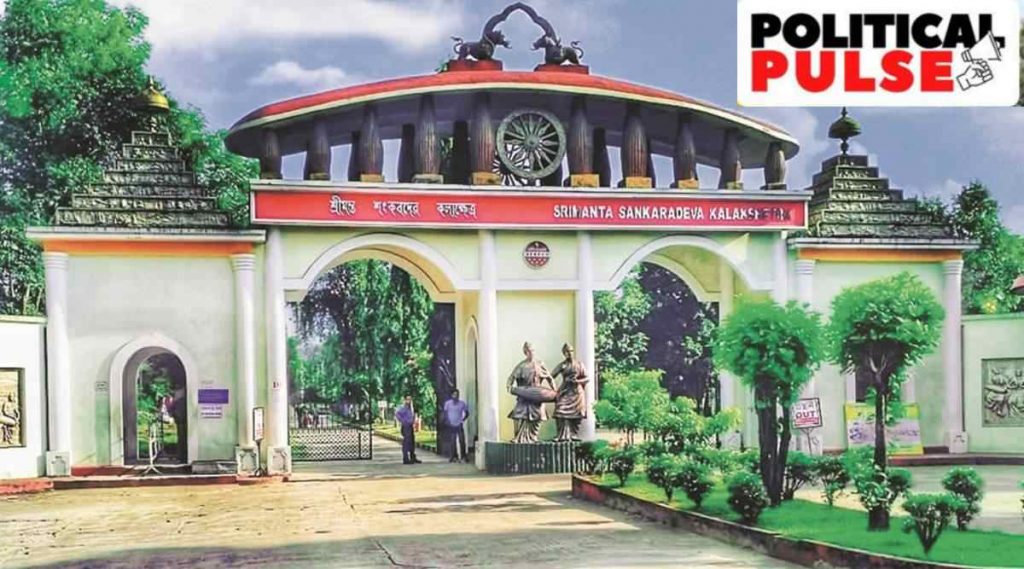 With the Assam Government sealing the newly opened museum devoted to ‘Miya culture’ within hours of its opening in Goalpara district, clearly the targeted marginalisation of Bengali speaking Muslim settlers is set to intensify further. Assam Chief Minister Himanta Biswa Sarma personally spearheads the offensive, describing the community as not indigenous.

The anti-Muslim push has continued for some time in Assam. The government has closed down some 600 official Madrasas (also old ‘tols’) where religion and related issues were being taught, overriding widespread protests. The state government then embarked on a drive to clear out illegal settlers from government –owned land at Darrang in September 2021. Two persons were killed, in an angry outburst of mass anger against the alleged ‘encroachers’

Later according to later reports, some of the evicted people showed state-based media persons documents suggesting they were not ‘illegal encroachers.’

Before dealing with the complex socio-economic dimensions of the issues relating to the evolution of the Miya culture, the timing and background to the continuous official drive against Bengali-speaking Muslims needs explaining.

Some time ago, Mr Badruddin Ajmal, leader of the All India United Democratic Front (AIUDF) and MP from Dhubiri in lower Assam, commented on the demolition of a few Madrasas ordered by the Government. Local police and other authorities alleged that the action had been taken against specific institutions after complaints of indoctrination among pupils and anti-national activities had been received.

Along with leaders of other opposition parties like Congress, Mr Ajmal had said that the Government was within its rights to punish wrongdoers established as criminals in the eyes of law. However, the rights of the government did not extend to demolishing entire Madrasa buildings, set up and financed by many people for specific social purposes. Through the actions of a Government seeking to punishing a few, much larger groups of people including many innocents were also being made to suffer unnecessarily.

He spoke of pursuing matters at a legal level, but the demolition drive was not continued.

At that time, Mr. Ajmal who is regarded as the unofficial spokesman for the targeted Bengal speaking Muslims in the state, had accused the BJP-ruled state government of terrorising the minorities on purpose, long before the Lok Sabha polls scheduled for 2024.

Incidentally, Mr. Sarma admits that he regarded Mr, Ajmal as a major threat to Assam’s identity.

However, Mr Ajmal saw in the official moves against Muslims by the state as a larger political warning: the minorities could hope to survive only if they surrendered to the ruling BJP party. Such a deep-rooted fear complex could well nudge the Muslim flock into voting en masse for the BJP, to ‘buy’ their personal/collective security and safety.

Politically, such a development would naturally put an end to the long term prospects of the Congress or the AIUDF as effectively functioning parties in the state. Both have been in the opposition for some time, with the AIUDF managing across the support base of the Congress, which also helped the BJP’s cause, but suffering a decline subsequently in later elections.

Meanwhile, leading intellectuals and cultural figures have commented on the emergence of the Miya phenomenon in the state. The first stirrings were noticed a few years ago when a collection of Miya poetry, the melancholy outpourings of mostly rural poor Bengali-speaking Muslim peasants, came to be published.

There arose an immediate controversy. A section of Assamiya academicians protested as they felt that the effects of such publications would be socially divisive, as their overall tone and tenor would be discordant with the cadence of mainstream literary culture.

This was contested by left wing thinkers and others who saw such writings as a new kind self expression of a traditionally oppressed group,. They reasoned that more than a literary experiment, it represented an ethnic assertion. As for the word Miya, it was nothing but a abbreviated back formation from the word ‘Assamiya,’ the word the Muslims used to describe themselves to visiting Census authorities. Therefore, there was no question of any group trying to be divisive.

On the contrary, the suppression of such efforts would amount to an interference of freedom of speech, a fundamental right for a fairly sizable community.

The idea to set up a Miya museum arose from the community itself first voiced by Congress leader Sherman Ali in 2020. It was explained that home grown items and knick-knacks traditionally produced by Bengali Muslim settlers, including agricultural implements, various garments, utensils or other products would be stored.

But the chief minister rejected the idea strongly. Items as agricultural implements on display, he insisted claiming the support of local experts and cultural authorities, were neither unique nor markedly different from similar implements used by numerous settled tribes in the state. Only the lungi was an exception, he added.

For the targeted community, not many have spoken up yet either for or against the Assam Government The strongest argument, that beleaguered community leaders could advance was that India itself was a highly complex heterogenous land of many cultures. So was the state of Assam.

However except for eminent regional thinker Mr Hiren Gohain, not many have so far spoken out for the troubled community. Dr Gohain, speaking some time ago to the media about the Miya culture phenomenon, had expressed his conviction that the ruling BJP was targeting the Muslims generally to fulfill its political agenda. But he strongly felt that if they protested too strongly, there could very well be another outburst of mass violence which would hurt everyone and the Muslims had already suffered enough! The question of timing was critically important for the people who regarded themselves as the victims in the present situation.

It remains to be seen how the major political parties, HR groups and cultural bodies in Assam react to present developments.

Among the poorest of the myriad ethnic groups in Assam, the Miya Muslims as they call themselves, while others use the word pejoratively, have mostly settled on the char –lands and unclaimed , inhospitable territories in the Brahmaputra valley and elsewhere. They sustain themselves by engaging in primary activities like agriculture or fishing. Their men folk migrate to nearby towns to do odd jobs in the real estate, transport or hospitality sectors. When the going gets tough, some migrate to other Indian states for work.

Their ancestors arrived in Assam from the 1920s or so, encouraged by the British rulers, from Mymensingh and other Eastern districts of undivided Bengal. So far, no historian has denied the well recorded accounts of their migration. By no stretch of the imagination the surviving old timers among them or their descendants could be described as ‘illegal’ encroachers. (IPA Service)

Left Wing Luiz Lula All Set To Be Next Brazilian President After October 30 Poll
Posting....