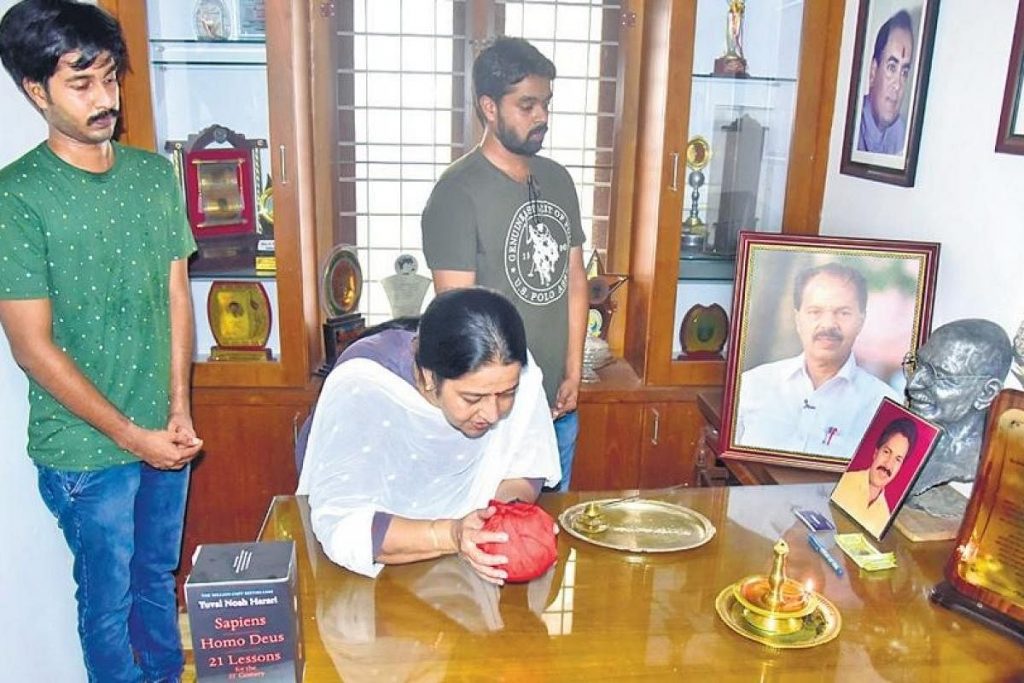 THIRUVANANTHAPURAM: Campaign in the prestigious Thrikkakara Assembly by-election has entered the last lap with both the CPI(M)-led Left Democratic Front (LDF) and the Congress-headed United Democratic Front (UDF) pulling out all stops to ensure victory.

The by-election has been necessitated by the death of Congress MLA PT Thomas.  The UDF has fielded Uma Thomas, the widow of PT Thomas, while the LDF has put up Jo Joseph, as its candidate. The BJP is also in the fray with party’s senior leader A N Radhakrishnan trying his luck in the Assembly constituency. Thrikkakkara is a traditional Congress stronghold. And in the 2021 Assembly election, Congress candidate PT Thomas had won the seat by defeating LDF Independent candidate Dr J Jacob by a margin of over 14,000 votes.

The most important factor, which would influence the outcome is the absence of a candidate of Twentyt20, a corporate-backed political outfit, which has considerable influence in the constituency. In the last assembly election, Twenty20 candidate Dr Terry Thomas had polled 13,897 votes out of the 1,36, 570 total votes polled. The BJP candidate secured 15, 483 votes. Twenty20, which has now formed an alliance called the People’s Welfare Alliance (PWA) with Aam Aadmi Party(AAP),  is not fielding any candidate this time. The moot question is: which front would benefit from the absence of the PWA candidate?

Opinion is sharply divided on the issue. The UDF says the Front’s candidate would be the beneficiary as the Twenty20 is vehemently opposed to the ruling LDF Government. In support of its argument, UDF and Congress leaders claim that the Twenty20 chief Sabu Jacob has openly criticized the LDF Government and its K-Rail project in recent statements made at a public meeting at Kizhakkambalam panchayat, which is under the control of Twenty20. The Twenty20 is also angry with the Government. It had, in protest against the Government’s policies, cancelled a plan to invest in the State and gone to Telangana state to start industrial units in that state.

The LDF is, however, confident of taking away a sliced of the Twenty20 vote.   On its part, the CPI(M), which is aware of the damage the Twenty20 votes could cause, has initiated a damage-control exercise to bury the hatchet with Twenty20.As part of the effort, CPI(M) district leadership has asked party MLA from Kunnathunadu assembly constituency, P V Sreenijan and a bitter critic of Twenty20 chief Sabu Jacob, to delete a social media post highly critical of the latter. Another factor that could go against the LDF candidate is the murder of a Twenty20 worker, allegedly by CPI(M) workers. But, then, there is another school of thought which says  that the Twenty20 will hardly have an impact as its core voters number not more than 2000.

The BJP is hoping to do well in the by-election by backing former MLA PC George, who has been arrested for making an allegedly incendiary speech against the Muslim community at a religious gathering.  BJP thinks that George will be able to ensure a big slice of the Christian vote in the constituency for the party candidate. However, the claims of George of being a decisive factor in the constituency should be taken with a pinch of salt. Observers are of the opinion that PC’s clout in the area is very limited and he is in no position to decisively influence the result. The public perception is also against George who has been making highly provocative speeches. There is appreciation for the Government’s decision to arrest him for his outbursts against the Muslims. The arrest would ensure for the LDF candidate the solid support of 27,000 Muslim voters in Thrikkakara, the front leaders hope.

Be that as it may, the by-election result will not have any impact on the strength and cohesion of the ruling LDF. The LDF would create history if its candidate wins. The Front, which has a strength of 99 in the assembly, will score a century in case its candidate romps home the winner. The Front has, however, launched a well-orchestrated campaign to wrest the constituency from the UDF.  LDF leaders have plunged, heart and soul, into the campaign with Chief Minister Pinarayi Vijayan himself spearheading the campaign. The LDF’s main campaign theme is the developmental activities, including the prestigious SilverLine semi-high speed rail project, the Government has initiated during its rule. LDF leaders are saying that the front’s recent victory in the local body polls across the State shows which way the wind is blowing. The LDF had won 23 out of the 42 wards where elections were held. The Congress was able to win only 11 seats.

The UDF campaign has also  gone into top gear with all top leaders of the front camping in the constituency. The UDF obviously hopes to emerge victorious on the track record of late PT Thomas and the sympathy factor. For a change, the Congress leaders are campaigning with a show of unity too – a rare happening. Congress leaders are also sure that the SilverLine project would influence the result in a big way. The SilverLine project is a disaster for a state like Kerala, which is environmentally and economically vulnerable. tThat has been the running theme of the UDF campaign.

At the end of the day, it can be safely said that the stakes are higher for the UDF. If it loses in Thrikkakara, the Congress and the UDF it heads would be weakened further. Therefore, it is a must-win situation for the UDF. There is also a growing perception of a tacit understanding between the Congress and the BJP to ensure the LDF candidate’s defeat. (IPA Service)

Despite Loss Of Jobs And High Price Rise, Narendra Modi Is Comfortable
Posting....