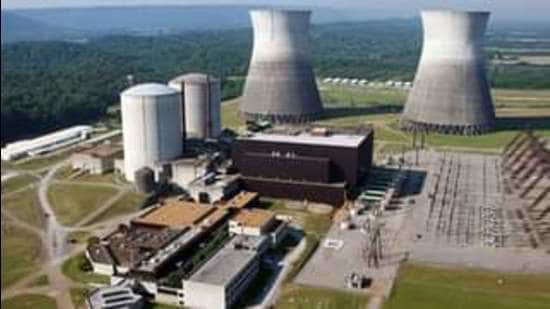 Bangladesh will not halt the construction of the Russia-aided $12 billion Ruppur nuclear power plant regardless of recent anti-Moscow Western sanctions announced in the wake of the ongoing war in Ukraine. The long awaited unit, considered an absolutely essential project in Bangladesh’s plans to address its chronic power shortage, has been under construction for some time.

Also, using currency swap and other arrangements, say Dhaka-based officials, the purchase of items like fertilisers from Russia would continue to the extent possible.

Such indications, by way of Dhaka’s initial response to recent developments in Europe, come from Prime Minister Sheikh Hasina and various other officials. However, keeping in view the increasingly aggressive Western anti-Russian political rhetoric and the broad sweep of the measures announced, Bangladeshi observers are divided in their assessment of the consequences that could follow. There is also a substantial body of opinion favouring a more discreet pro-West shift in its foreign policy from the ruling Awami League Government.

For the moment, any immediate deviation in what appears to be a firm line taken by Bangladesh towards the West-imposed sanctions, appears unlikely. If reactions in the Bangladeshi media are any indication, not many people are particularly surprised over Prime Minister Hasina’s decision not to bend to the dictates of Western powers.

The nuclear energy unit in Southwest Bangladesh is being financed almost totally by Russia. Satisfied with the pace of construction — the project is scheduled to end by the middle of next year — Prime Minister Hasina further clarified that her government would also build a second nuclear power plant as had been planned.

She was speaking to media persons after a high level meeting a few days ago, according to Dhaka press reports. Presumably her comments came in the context of worried speculation among many officials and experts in the country regarding the fate of the power plant given the unusually damaging sanctions slapped on Russia.

Not everyone has been taken by surprise. In recent years, Mrs Hasina has been pulled up repeatedly by Western powers, headed by the US and the UK, for Bangladesh’s human rights record and the alleged malpractices seen during its National Assembly elections. The Bangladesh Nationalist Party (BNP) and other opposition groups have strongly attacked the Awami League (AL) over these issues.

The standard response of the AL, whether dealing with domestic political opponents or high profile international critics has been a blanket denial of most allegations! Through its overuse the ploy no longer works effectively. Recently, the US announced sanctions against several senior officials of the controversial para military unit Rapid Action Battalion (RAB), which stands accused of habitual highhandedness by civil rights activists.

Further the Biden-led administration did not invite Bangladesh to attend the recent conference of democratic countries, delivering a calculated snub that still rankles among Bangladeshis. There were protests against such moves at the official level in Dhaka, without noticeable effect.

It needs stating that the main reason for the Western opprobrium for Bangladesh is a continuing obsession of the US and some EU countries with the major loss of Pakistan as a united Islamic country in 1971. The emergence of Bangladesh was product of a bitter struggle by the Bengali Muslims and the support they received from India and the USSR in those days, in the teeth of American hostility.

US policymakers have been known even years later to remark that somehow they ‘feel more at home’ with leaders of the BNP and its associates, and not with the AL! Yet for many years, it was the AL that was known for its commitment to secularism and its support for the minorities.

For Bangladesh, opposition from the West was not restricted to the US government. Influential agencies and institutions like the Amnesty international, the World bank etc also did not desist from Dhaka-bashing.

A major example of the World Bank turning its back on a critical project in Bangladesh occurred some years ago. After several rounds of preliminary talks and meetings, World Bank officials suddenly halted negotiations over the proposed new 6.1 kilometre long Padma river bridge with the ruling AL Government .They alleged corruption on part of certain officials involved with the project and asked for their immediate removal, in addition to introducing new stiffer provisions.

Prime Minister Hasina’s response was as unexpected as well as drastic: Bangladesh officially rejected all charges of corruption following an immediate probe. However as Bank officials still insisted that they could not finance the project (current cost estimates more than $5 billion!) unless some of their other terms were met, Prime Minister Hasina broke off ongoing negotiations and announced, she was not interested in taking the World bank loan.

Currently Chinese companies are building the massive bridge which is expected to be fully ready in a few months’ time.

As for Russia’s war against Ukraine, Bangladesh like India has abstained from the UN General Assembly vote, refusing to condemn Russia strongly. Dhaka’s official stand is,’ Both Ukraine and Russia are friends of Bangladesh. The country imports 70% of its wheat requirement from them. There should be an early settlement of all pending issues between the two countries through dialogue. Both Russians and Ukrainians must live in harmony and ensure that lasting peace prevails in Europe and the larger world, according to Dhaka media.

Bangladesh’s tightrope walking in the background of a highly volatile, rapidly shifting political scenario did not impress the West. As reported in these columns, Lithuania immediately hit back by withholding a promised supply of Covid pandemic medicines to Bangladesh enraged by its neutral stand. Diplomats from western countries strongly demanded that the Bangladeshi government must condemn Russia is unequivocally stronger and terms and align totally with other countries toeing the US/EU/UK like.

As a Kolkata-based observer explains , this upset Prime Minister Hasina, who is nothing if not a strongly nationalistic leader first and foremost. Having braved the anger of the US-led West, as citizens of a very poor country fighting off the mighty Pakistani army to secure their freedom and minimum rights, AL leaders remain fiercely proud of their achievements. The pressure tactics of the EU and US have boomeranged. . There were questions in Bangladeshi media, ‘Where were the US and the UK in 1971 ?’

Given Hasina’s earlier record, EU countries /the US might have carried their bullying of a South Asian country too far, at least in terms of the results their efforts have achieved so far. (IPA Service)