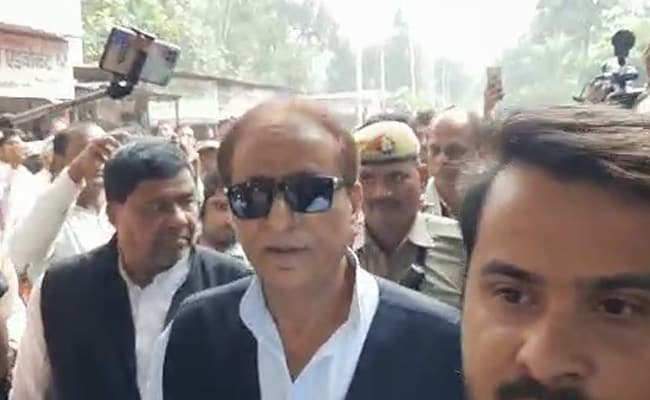 Samajwadi Party leader Azam Khan’s assembly seat was declared vacant by the Uttar Pradesh speaker this evening, formalising his disqualification as the MLA from the Rampur seat.

Mr Khan, Vidhan sabha sources told NDTV, was automatically disqualified on Thursday, when he was sentenced to three years in prison for a 2019 hate speech against Prime Minister Narendra Modi and Uttar Pradesh Chief Minister Yogi Adityanath. By declaring his seat vacant, the disqualification was formalised, the sources said

The 74-year-old leader lost his MLA post because as per the 2013 Supreme Court judgment if an MLA, MLC or MP is convicted in a criminal case and gets jailed for a minimum of two years then he/she loses membership of the house with immediate effect.

On Thursday, after his hate speech conviction, Azam Khan was granted bail and given a week’s time to appeal against the sentence.

Azam Khan is seen as the number two leader in Akhilesh Yadav’s Samajwadi Party, with a strong following in Rampur and other parts of western Uttar Pradesh.

The Samajwadi leader faces 87 cases, with charges ranging from corruption and theft to land grab, filed since the BJP took power in Uttar Pradesh in 2017.

Azam Khan’s conviction came a week after the Supreme Court asked the Centre and the Delhi, Uttar Pradesh and Uttarakhand governments to act tough on hate speeches, warning that any delay in taking action would invite the court’s contempt.