As President Of Brazil, Lula Could Lead A New Nonalignment Movement 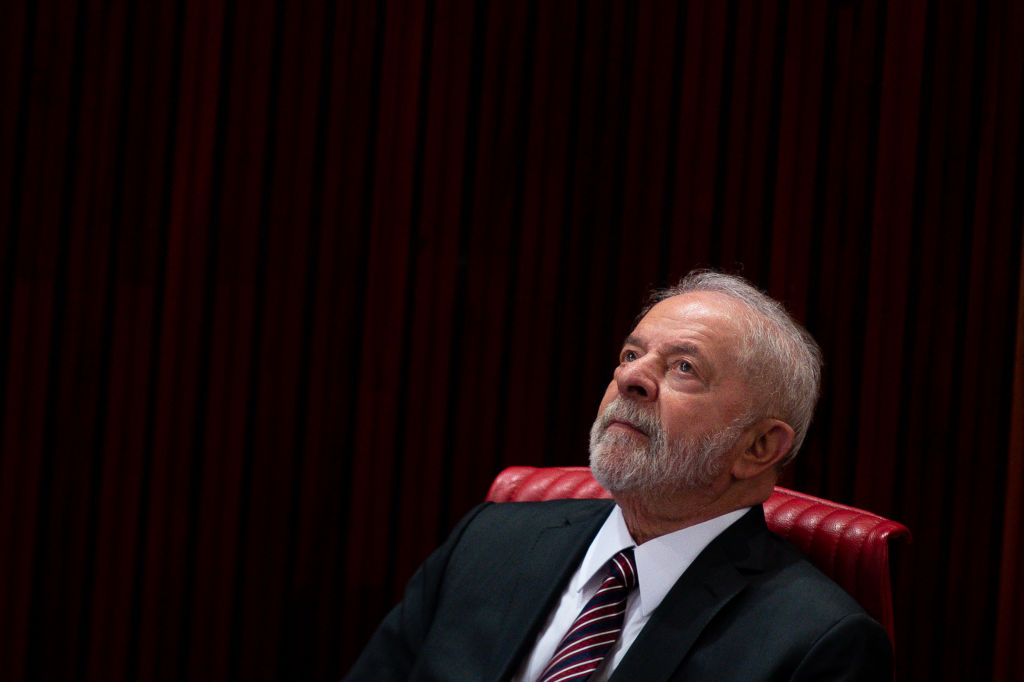 Lula da Silva’s victory in this year’s Brazilian presidential election marks a significant political shift not only in Brazil, which spent the past three years under the leadership of the far-right Bolsonaro administration, but on the global geopolitical stage.

In 2009, as then president of Brazil, Lula took a leading role in the foundation of BRICS, a group of emerging economies (Brazil, Russia, India, China, and South Africa) challenging the dominance of Western capital. When he returns to office, Lula’s economic and foreign policy approaches are likely once again to challenge the United States’ global political-economic dominance.

But we can expect some nuance to Lula’s approach, too. He appears uninterested in entangling Brazil and BRICS in the standoff between the United States and China, currently shaping up in the form of a trade war. Instead, Lula is likely to pursue a sovereign third path in the vein of the twentieth century’s Non-Aligned Movement, a group of nations that pledged fealty to neither the United States nor the Soviet Union during the Cold War.

“We will not accept a new Cold War between the United States and China,” Lula said in his October 30 victory speech. “We will have relations with everyone.”

The global free market is currently in crisis, and is bracing for more. This has created windows of opportunity for so-called third world economies — an outdated metric that typically denotes the level of a country’s development during the Cold War — to become key players in the global power struggle.

A great deal of ink has been spilled about China’s challenge, via its Belt and Road Initiative, to the United States’ economic dominance. But that focus has glossed over the political significance of other emergent economies in the Global South that haven’t picked a dog in the fight between the two global superpowers.

In a major departure from the twentieth-century structural adjustment programs that brought the Global South to heel, many countries in the Global South now demand concessions from Western investors rather than the other way around. India and Indonesia have recently secured favourable deals with competing foreign investors drawn to their rapidly growing consumer and financial markets. In those deals, they’ve been able to stipulate state-capitalist projects that prioritize their national economic interests focused on hard infrastructure and renewable, independent energy sources.

Meanwhile the Gulf States in the Middle East, long economically competitive thanks to vast amounts of oil but invariably tethered to the US petrodollar, have begun to shift toward neoliberal financialisation in a bid to eventually decouple from Western capital’s ebbs and flows. This recently came to a head with the Saudi-led OPEC+ decision not to increase oil production at the Biden administration’s political expense.

It is crucial to stress that a large chunk of these governments’ newfound authority rests on political authoritarianism and economic exploitation at home; while mounting a necessary challenge to Western capital, they’re hardly saints. Still, their growing comfort with conditioning and even deviating from Western political-economic interests is an important development in the geopolitical landscape that Lula and BRICS are set to reenter.

And not all of the nations challenging Western imperatives are capitalist dictatorships like Saudi Arabia. Latin American countries have seen a wave of leftist presidential candidates win democratic elections in recent years. Lula’s victory in Brazil, the continent’s largest economy and the world’s tenth, is only the latest development in this decade-long trend dubbed the “Pink Tide.” The people of Argentina, Chile, Colombia, Mexico, Peru and others have elected politicians campaigning on policies prioritizing national economic and environmental interests over Western political and financial ones. Lula is currently courting Argentinian president Alberto Fernandez to join BRICS.

The Global South’s relative neutrality on Russia’s invasion of Ukraine is telling of these economic shifts. Leading economies including India, Indonesia, Brazil, South Africa, Mexico, Saudi Arabia, and the United Arab Emirates have refused to compromise their economic interests to punish Russia.

An even grimmer omen for the United States and its Western allies is that transnational American and European corporations are threatening to leave their nations behind for greener, more profitable pastures offered by their political adversaries and fair-weather friends. American oil and gas corporations lobbied Congress to limit sanctions on Russia in the lead-up to the invasion, contrary to their exploitative posturing in its aftermath. More explicitly, ExxonMobil initially refused to sever its business relations in Russia during the onset of sanctions.

As Russia’s invasion of Ukraine continues to escalate, its implications may accelerate this break from Western capital’s monopoly of the global free market. The West’s attempt to isolate Russia through economic sanctions backfired. Not only have the sanctions failed to stop Russian aggression, but the high oil and gas prices resulting from them have also boosted the rouble’s value.

More importantly, the sanctions are pushing Russia closer to China economically and politically. These conditions have led China and Russia to accelerate long-standing plans to decouple from the US dollar as the de facto universal currency for trade, encouraging other nations to follow suit. At its 2022 summit in Uzbekistan, the Shanghai Cooperation Organisation (SCO), a Eurasian economic alliance spearheaded by Russia and China that Iran is set to join in the near future, finalized a “roadmap” toward trading in member states’ respective national currencies, calling for other countries to drop the dollar and adopt similar measures.

Countries in the Global South had no say on whether sanctions on Russia were appropriate or sound, and yet they’ve paid the price: the universality of the dollar has resulted in inflation that has affected food prices in particular. When asked in October about the dollar’s negative effect on other countries’ economies, Biden told reporters, “I’m not concerned about the strength of the dollar, I’m concerned about the rest of the world. Our economy is strong as hell . . . the problem is the lack of economic growth and sound policy in other countries.” Countries may take Biden’s advice and follow the SCO’s lead, adopting “sound” policies that decouple their economies from the volatile US dollar.

Here’s where Lula and BRICS come in. Lula’s statement that Brazil will “not accept a new Cold War” and will instead look to “establish relations with everyone” suggests that his incoming administration will confidently chart an independent path. In so doing, Brazil could inspire a new nonalignment movement that works to strengthen the sovereign economic system capacities of the Global South through alliances such as BRICS and others, engaging with international trade, foreign investment, and domestic development on their own terms.

At the 2022 United Nations Climate Change Conference (COP27) in Sharm El-Sheikh, Egypt, Lula and his foreign policy advisor Celso Amorim gave speeches stressing Brazil’s intentions to pursue a pragmatic and active foreign policy in this vein. Lula pledged “to help construct a global order that is peaceful and based in dialogue, multilateralism, and multipolarity,” while Amorim called for a revival of UNASUR, the Union of South American Nations — a bloc originally formed by the late Venezuelan socialist leader Hugo Chávez in 2008 to counterbalance US influence in South America.

“Multipolarity” here is not just a buzzword — it’s a reality to which Western governments and corporations are already acclimatizing. In his recent visit to China in November, German chancellor Olaf Scholz, standing alongside CEOs of Volkswagen and global chemical giant BASF, said, “New centres of power are emerging in a multipolar world, and we aim to establish and expand partnerships with all of them.”

While the pacifist motivation behind Lula’s brand of nonalignment and multipolarity is admirable and principled, it could provoke the United States and threaten to scupper the progress the Global South has made in reclaiming its economic sovereignty. One need only look at the fates of the previous Non-Aligned Movement’s leaders in the last Cold War. Countries were pushed to the Soviet sphere for survival against Western aggression, as in Afghanistan and Egypt, or outright exiled and purged with foreign US backing, as in Indonesia and Ghana.

The answer isn’t full-blown alignment with the Sino-Russian sphere, which uses the same exploitative and oppressive methods the United States does, except in antagonism to it. Still, Lula must proceed with caution, as naivety toward American foreign policy could quickly turn the Global South’s optimistic future into a pessimistic one. (IPA Service)

RBI Affidavit On Demonetisation Obfuscates Rather Than Clarifying