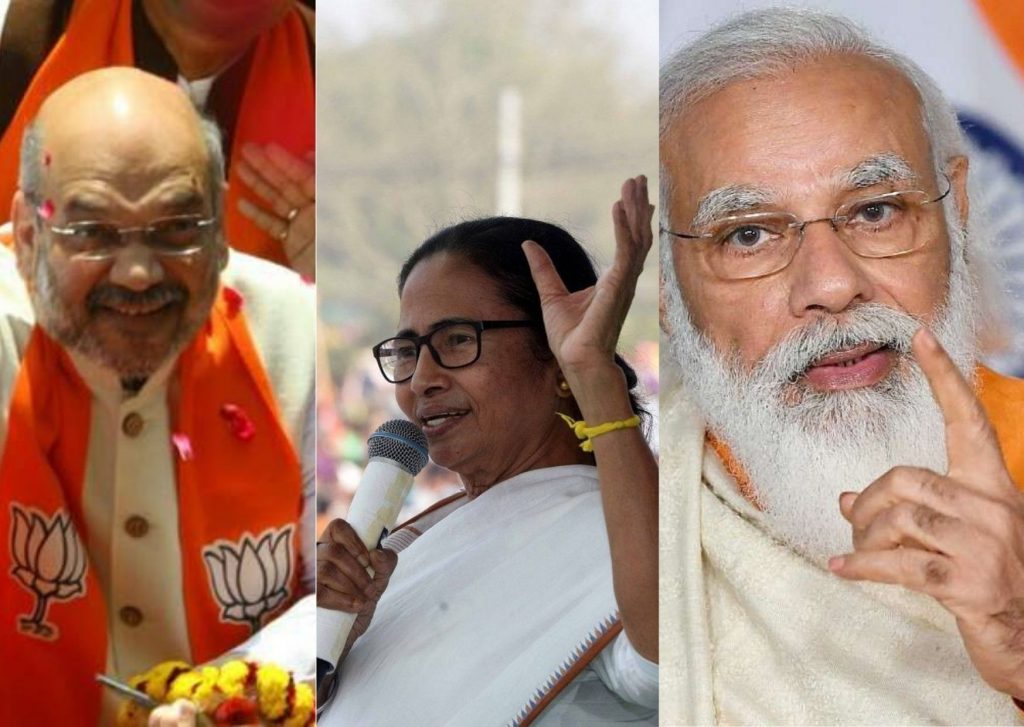 West Bengal BJP leaders were caught on the wrong foot when Union home minister Amit Shah during his recent visit to Kolkata asked them the reason behind a rise in Left parties strength in the state. Complacent in the knowledge of being the Opposition party in the state Assembly, the local BJP leaders have overlooked a fact which Shah despite being far away from the state had zeroed in on.

There is nothing to be surprised about the Union home minister’s knowledge about a bit rise in strength of Left forces in the state. He has come to know of it owing to the outreach of his ministry.

But the fact remains that local BJP leaders despite being the men on the spot have been unaware of it though Left forces closing ranks is no clandestine affairs. But so busy were the state saffron camp leaders in intra-party squabbles and a war of words with the ruling Trinamool Congress that they overlooked the signs and signals of Left stirrings which they should have perceived much earlier.

A big procession by SFi, the students wing of the CPI(M) in Midnapur (West) at Goaltor, once a Maoist bastion last month which was followed by another at Pirakata marked clear signs of CPI(M)’s endeavour  to regain lost ground. But it did not appear in the saffron camp radar.

If Shah’s question had made some of the state leaders admit that their touch with the rank and file is not what should have been, the minister’s concern had been voiced earlier by a local leader.  Months ago, a veteran BJP leader from Purulia, Narahari Mahata had told state leaders at the party’s Hastings office that while  they are confabulating in air conditioned comfort, the CPI(,M) leaders are doing their job at the grassroot level.

For following a brief lull after its worst post-independence electoral performance in 2021, the CPI(M) started picking up the organisational pieces. It’s manifestation came in the form of meetings of varying sizes at Trinamool strongholds in Magrahat in South-24-Parganas, Bishnupur, Canning, Budge Budge.

The meetings continued to be held in parts of North-24-Parganas together with saffron strongholds like Coochbehar, Jalpaiguri, Alipurduar but failed to disrupt the slumber of the state saffron camp. If a report of state committee of the CPI(M) is anything to go by about  60 to 70 per cent booths have been covered till date in this ground regaining exercise over the last two months.

Veteran politician that Shah is, these signals have not escaped his sight. But a plethora of programmes notwithstanding, the Left is yet to go a long way to regain the space it has lost to the saffron camp in successive elections, a senior CPI(M) leader said.

The rise in the footfall in the CPI(M) rallies can be traced to its championing various causes which are burning issues in the state There have been a marked participation of   CPI(M) activists and leaders in cases of non-payment of enhanced dearness allowance to state government players and cash for teaching jobs scam.

The role of central probe agencies like ED and CBI have been highlighted in the arrest of former education minister Partha Chatterjee and senior education department officials, putting Trinamool’s Birbhum strongman Anubrata Mondal behind the bars on charges of cattle smuggling and assets disproportionate to income. Though the state BJP leaders have credited these to the pro active central agencies run by their government, the state unit has remained far short from reflected glory.

There is a public perception that the state saffron unit is progressing on a crutch of central probe agencies. Postponing a march to Nabana, after having announced a date for it have not brightened the state BJP’s image. The BJP is bogged in its factional feuds but the CPI(M) led Left  is  doing some solid ground work for winning some seats   in the coming panchayat elections early next year. For both BJP and the Left, the panchayat results will show the political barometer in the state before the Lok Sabha polls in 2024. BJP’s task is tougher as it   has to defend its position of the main opposition party in the state, far ahead of the CPI(M). (IPA Service)

Narendra Modi Govt Is Avoiding Discussion On Tawang In Parliament