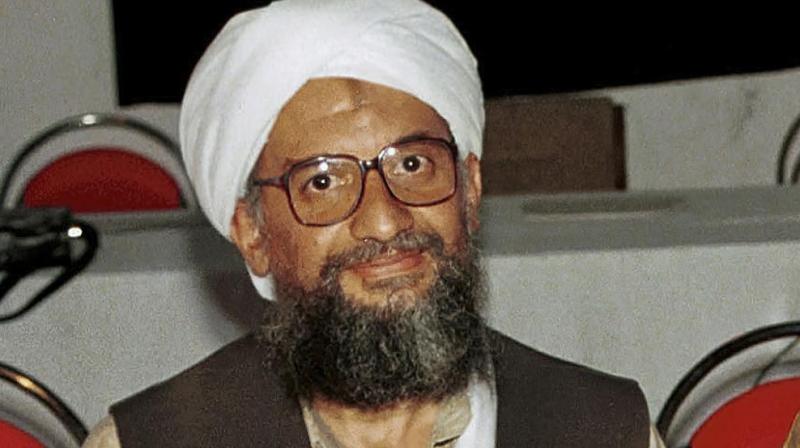 President Joe Biden was not wrong when he declared that “justice has been served” with the killing of Al Qaeda leader Ayman Zawahiri in a US drone strike.

The problem is that’s only half of the truth; the other half is that Zawahiri was more a has-been than a power to be reckoned with on the jihadist totem pole. In death, he may have scored his most significant achievement since becoming head of Al Qaeda as the symbol of the failure of decades of war in Afghanistan.

Zawahiri’s presence in Kabul in a house owned by Sirajuddin Haqqani, Afghanistan’s de facto deputy head of state, will be touted as evidence that Afghanistan has reverted to being a base for terrorist groups. Haqqani’s son and son-in-law are believed to have also died in the drone strike.

In addition, the killing will likely become a partisan issue in domestic US politics, with Republicans pointing to Biden’s bungled withdrawal a year ago of US troops from Afghanistan.

In anticipation of the criticism, Biden said the killing demonstrated the United States’ post-withdrawal ability to protect Americans without “thousands of boots on the ground.”

Even so, the withdrawal resulted from a war that the United States and its allies could not win and a fundamentally flawed US-Taliban agreement negotiated by the administration of former President Donald J. Trump that helped the Taliban regain power.

Since succeeding Osama bin Laden after the United States killed him in 2011, Zawahiri, the man who helped shape Al Qaeda from day one, could not garner the stature of the group’s former leader. Nor was he able to impose his will on Al Qaeda franchises in Yemen, Somalia, and elsewhere in Africa.

Researcher Nelly Lahoud argues in a recently published book based on computer files confiscated in the US raid that killed Bin Laden that Al Qaeda had lost much of its operational capability in the immediate years after the 2001 invasion of Afghanistan.

If Zawahiri’s presence in Kabul raises questions about the Taliban’s willingness and determination to prevent militant groups from operating from its territory, repeated Islamic State attacks on domestic Afghan targets, and the firing of rockets into Tajikistan and Uzbekistan call into question the group’s ability to do so.

To be sure, granting Al Qaeda leaders shelter does not by definition amount to Taliban acquiescence of the group launching attacks from Afghan soil.

The questions are particularly acute given that Zawahiri was killed days after the Taliban engaged with representatives of 30 countries at a conference in the Uzbek capital of Tashkent in a bid to unfreeze some US$7 billion in Afghan foreign currency reserves.

The Taliban regime has yet to be officially recognized by any country. Countries across geopolitical divides have insisted that the Taliban first demonstrate their willingness and ability to control all of Afghanistan and curtail militant groups.

The international community also required the Taliban to form an inclusive government and ensure women’s rights. The Taliban have yet to deliver on any of its promises.

Reporting to the United Nations Security Council in January, UN Special Representative for Afghanistan Deborah Lyons noted that “the existence of numerous terrorist groups in Afghanistan remains a broad international and especially regional concern. The desire of the de facto authorities to take on this threat across the board remains to be convincingly demonstrated.”

Lyons’ remarks have seemingly gone unheeded in Kabul. In response to the Islamic State attacks on Tajikistan, home to Russia’s largest foreign military base, the Taliban are building a watchtower on the two countries’ border with the help of a Tajik group bent on changing the regime in Dushanbe.

Adding insult to injury, graffiti near the tower celebrates Muhammad Sharipov, aka M. Arsalon or Mahdi Arsalon, a Tajik national wanted by authorities for the past eight years on terrorism charges.

During talks last month, Tajik President Emomali Rahmon cautioned his Russian counterpart, Vladimir Putin, against a possible recognition by Moscow of the Taliban regime. Putin insisted that he would consider Tajik concerns about ethnic minority rights in Afghanistan.

While ethnic minority rights may be a Tajik concern, the opposite may be true for China. China fears that the militant Turkestan Islamic Party (TIP), also known as the East Turkestan Islamic Movement (ETIM), hardened by the war in Syria, may want to use Afghanistan as a launching pad for attacks in retaliation for China’s brutal crackdown on the Uyghur Turkic Muslim minority in the northwestern province of Xinjiang.

A United Nations Security Council report said last month that the group had built strongholds in Badakhshan near the Chinese border in northeast Afghanistan, where it had “expanded its area of operations and covertly purchased weapons, with the aim of improving its capabilities for terrorist activities.”

The Taliban suggested that they had moved the estimated 1,000 Uyghur fighters away from the Chinese border to other parts of Afghanistan last October. China has long pressed the Taliban to curtail the group’s activity.

Creating distance between Uyghur militants and the Chinese border may not be good enough. The Islamic State sought to make that clear when it employed an Uyghur as a suicide bomber in an attack last October on a Shiite Muslim mosque in the Afghan city of Kunduz.

The message was: Uyghur militants have alternatives. The Taliban may not be their best bet. (IPA Service)

Price Rise Of Essential Commodities Has Led The Poor Gasping In India
Posting....