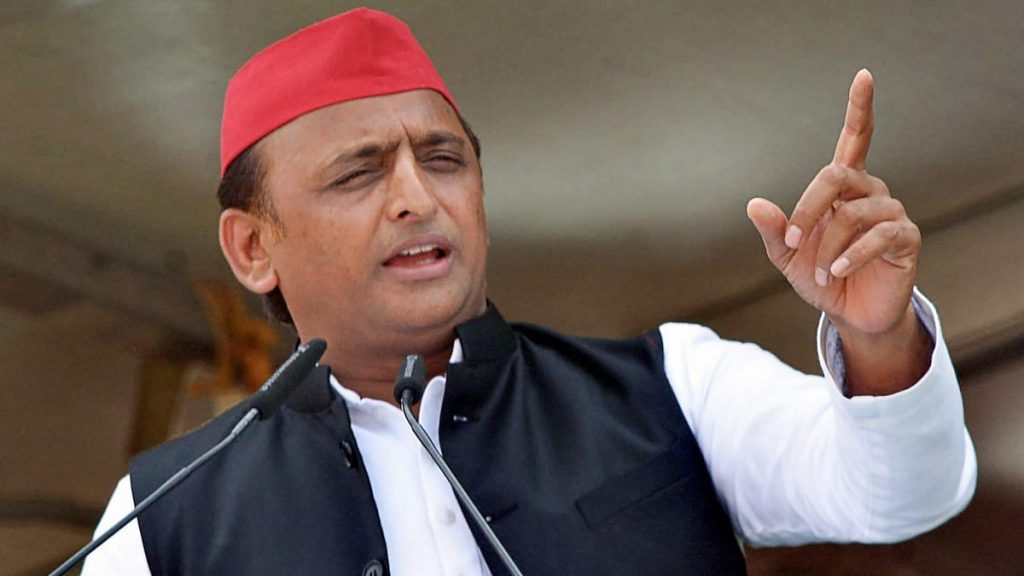 LUCKNOW: Samajwadi Party national President Akhilesh Yadav who took over as Leader of the Opposition in Uttar Pradesh Assembly  after the recent state assembly elections, is now in an action mode monitoring every step of Yogi government and taking decision accordingly.  Soon after taking over as Leader of Opposition, Akhilesh Yadav said that “we are taking pledge that the goal of the Samajwadi Party is to fight for the issues of people”.

With 111 MLAs of Samajwadi Party and with alliance partners total strength of 125 MLAs Akhilesh Yadav is a strong Leader of Opposition capable of keeping Yogi government under pressure. Akhilesh Yadav is making people aware of shortcoming of Yogi government through media and sending party delegation to districts to meet victims and their familes who are being harassed by anti-social elements.

Former chief minister Akhilesh Yadav is very much critical of Yogi government decision to create 10, 000 jobs in 100 days. Akhilesh Yadav said that the decision was just a propaganda as the government was insensitive toward the problems of youth all along.

Akhilesh Yadav said this decision was just like previous government’s claim of proving five lakh jobs to youth. Leader of the Opposition alleged that government could not justify its claim as no data was made public.

The SP supremo said the manner in which poor woman tried to commit suicide before BJP headquarters was a sad commentary on state of affairs in the state. Leader of Opposition said in which a poor vendor selling vegetable biryani was harassed by goons in Meerut, spoke of prevailing jungle raj.

Citing cases of Etah and Kanpur dehat, Akhilesh Yadav said farmers were forced to commit suicide to government apathy and poor economic conditions prevailing in the state. Akhilesh Yadav sent a party delegation to Chandauli district to meet victims of large-scale arson in Sikandarpur village and demanded action against culprits.

Leader of the Opposition alleged that zero tolerance on corruption claim made by the government was just eyewash as thana, tehsil and collectorate had become centre for corruption during BJP regime. Akhilesh Yadav said while on one hand BJP was raising slogan Sabka haath sabka saath aur sabka vishwas, on the other hand it was promoting politics of hate. (IPA Service)