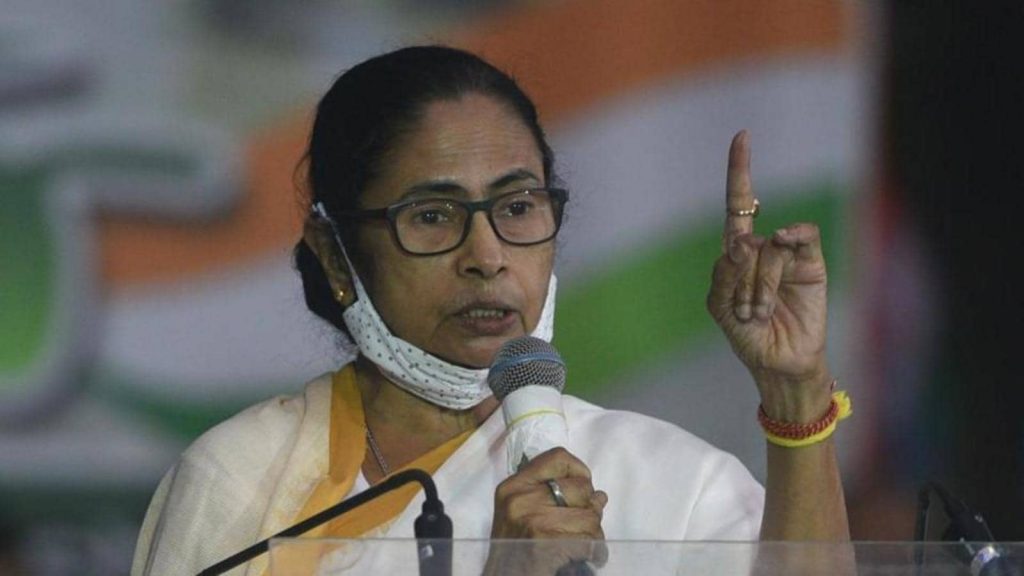 In the fight for the pole position among regional outfits, the Aam Admi Party (AAP) led by Mr Arvind Kejriwal has opened up a sizable lead over early front runner Trinamool Congress (TMC). What’s worse for TMC chief Mamata Banerjee, present trends do not favour her party. The energetic Chief Minister of Bengal is getting increasingly bogged down in a quagmire of bruising inquiries and legal battles against myriad central crime -investigating agencies.

Until recently, the attitude of the TMC towards the AAP was patronizingly avuncular. It was enthusiastically supportive of the latter’s creditable performance in North India against the mighty Bharatiya Janata Party (BJP). The Chief Minister of Bengal always addressed her younger Delhi counterpart in generous terms during their common anti-BJP campaign. Mr Kejriwal also played her loyal younger brother’s role to perfection — until he chose to become more attentive to the aspirations of the majority community.

In recent times there has occurred a subtle change in the mutually complementary relationship between Delhi and Kolkata after the results of five State Assembly elections were declared on March 10. The AAP carved out an impressive victory over its older and much bigger rivals the BJP and the Congress in Punjab. It emphatically emerged as the lead runner among regional opposition parties.

The first decisive fallout of these elections has occurred within the opposition: relations between the TMC and the AAP suddenly changed from a state of happy brotherhood to competition.

In the run up to the Assembly elections, there was a consensus among media analysts/observers that in terms of the intensity and consistency of their anti-BJP campaigns, the TMC was the undisputed leader of regional parties. The result from Punjab has forced a resetting of such assumptions.

However, it was not just its decisive victory in Punjab alone that changed the earlier alignment within the opposition. . Other smaller factors too, had diminished the TMC’s dominant narrative among opposition parties.

The TMC had contested the Assembly polls in Goa. It had not fought the elections in all five states. However, it had participated in a major way in recent civic polls and some by-elections in Tripura, hoping to win some support among Bengali voters in the Northeast. Both In Tripura and Goa it carried out a high-octane, expensive political campaign for weeks. TMC leaders camped in both states for weeks often using helicopters and staying in the best local hotels. They spared no costs in arranging meetings, rallies, putting up mega-size posters etc.

The Bengal Chief Minister visited Goa herself while her nephew MP Abhishek Banerjee spent several days in both states.

The AAP also contested the Goa elections, but its campaign was visibly quieter and low key in comparison with the efforts made by the TMC. Yet, the March 10 outcome showed that it had won two seats in the house of 40 and a good percentage of votes, while the TMC drew a blank!

Post elections, senior Bengal TMC leaders, congratulated the AAP for its Punjab victory. But they spoke far more about the BJP’s decline, than Mr Kejriwal’s success. They studiously avoided comparisons with the markedly better results achieved by the AAP.

A senior TMC leader told this writer, ’The biggest takeaway from Punjab is that the BJP and Congress national parties both, were trounced and a regional party won. The broad message is more important than which regional party has come first — in any case the TMC did not fight everywhere.’

His reticence provided a strong confirmation of reports that the TMC had not really relished the AAP’s success.

Certain comments made by AAP leaders during their campaign in Goa told their own story. They faced an accusation that the only purpose of outstation regional parties (read the TMC or AAP) fighting in Goa polls was to cut into the anti BJP Congress votes and help the former. AAP leaders countered by questioning the TMC’s decision: ‘Why was the TMC putting up its candidates all of a sudden, with no local base or any preparation? Elections are not fought in such a manner’.

This annoyed the Bengal-based TMC leaders no end. Only the final outcome, revealing that in Goa the AAP had done much better, has kept them quiet, albeit sullenly, for now. But TMC insiders admit, clearly the old chummy days are over!

So far the AAP has not announced its moves for the future a la the TMC, but the signs do not look good for the Bengal-based TMC.

Only some four months ago, former MP and Congress leader from Sirsa, Haryana Mr Ashok Tanwar had joined the TMC .He had been given the charge of establishing the TMC in Haryana, after he fell out with Congress leader Mr Bhupinder Singh Hooda over tickets distributions for elections. The decision to induct him was made after Mr Prashant Kishor spoke to the TMC leadership.

Now comes news that he has joined the AAP, which he naturally finds a better choice with its North Indian base and roots, than the Bengal-based unfamiliar TMC. Incidentally it is the TMC that has targeted visiting North Indian political leaders of other parties as ‘outsiders who tarnish Bengal’s image and culture’. So far no Bengal TMC leader has commented on Mr Tanwar’s decision to ditch their party.

Nor is this a North Indian phenomenon. TMC leaders could well argue that Mr, Tanwar’s move exposes his political opportunism, not their party’s failure.

However, the TMC itself has fostered the art of rehabilitating sullen dissidents/deserters of most other parties in many states of India, instantly promoting them to high positions in the organisation or the Rajya Sabha. At times even their murky records in some cases did not stop the TMC from embracing them.

In Tripura the TMC had won only one out of 334 municipal seats after its disastrous political campaign to strike a root in the Northeast — a feat that Mr. Abhishek Banerjee had lost no time in proudly highlighting in the Bengal-based mass media. Sadly, even this gentleman later quit the TMC and joined the BJP, According to Tripura press reports, the lack of direction and purpose in the TMC had demoralised him. And this, after carrying out a campaign that reportedly cost huge funds and saddled the TMC with a slew of court cases!

Bad news from Tripura and Haryana does not necessarily mean that the situation is better in other states. The AAP has indicated that it would contest the coming Guwahati civic elections and fight at least 40 out of the 60 seats on offer. Local political activists, youths and well wishers, impressed by the AAP’s record of good governance in Delhi and its impressive show in Punjab, are helping AAP leaders to select promising young candidates who should put up a good fight.

This comes in the background of a few attempts made by the TMC earlier to establish a footing of sorts in Assam, in the Bengali-majority Barak valley and elsewhere. But somehow the TMC’s rough- and- tumble kind of politics did not click and the locals including Bengalis, did not respond well.

The unkindest cut could well occur in Bengal. The AAP is reportedly securing space for a new office somewhere in Kolkata, to mark its presence in Bengal. It had set up a small office some time ago in central Kolkata. A few local professionals, including economists and engineers, had joined the party. However, not much came of such efforts, which would be resumed with greater energy, from now.

How would the TMC and its mercurial leader react as the AAP sets the pace and consolidates its position as the undisputed first among regional parties in India? The TMC leadership in Bengal is worried at AAP’s expansion plans in Bengal (IPA Service)

CPI Greets The 23rd Congress Of CPI(M) In Kannur Which Began On April 6
Posting....