After The U.S. Midterm, The Democrats Should Do Some Soul-Searching 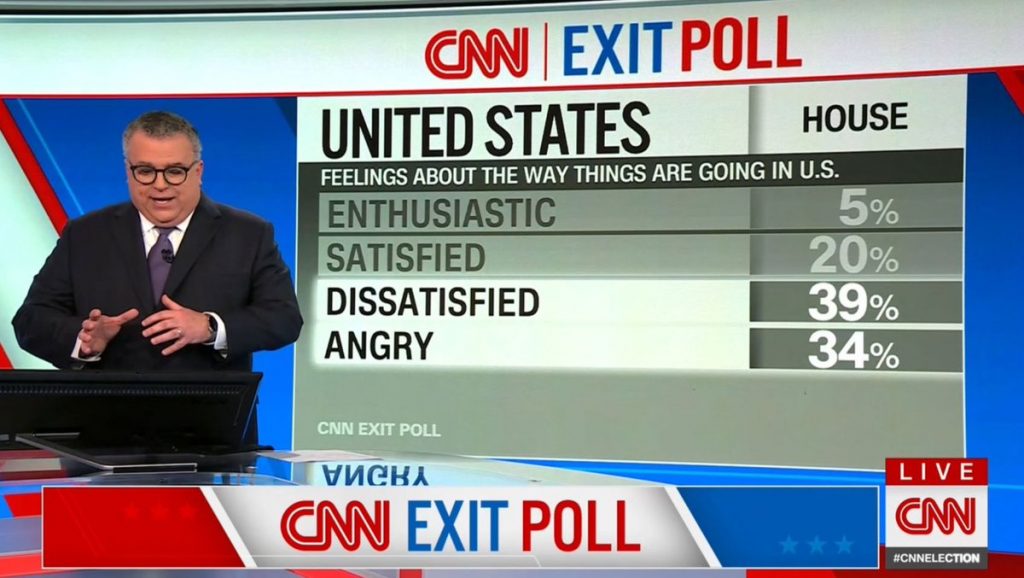 As results continue to trickle in, it’s safe to say two things about the 2022 midterms. One, the Republicans massively underperformed, squandering what should’ve been a slam dunk at a time of significant voter discontent. Two, this is one of the stranger election results in modern political memory.

In the end, there was no red wave, at least not nationally. Republicans romped in Florida ― which has moved sharply to the right, with even the formerly reliably blue Miami-Dade County giving Governor Ron DeSantis the best GOP margin in decades ― and in New York of all places, where a combination of factors led Republicans to sweep Long Island races, building on GOP success there last year, and possibly ending eleventh-hour Democratic hopes to hold on to the House.

Republicans’ failure to take several vulnerable Virginia House districts was an early portent of what was to come. So was Senator Maggie Hassan’s early lead in New Hampshire, in a race polls had suggested was going to be much closer than it ended up being. Over the course of the night, Republican ambitions narrowed ever further, from a smaller House and Senate majority than expected to now fighting to have a majority at all in either.

In perhaps the biggest upset of the night ― and surely one of the great political fairy tales in recent US history ― Pennsylvania lieutenant governor John Fetterman beat talk show host Dr Oz for a Senate seat despite having suffered a nearly life-ending stroke on the eve of primary election voting back in May. Fetterman’s early lead over Oz had evaporated in the last few months, and most political observers counted him out after a debate performance that put on full display the temporary speaking disability he’d been left with as a result.

Fetterman, a progressive populist known for his huge size, penchant for shorts, and plainspoken style, seems to have disproven long-standing centrist narratives around what kind of candidates can win in Trump-leaning areas. The state as a whole saw Democratic gains all over, taking the governor’s mansion and coming within striking distance of knocking off Republican control of the state house. Together with the victory of longtime Bernie Sanders ally Peter Welch in the Vermont Senate seat vacated by Patrick Leahy, the socialist independent will now have two key allies in the upper chamber. (Fetterman endorsed Sanders for president in 2016, and Sanders in turn endorsed him for Senate this year).

Other closely watched Senate races didn’t go the GOP’s way. In Georgia, Senator Raphael Warnock ― who won a narrow runoff last year in the surprisingly purple state on the back of promises of $2,000 checks to Georgians ― could be headed for another runoff, having taken a late, narrow lead over football star Herschel Walker in a race where he was not expected to. In Arizona, hard-right insurgent candidate and election denier Blake Masters is running well behind incumbent senator Mark Kelly with 70 percent of the votes counted, another recently purple state that had been tipped to be much closer. In Wisconsin, Republican incumbent senator Ron Johnson cancelled his victory speech as he sits on a narrow lead against Lieutenant Governor Mandela Barnes.

In others, Republicans have held on to their early advantage. In Nevada, incumbent Democratic senator Catherine Cortez Masto is currently trailing GOP challenger Adam Laxalt by two points in a race that will likely prove to be a squeaker. Venture capitalist and Hillbilly Elegy author J. D. Vance won the Senate seat in Ohio against Democratic representative Tim Ryan, who had run a populist, worker-centred campaign in a state Donald Trump had comfortably carried the last two presidential cycles, and who was largely abandoned by the national party leadership.

Still, Ryan ended up winning the state’s independents and generally outperformed Biden across the state, which, together with the populist Fetterman campaign’s similar outperformance of Biden in red-flirting Pennsylvania, may point to a future pathway for the party as it struggles to win back the Rust Belt.

There were other bright spots for the party in Ohio, though, with longtime Democratic incumbent Marcy Kaptur hanging on to her House seat in the face of a tough challenge, similarly longtime Republican incumbent Steve Chabot losing his House seat to Cincinnati city councilmember Greg Landsman, and state representative Emilia Sykes winning a tough open seat race against a Trump endorsee. In all, Democrats won five of fifteen Congressional seats in the state, though Republicans triumphed at the state level.

The party likewise did surprisingly well in gubernatorial races, flipping the governor’s mansions in Massachusetts and Maryland, and hanging on to those in Wisconsin, Maine, Minnesota, New Mexico, Illinois, Kansas, Oregon, and Michigan, where Democrats now also control both legislative chambers for the first time in forty years. Nevada is too close to call, as is Arizona, where election denier Kari Lake started publicly suggesting the results could be fraudulent right before she began narrowing her rival’s lead. Republican governors have won in Georgia, Texas, and, of course, Florida, while New York’s hard-right GOP challenger Lee Zeldin made a surprisingly good showing in the liberal state. Meanwhile, Democrats consolidated their hold on Colorado, where the GOP had hoped to eat into the party’s strength in a state that had been reliably red until Barack Obama’s first campaign in 2008.

Maybe most significant for the Left were the spate of victories by socialist candidates and progressives backed by key outside groups like the Working Families Party and Justice Democrats. Four new “Squad” members have now been elected to the US House ― Summer Lee in Pennsylvania, Greg Casar in Texas, Delia Ramirez in Illinois, and Maxwell Frost in Florida ― expanding the left-wing bloc’s numbers to twelve members and equalling the feat of the original “Squad” back in 2018, whose four seats were viewed as an epochal triumph for the growing American left.

Frost and Ramirez each ran on flagship policies backed by socialists like Medicare for All and the Green New Deal. Both Casar and Lee, meanwhile, were members of the Democratic Socialists of America (DSA), with Lee among the first wave of socialist insurgents to win office back in 2018. Both have ended up somewhat estranged from the organization over the course of this election cycle though, in Casar’s case for moving to the centre on Israel and Palestine, while Lee has left the organization entirely. Her race was particularly significant, given that she was running in a purple district, and that she faced not one but two big money onslaughts from AIPAC, in both the primary contest she narrowly won and now the general election she cruised to victory in.

Meanwhile, several major ballot measures have passed that continue to suggest that, beyond the fortunes of individual candidates, Americans even in red states support the policies favoured by the Left. South Dakota finally expanded Medicaid, Nebraska raised its minimum wage to $15 an hour, Illinois voted to ban right-to-work, and New Mexico voted to pour more money into public education, while California, Michigan, and Vermont all enshrined abortion rights in their state constitutions. Kentucky and Montana voters, meanwhile, rejected attempts to ban abortion at the state level.

As it stands, Democrats are within striking distance of just barely holding on to the Senate, while Republicans are looking at, at best, a slim House majority, which would be a headache for a GOP leadership that would have to contend with both the leverage of its extremist minority and that of House progressives, and which will severely hamstring their postelection plans to attack labour organizing and slash social spending. That they’ve managed to fail so badly at a time of profound voter unhappiness and with a historically unpopular president from the other party may be a sign of just how unpopular and fringe the party’s retrograde social agenda and continued attachment to Trump absurdities around election fraud and the like really are.

But it should also spark some soul-searching from the Democrats, who are already treating a projected loss of the House as a victory. If the party was able to capitalize on GOP extremism to this extent under these conditions, one can only imagine how they might have done with an actual economic message and accomplishments to back it up. (IPA Service)

Retired Chief Justice U U Lalit Did A Lot In His 74 Days In Supreme Court
Posting....