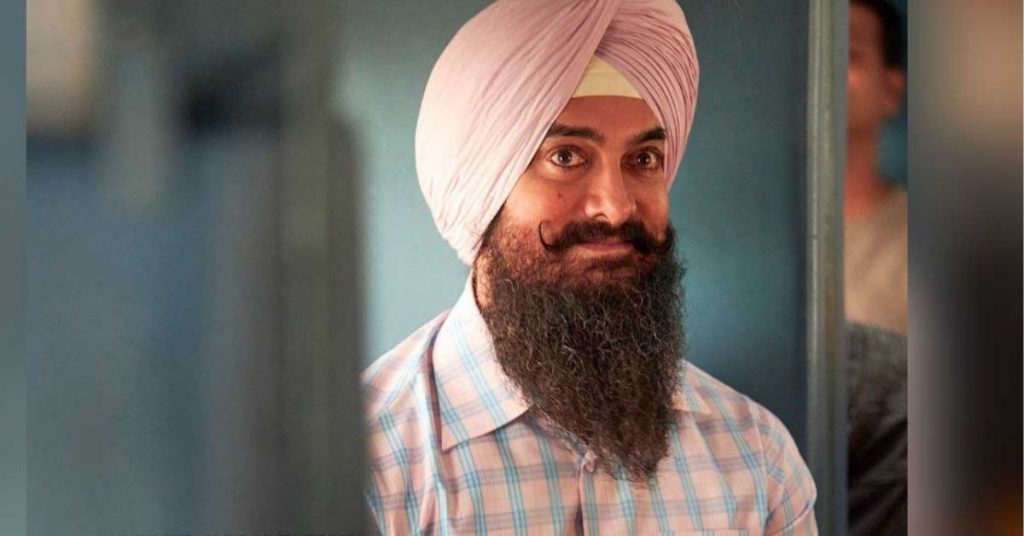 Actors Aamir Khan and Kareena Kapoor Khan are getting “brutally trolled”, along with Laal Singh Chadda. On Twitter, Facebook, and Instagram. And people are loving the word ‘brutally’. Especially sub-editors, and headliners. Aamir and Kareena can only “block” the trolls. But that is fraught with risk. The next thing will be the screenshot of “Aamir Khan Blocked You” going viral.

That will be really bad publicity chasing bad publicity. Nobody in his right mind will want that. Not Aamir Khan, if he wants the crores he had sunk in #LaalSinghChadda not to sink completely. The movie is a Forrest Gump lookalike in a Sikh turban making its Bollywood debut.

Aamir Khan is being compared to Hollywood actor Tom Hanks and Twitter isn’t playing fair. Khan is getting flak for copy-pasting the original. That said, #LaalSinghChadda still has an outside chance to beat #ForrestGump at Gump’s own game. The tragedy is ‘Sardar’ Chadda is paying for ‘Muslim’ Aamir Khan and ‘half-Muslim’ Kareena Kapoor Khan’s short-sightedness.

Kareena Kapoor Khan should have kept her yap shut and Aamir Khan shouldn’t have been too clever by half. Kareena hadn’t made friends when she acted high ‘n mighty and had told Barkha Dutt that she didn’t care if people watched her movies or not, they were not doing her any favours.

Those words haven’t gone with the wind. Kareena’s arrogance now stalks #LaalSinghChadda. It’s Aamir Khan’s money in the sink, he is the producer; Kareena Kapoor Khan has no skin in the movie, she must have already been paid for her role in the flick. Twitter is trending #KareenaKapoorKhan and it’s not about her toned skin and drop-dead looks.

Just the other day, on the heels of Aamir Khan pleading with the “people” to “watch my films, that I love my country”, Kareena Kapoor Khan made it even worse for Aamir by telling media that she didn’t care what happened to #LaalSinghChadda and that one must “learn to ignore things when everybody on Twitter has an opinion”.

Aamir Khan couldn’t have had a worse publicist than Kareena Kapoor Khan. But then, Aamir is no less a bad omen for #LaalSinghChadda. With the film locked up in the cans for release, Aamir was expecting a ‘Dangal’ with the noise in the theatres drowning the negatives from trolls, but Karma was stalking Aamir with the wages of religious insensitiveness.

Some are calling it bigotry raised to an unprecedented level with the movie-medium. A 2015 comment that his wife Kiran Rao felt unsafe living in India isn’t the main reason #LaalSinghChadda is getting the flak, it’s Aamir’s ‘Hindu-hating PK’ which is trolling #LaalSinghChadda to the pits of “despondency”.

In ‘PK’, the character Aamir Khan played “peed” on Shiva who was seen running scared all over the big screen. For all the good stuff Aamir did in ‘Satyameva Jayate’, Khan murdered with the short-sightedness filmed in ‘PK’. Add to that Aamir Khan’s trip to Turkey with pictures of him and Erdogan’s wife together going viral, and the Aamir Khan villainy is complete!

The only consolation for Aamir Khan will be that #LaalSinghChadda isn’t the first movie to get burnt, if it does. Other movies and other actors have felt the #Boycott hashtag ruin life. The most recent was Ranbir Kapoor’s ‘Shamshera’. Even Kangana Ranaut’s ‘Dhakad’ had got a taste of the ‘cancel culture’ Bollywood is being subjected to.

This, after Ranaut went to Varanasi and didn’t make the right Hindu noises to gel with the Gyanvapi findings, proving that no one, not even the Hindutva, would be spared if they betrayed the Hindutva! Ranbir’s ‘Shamshera’ featured a bloodthirsty villain in Hindu colours and bombed at the BO! Earlier, Bollywood was boycotted for its alleged role in the SSR death.

Nowadays, Bollywood is being pitted against the vernacular woods and has been found wanting, especially in the portrayal of Hindu gods and goddesses. Like the BJP has taken advantage of the majority Hindu, the southern woods are also taking advantage of the religious divide.

#LaalSinghChadda will hit screen son August 11 and the “actor-perfectionist” is walking on eggs; acutely aware that Bollywood’s Forrest Gump will be releasing in the shadow of the #BoycottLaalSinghChadda billowing on Twitter along with #AamirKhan and #KareenaKapoorKhan.

Tom Hanks had won an Oscar for playing Forrest. The least that can be done is to give Aamir Khan a consolation prize. The quality and level of trolling he’s battling shouldn’t go unrewarded. The “troll army” is relentless and #Boycott is beating #IStandWithAamirKhan hands down. (IPA Service)

Droupadi Murmu Can Make A Difference In The Life Of Tribals, If She Wants
Posting....