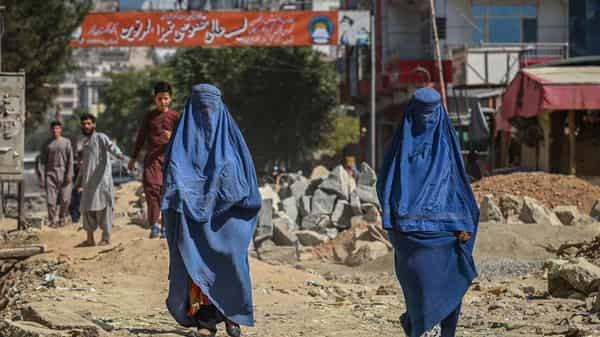 The Emirate of Afghanistan under the Taliban is in a deepening existentialist crisis due to continuity of economic blockade and diplomatic impasse. Till date, excepting Pakistan, Saudi Arabia and UAE, the ultra-Islamic government is yet to be accorded diplomatic recognition, even after 16 months of capture of power in Kabul, despite appeals to regional global powers. Even Qatar which carried on a protracted attempt for a mutual and peaceful settlement among warring political groups of the troubled-ridden state, hasn’t recognized the new regime that imbibes Political Islam.

The USA, yet to get out of shock of humiliating experience of over two decades of trying to tame the Taliban militarily, resorts to a shot-back policy of retaliation through economic blockade and other means of financial strangulation against the Taliban rule. Washington has taken up an aggressive and non-cooperative post-withdrawal policy. The US President Joe Biden’s refusal to release any amount from the $7 billion parked in Afghanistan’s central bank reserves, currently in US possession, has accentuated   the crisis. The USA pulled out of talks with the Taliban on the plea that the assassinated al-Qaeda leader Adman al-Zawahiri was allowed to stay near a house owned by Taliban interior minister Sirajuddin Haqqani.

With the Taliban recalcitrance to strike a compromise with the western powers, Afghanistan has plunged into an unprecedented penury. The concerns about coping with the humanitarian crisis in the approaching winter have been growing. According to a report by the Office for the Coordination of Humanitarian Affairs, 97 percent of the Afghan population languishes under the poverty line as Afghanistan confronts one of the world’s worst humanitarian crises.

Islamabad’s civil-military elite has, along with China, Russia and Iran, emphasized on an “inclusive” political setup comprising inter alia representatives from different ethnicities. An inclusivity-oriented approach would, arguably, help Pakistan prove its readiness to encourage a pluralist stance while reflecting its non-reliance on solely one Afghan stakeholder.

The Taliban leadership is yet to reflect their willingness to accept the regional and international input meaningfully. The Taliban representatives in talks with China, Russia and the US focused on establishing an inclusive government. The Biden administration is believed to have urged Taliban to fulfill their commitments they agreed in the deal with the US in February 2020. For instance, the Taliban are still disingenuous in keeping up the promise of treating women and minorities in equitable terms. They keep going back on establishing effective law and order that includes letting a non-state actor like as ISIS to plan terror attacks on unarmed and innocent civilians, both local and foreign.

Relations between Islamabad and Kabul are all of a sudden under strain after shelling by the Afghan forces along the Chaman  border, known as Friendship Gate,  where ‘unprovoked and indiscriminate fire’ killed six civilians recently. It is Pakistan’s main frontier with Afghanistan through which the two countries trading operations continue. The firing caused backfire from the Pakistan side. According to the Dawn, Pakistan’s most well-known English morninger, local authorities   were compelled to shut the Chaman border crossing the principal border region. A well-known Lahore-based political commentator and academic said that  the exchange of fire in Chaman caused skyrocketed tensions between Pakistan’s federal government and Afghanistan’s Taliban rulers. Condemning the incident, the Prime Minister of Pakistan Mian Muhammad Shehbaz Sharif tweeted  stating bluntly that the interim government in Kabul must ensure that such incidents are not repeated in the future. A senior bureaucrat of Islamabad is on record , “it was unprovoked and indiscriminate gunfire which continued for a while and this included artillery shelling by Afghan Border forces.”

Insiders are in  increasing agony as the Talibanism remains unchanged. The Taliban stepped up imposition of  strict Islamic punishments across Afghanistan  such as  publicly flogging of dozens of men and women in several provinces for crimes such as theft and adultery.

In mid-November this year, the Taliban’s supreme court revealed  that more than two dozen people were publicly flogged for “committing adultery, theft, or eloping from home” in the southern province of Kandahar, the central province of Bamiyan, and the northern Takhar Province. These atrocities were seen days after the Taliban’s supreme leader, Mullah Haibatullah Akhundzada, ordered the Afghan judiciary to implement Hudood as part of the Taliban’s overall drive to enforce the strict implementation of Islamic Shari’a law, which the extremist group has long touted as its main objective.

For the Taliban the  Shari’a law imposes an imperative to  Muslim rulers on imposing  penalties like  flogging for drinking, stoning for adultery, amputation of limbs for theft, crucifixion for robbery, and death for rebellion. These offenses are considered a violation of the boundaries set by God, or Hudood, and thus require public corporal punishments.

However, responsible international opinion has very serious reservations about the medieval barbarism under the Emirate in Kabul. Filippo Grandi, the United Nations High Commissioner for Refugees, speaking at the gathering of “Afghanistan, Finding a Way Forward” , under the aegis of the Nobel Peace Prize Forum in the Norwegian  capital  Oslo  stated unambiguously   that the international community would be left with no choice other than interacting  with Afghanistan, and adding that if interaction does not take place, the Afghan people will suffer more and more people will be forced to leave their homes.