2009 Massacre Of Tribals In Dantewada By Para Military Forces 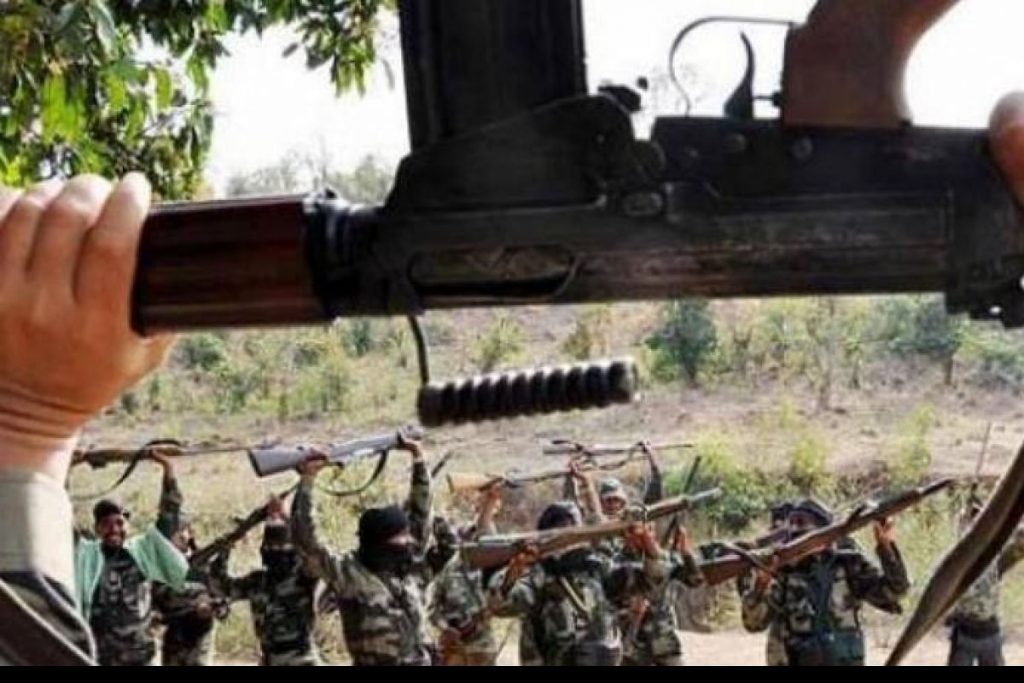 The Supreme Court’s judgment, in the case of Himanshu Kumar & Ors. versus State of Chhattisgarh &Ors., delivered on July 14 by a division bench comprising Justices A.M. Khanwilkar, who  retired  on Friday, and J.B. Pardiwala, has led to outrage. The bench dismissed the writ petition that alleged that the Chhattisgarh government and the paramilitary forces were responsible for the massacre of tribals in Dantewada district in 2009. The bench held that it does not warrant any further investigation by the Central Bureau of Investigation (‘CBI’) into the first information reports (‘FIRs’) filed by the petitioners, as prayed by them. The court relied on the chargesheets filed and the investigation conducted by the police, and observed that Naxalites alone were responsible for the massacre.

Further, the court left it to the discretion of the Chhattisgarh government or the CBI to take necessary actions against the petitioners for filing false charges under Section 211 of the Indian Penal Code (‘IPC’), or for criminal conspiracy or any other charges. Rejecting the writ petition, the court directed petitioner No.1, Himanshu Kumar, to pay exemplary costs of rupees five lakhs. Further, the court mandated the amount to be paid within four weeks to the Supreme Court Legal Services Authority, and directed the authority to take appropriate action to recover the costs.

Refusing to pay the exemplary cost, Kumar stated that such direction by the court is tantamount to imposing punishment for filing petitions seeking justice. “Paying such a cost would mean we are accepting that Adivasis are telling lies and making false allegations”, Kumar told The Leaflet. Kumar also called it “an attempt aiming to silence those raising human rights violations issues”.

The writ petitioner no.1, Himanshu Kumar, is a tribal rights activist who ran an NGO called Vanvasi Chetna Ashram in Dantewada, Chhattisgarh. The organisation worked for the welfare and development of tribals from the Bastar region.

In 2009, during an anti-Naxal operation in Chhattisgarh, 16 tribals were allegedly massacred in the villages of Gachhanpalli, Gompad, and Belpocha, in Dantewada district. Kumar aided the tribals in lodging the complaint against the alleged massacre on September 17, 2009, and October 1, 2009. Consequently, the present writ petition, challenging the investigation by the police, was filed in 2009.

The twelve petitioners (petitioners nos. 2 to 13) are the kith and kin of the victims of the alleged massacre. The writ petition alleged that the Chhattisgarh Police, Special Police Officers (‘SPOs’), the activists of Salwa Judum (a group of vigilantes sponsored by the Chhattisgarh government) and the Paramilitary Forces, consisting of the Central Reserve Police Force 2 and the CoBRA Battalions (Commando Battalions for Resolute Action), were responsible for the alleged brutal massacre of the tribals.

Solicitor General of India, Tushar Mehta submitted that Kumar was only ‘claiming’ to work for the welfare of tribals through an NGO. He stated, “…the petitioners nos. 2 to 13 are absolutely rustic and illiterate tribals. It is at the instigation of petitioner no.1 that they might have thought it fit to join as the petitioners”.

Under Articles 32 and 226 of the Constitution, constitutional courts have the power to issue directions to the CBI to conduct investigation. Proving the need for an impartial investigation is a precondition, and submission of a chargesheet does not prevent the court from directing the further investigation, the Supreme Court held in this case.

The senior counsel appearing for the petitioners, Colin Gonsalves sought directions to have the CBI investigate the FIRs into the two incidents (filed on September 17, 2009, and October 1, 2009) of the alleged massacre. Secondly, the petition sought compensation for the victims and their families for the extrajudicial executions, looting of their properties, burning of their houses, and other unlawful activities.

According to Kumar, on account of the involvement of the Special Forces and the State in the alleged massacre of the tribals, the CBI alone should undertake the investigation of all the complaints and FIRs. The petitioners highlighted that after the registration of the FIRs, the police failed to take action, including failing to undertake arrests, conduct a proper investigation, and record statements of eyewitnesses.

On this contention of the respondents and the subsequent observation of the court, Kumar told The Leaflet, “Firstly, since we were not relying on any proceeding undertaken by the perpetrators and the case was pending before the Supreme Court, there was no question of participating or relying on the investigation by the police. Secondly, we, as petitioners, were never informed about the proceedings or processes taken up by the police to give us justice.”

The court rejected Gonsalves’ contention and observed that in the twelve years since the recording of the statements, the petitioners failed to raise any grievance. The petitioners’ statements ‘demolish’ the contentions of the entire case raised by Kumar, the court noted.

The court remarked, “…no case worth the name for further investigation or re-investigation, could also be said to have made out”. It further observed, “There is not an iota of material figuring in the investigation on the basis of which even a finger can be pointed towards the members of the police force.”

Subsequently, it highlighted that the accused mentioned in the chargesheet are absconding. It left the matter for the trial court to give necessary directions and for the investigating agency to take appropriate steps on this aspect.

On this approach of the court of relying on the statements recorded by the judicial officer, Kumar told The Leaflet, “How can the court expect the Adivasis to approach the court again and again with their grievances? The statements before the magistrate were made by petitioners who were kidnapped by the police, kept under police custody, and brought for the recording of the statement by the police themselves. How can you expect Adivasis to accuse the same police personnel to be perpetrators? The statements were made under the threat to their life and liberty. Relying on such testimony and coming to a conclusion is the murder of justice by the Court”.

In reply to the petition, the government submitted that the attack by Naxalites on the police was ‘cursorily’ referred to as a ‘massacre’. The respondents contended that the petition levelled false allegations against the police and paramilitary forces to portray the “Left Wing Extremists (Naxals)” as innocent tribal victims massacred by security forces. In one of its affidavits, the government stated that the writ petitions were filed by “Naxal sympathisers”. Whereas, according to respondent no.3, the petitioners have attempted “…to demoralise the security forces by tarnishing their image and shaking their confidence”.

In an interlocutory application, the Union Government prayed to, firstly, hold the petitioners guilty of levelling false charges, and giving false and fabricated evidence; secondly, to direct any central investigating agency to register an FIR and conduct investigation to identify the individuals/organisations who have been ‘conspiring, abetting and facilitating’ filing of such petitions; and thirdly, to direct action against the petitioners and others for acts of perjury.

The application highlighted the intention of the petitioners to allegedly “…deter the security agencies to act against Left Wing (Naxal) militia by imputing false charges on them or screen off the Left Wing (Naxal) militia from being brought to justice…” The application further submitted, “…the modus adopted in the instant case, has over the period of time, become a norm where false petitions are filed by individuals and organization who are either supporters of Left Wing Extremism or benefit, financially and politically…”

The court referred to and analysed the interlocutory application (filed under Section 340 read with Section 195 of the Code of Criminal Procedure (‘CrPC’)) in which the Union Government prayed to initiate proceedings against the petitioners for the offence of perjury under Section 193 of the IPC, and the giving and fabricating of false evidence under Sections 191 and 192 of the IPC. The court referred to its judgment in K. Karunakaran versus T.V. Echara Warrier & Anr. (1977), and a catena of other judgments, to delve into the conditions of filing a complaint for giving a false affidavit or evidence in a proceeding before a court.

The court analysed section 211 of the IPC on ‘false charge of offence made with intent to injure.’ Explaining the applicability of the section in the present case, the court noted that the FIRs filed by the petitioners were investigated, and the investigating agency found that Naxals were guilty of the massacre and the police force was not responsible. It held, “Prima facie, it could be said that false information was given by the first informants to the police as regards the alleged massacre by the police force”. In its analysis of the application of section 211, the court relied on its judgment in Santokh Singh versus Izhar Hussain & Anr. (1973).

Notably, on June 24, a Supreme Court bench comprising Justices Khanwilkar, Dinesh Maheshwari and C.T. Ravikumar had dismissed a petition filed by Zakia Ahsan Jafri, widow of former Parliamentarian Ehsan Jafri, that challenged the closure report filed by an SIT rejecting the accusation of conspiracy by high state functionaries in the perpetration of the Gujarat pogrom of 2002, in which Ehsan Jafri had been killed. While dismissing the petition, the bench noted, “… it appears to us that a coalesced effort of the disgruntled officials of the State of Gujarat along with others was to create sensation by making revelations which were false to their own knowledge.” The bench further noted, “… all those involved in such abuse of process, need to be in the dock and proceeded with in accordance with law.”

Consequently, the following day, a co-petitioner in the case, civil rights activist Teesta Setalvad, and former Director General of Police R.B. Sreekumar were arrested. The FIR against them records forgery, giving false evidence with intent to procure conviction, and conspiracy, amongst others, as offences allegedly committed by Setalvad.

Considering the directions by the court in the present case to charge Kumar and his co-petitioners, it begs the question of whether this is only the start of a trend by courts to incarcerate petitioners that raise criminal complaints affecting violation of fundamental rights against high government officials or influential persons. (IPA Service)