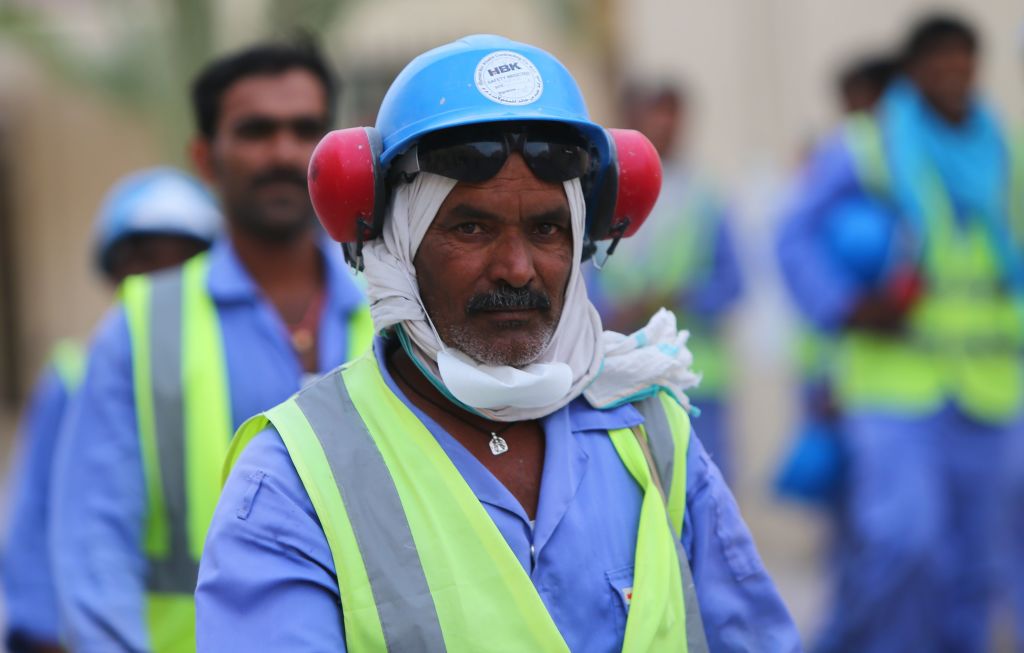 In recent times, more Bangladeshi and Nepali migrant workers have died abroad than before. An increase in migrant mortality has been reported from countries as varied as the Middle East to Malaysia. Both the Nepal and Bangladesh governments are deeply perturbed by an ominous uptick in fatalities among their valued workers, whose crucial remittances help fuel domestic economic growth.

Has working abroad has suddenly become more physically dangerous for millions of migrant job seekers from Nepal, India and Bangladesh?

Unlike the unconcerned Indian press, mainstream media in Nepal and Bangladesh have devoted much space of late to analysing why more of their citizens working abroad are facing premature fatalities. What makes policy-makers in the ‘sender’ countries particularly uneasy is the fact that sudden death of an earning migrant leaves a deeply negative impact on not only the individual’s household but cumulatively dents the domestic economies as well.

In Nepal, there have been panicky media accounts suggesting that Nepalese migrant youth are  somehow more susceptible to mortality and die sooner than others — a notion that challenges  established folklore about Gorkha invincibility/near immortality, even in war. The mystery cannot be glibly explained away as a fallout from the Covid-19 pandemic.

There is good reason why official concern is more acute in Nepal than say in Bangladesh or India. It so happens that the component of remittances within the national GDP is the highest in Nepal, standing at around 25-28% in recent years. In comparison, the figure for India is only just over 4-5%, and for Bangladesh it is 5-7% or so from 2017 onwards. Although Nepal has a much smaller population than India or Bangladesh, the job opportunities at home are also fewer.

Leaders and policymakers in the South Asian countries must acknowledge that working conditions for migrant workers have sharply worsened sharply in recent times, especially in the wake of Covid-19 pandemic and the global lockdown it precipitated for months on end. Moreover, thanks to the prolonged unrest in West Asia, Afghanistan and Europe as well as an upsurge in international migration, a general climate of anti-migrant sentiment can be seen resurfacing in most advanced countries.

Travel agents confirm that this has also led to greater exploitation of the average Asian migrant worker and stiffer work conditions in countries ranging from Greece and Italy to the Middle East.

A Kolkata-based leftist trade union leader feels that the Government of India too should look more seriously into the issues that plague migrant Indian workers abroad. Apart from major health hazards, migrant labourers now face more highhandedness, discrimination and exploitation from employers, being more vulnerable than locals.  The trade unionist stresses that though the ‘sender’ countries exporting manpower are beginning to appreciate how the death of a working migrant hurts the ‘home’ country’s economy in a variety of ways, there’s little talk of it in the Indian political and media circuits. However, the perception of a looming South Asian migrant crisis is strongly shared among experts cited in the Nepali and Bangladeshi media.

First, a few sample figures from Bangladesh and Nepal to present a general idea of the risks involved for migrant workers.

The actual toll may be higher as many people emigrate illegally, helped by shady operators who cut costs while exposing desperate migrants to life-threatening situations. Mostly, the victims   go ‘missing’ as even their bodies remain untraced.

As for Nepal, two is the average daily death toll for Nepalis working abroad. During the last decade, according to estimates from different agencies, at least 7,650 Nepalis died at work abroad.

Most emigrants are young and healthy. Among reasons in official death certificates feature cardiac arrest, heart diseases, suicide, murder, accidents (traffic or workplace-related), and ‘natural’ causes. In Malaysia, death certificates are often not available from employers and/or authorities.

During 2009-2017, of the 5,895 deaths among Nepalis working abroad, 1,358 were officially stated to have died ‘naturally’ in West Asian countries like Saudi Arabia, the UAE and Qatar. South Asian HR groups and NGOs ask, how so many young migrants with no previous record of major illness die ‘naturally’ while still being fit enough to work?

Perusing the personal histories of most victims, a common but tragic explanation often emerges. All over South Asia, migrants from rural areas take large loans, Rs 10 lakh would be about average, from local recruiters to cross borders. Some sell their homes/landed property.  Most come to foreign shores already burdened with a huge loan, plus an urgent need to send money home to their dependents.

The unskilled/semi-skilled migrant does not always find the kind of work he had been promised. Often educated migrants with an engineering or medical background may be forced to work as a worker in the real estate sector, drive cabs, or become a wage earner in a factory. Much depends on the health of the local economy. Whether it is in Oman, Jordan or Malaysia, job opportunities are subject to global economic downturns/recessions.

Many migrants are forced to take up part-time or overtime/holiday work to make ends meet.

For poorer migrants, occasional contact with the local consulate may help marginally. However, tangible assistance going beyond counselling is sorely lacking.

Most human rights groups in Nepal and Bangladesh have urged their respective governments to empower local consulates financially to help workers facing dire situations. After all, despite their economic hardships, the struggling migrants helped Nepal earn $8.1 billion, while Bangladesh received $15.5 billion and India a whopping $78.6 billion as remittances in 2018.

The silver lining is India has set up special toll-free helplines and digital online assistance for migrants facing various financial and health emergencies. There is the Prabasi Bharatiya Sahayata Kendra (PBSK) in West Asian countries and New Delhi to pay attention to the needs of emigrants. The Government of India authorities hold periodic review meetings with their counterparts in the Gulf Co-operation Council (GCC) to ensure quick and smooth settlement of pending issues.

The Indian government deals with scores of complaints from migrants about non-fulfilment of   pre-recruitment promises, flouting of contractual commitments, non-payment for overwork, denial of sanctioned leave and promised allowances, racial/cultural discrimination and bad behaviour at workplace, unhealthy/dangerous working conditions, among others.

However, periodic reviews between concerned governments, initiated by Bangladesh, have helped in improving matters for our suffering migrants.

Ironically, the size of the Indian or Bangladeshi migrant population often works against them.  Normally, the annual casualty rate of over 3,000-3,500 Bangladeshi youths working aboard is certainly big, outrageous news. But then, the number of Bangladeshis working and/or settled abroad is over 10 lakh.  (IPA Service)