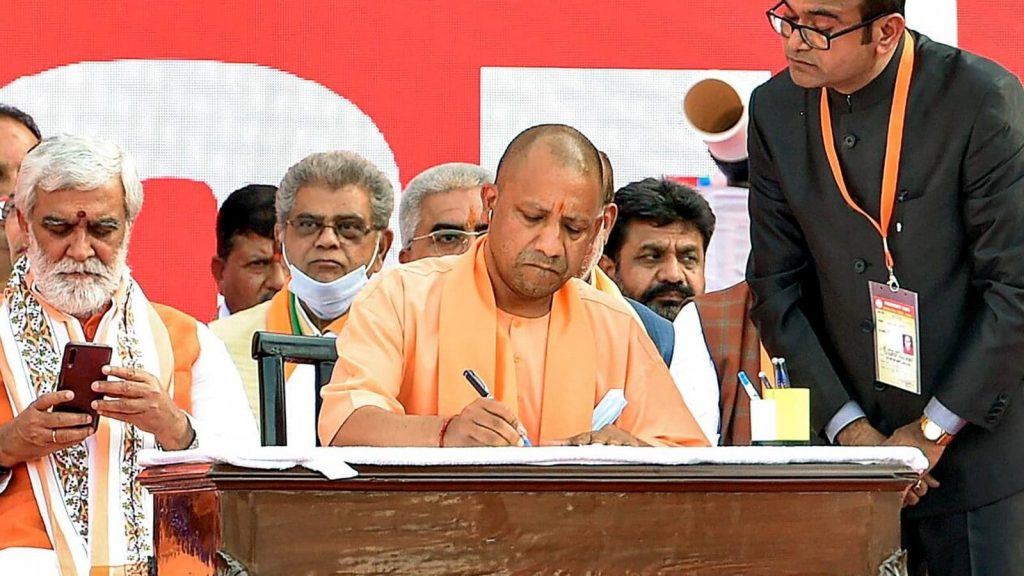 The ministers in the Uttar Pradesh government have been allotted staff and rooms through a computerised lottery software this time by the secretariat administration after Chief Minister Yogi Adityanath gave the nod for a more transparent and digital system.

The new system will also ensure that there is 20 per cent female staff in general administrative work to increase their participation in the workforce.

As per information, the secretariat administration will be allotting personal secretaries, assistant PS, review officers and assistant review officers with the help of a software which ensures that the staff which worked with a minister in the last five years, does not get posted with them again. On the other hand, the respective rooms have also been allotted to the ministers to immediately start functioning, now that the allotment of portfolios is complete.

On the issue of 20 per cent quota for women, sources said some ministers were apprehensive of female staff being posted as at times, the work may extend till late night or even involve sudden travel plans which they felt won’t be feasible.

Earlier, ministers had the liberty to select and recommend their own support staff but this time, arrangements have been made to select their staff from the coded names which will be shortlisted by the software. These names will be in a coded format so that ministers do not know the religion, real name or sex of the person they are selecting as their staff.

On Monday, portfolios for the new UP cabinet were announced according to which CM Adityanath will be in-charge of Home, Vigilance and Personnel, among other key departments. Deputy Chief Minister Keshav Prasad Maurya has been given the charge of as many as six departments — Rural Development, Rural Engineering, Food Processing, Entertainment Tax, Public Enterprise and National Integration. Another Deputy Chief Minister Brajesh Pathak will head Medical Education, Medical and Health and Family Welfare departments.

Suresh Khanna will continue to head Finance and Parliamentary Affairs department and Baby Rani Maurya has been given Women and Child Welfare.

Jitin Prasada has been given the charge of PWD, which was earlier headed by deputy CM Maurya, while Surya Pratap Shahi has been allocated Agriculture, Agriculture Education and research departments.

The cabinet of Yogi Adityanath was sworn in on Friday during which 52 ministers took oath in a grand ceremony at Ekana Stadium in Lucknow. All the 52 ministers were allocated portfolios on Monday.