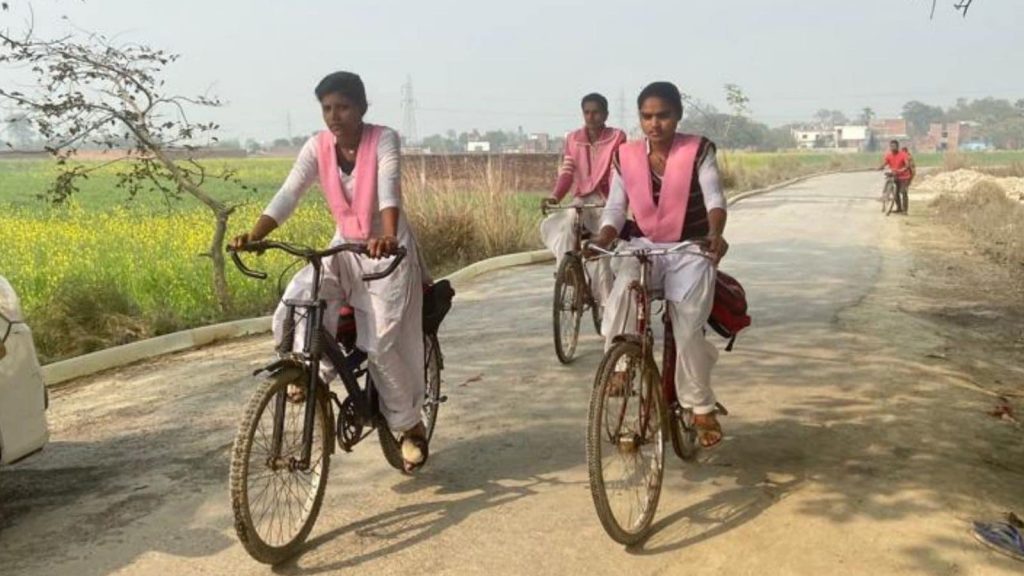 Behind the Bharatiya Janata Party’s big win in Uttar Pradesh for a historic second term, which no government could achieve in the past 37 years, is the women voter which seems to have consolidated behind the party over the free rations given for the past two years and the improved law and order.

The higher women percentage voting added to this with the “silent women voter” rising above caste and social lines to vote for the party that sent it rations and ensured women could stay out at night without fear in the state.

Even the promise of free electricity made by Samajwadi Party chief Akhilesh Yadav could not sway the women voters to the SP camp.

In fact, realising during the campaign that the free rations move was working magic on the ground for the BJP, the SP announced in its manifesto that it would also provide free rations for the next five years if voted to power. At the same time, the SP kept reminding women voters that the free ration scheme of the BJP would get over in March.

However, women did not seem to buy the SP’s narrative. Village after village that News18 visited during the campaign, women showed the bags with Modi-Yogi faces that the government had used to send food grain to them. While the Modi government sent free ration to the poor, the Yogi government doubled it up with ration from its own end, making it what many described as the “double dose of ration” and many women told News18 that “Modi-Yogi ne Bhookhe Nahin Marne Diya”.

Another major factor that swayed women voters was the improved law and order, with News18 finding women working late in the sugarcane fields of Muzzafarnagar, girls driving scooties and cycles in villages or having meals at newly-opened cafes in small towns. While the anti-Romeo squad move of the Yogi government was criticized by many, the same seemed to have worked on the ground to instill fear among the local goondas who used to harass women and girls on the streets.

This was a very visible change on the ground which was evident to women. The BJP instilled this ‘fear’ among women voters that if the SP came back to power, the old days of hooliganism and gunda-gardi will return and things will become tough for the women in the state again. A pointer was also the extremely low presence of women at the big rallies and road shows of Akhilesh Yadav, where young men used to break barricades and come near the stage. In comparison, the BJP always had dedicated space for women to sit at the rallies of its top leaders.

It is not as if the SP did not realize that women voters were rallying for the BJP. The party did send in Dimple Yadav and Jaya Bachchan to campaign in the later stage to reach out to women, but it was too late by then. Many women in villages told News18 that they had not just got ration, but also houses under PM Awas, Ujjwala Cylinders and the new promise of a drinking water tap connection in their house – and the same benefits had been received by them without any discrimination, cuts or kickbacks to be paid for it.

Though inflation was a recurring theme in the elections which the Samajwadi Party thought would influence the women voter, the benefits that women got from the Modi-Yogi government seems to have outweighed all other things. From a women News18 met in a potato field in Kannauj to Sumitra Devi whom we met in a village in Chauri Chaura, they said they will vote for Modi who sent them rations. “Jisne Rashan Bheja, Suraksha Di, Vote Usko,” the women said.

In the end, it was women who fully backed Modi and Yogi in UP.