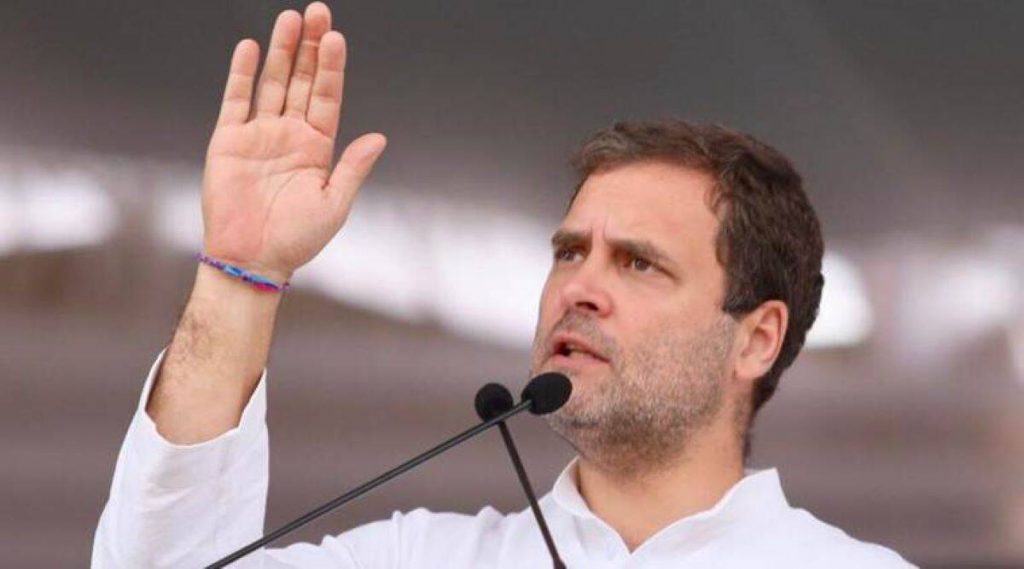 Sitting abroad and lashing out at the government, is not going to help the Opposition win the people at home over to its side. The ploy will boomerang even before the opposition leader tightens his seat belt on the return flight. Similarly, a pair of journalists writing anti-Modi pieces in the New York Times, and the Washington Post, isn’t going to win elections for the Congress.

Rahul Gandhi thinks otherwise, perhaps. Maybe he thinks that taking potshots at Narendra Modi from the UK, and the US, will do to Modi what Joe Biden did to Donald Trump. That is a pipedream sold at Congress Chintan shivirs. Rahul Gandhi’s allegation that no one in India is allowed to speak does not click at home, simply because Gandhi has been lashing out at Modi with impunity, and nobody ever stopped him.

In fact, the BJP/RSS ecosystem believes the more Rahul harangues Modi abroad, the bigger the advantage to the BJP. Rahul Gandhi should stop telling foreigners—especially the British—that Modi “should listen”. The captive domestic media always presents Rahul Gandhi as the fly in India’s ointment.

The allegation sticks. A Gandhi story that never misses publication is about his frequent trips abroad, to Italy, Bangkok or some such holiday destination. Like the recent one to Kathmandu, where he was spotted and video-graphed at a Kathmandu nightspot. What he spoke there no one heard, but what he must not have spoken was told, and retold with vicarious relish.

That said, the things Gandhi highlighted about India and Modi demands reflection. The important thing is not that Modi should “listen”, the important thing is he should be made to answer specific questions—divulge more than what he lets out in his weekly ‘Man ki Baat’.

Rahul complaining to foreigners that you “can’t have a country that’s not allowed to speak…and a PMO that can’t speak freely” isn’t going to strike a chord if spoken from abroad. Rahul Gandhi should be telling this directly to the people at home. He should call the domestic press and speak his mind.

Also, since when has attacking the BJP, and the RSS from foreign climes done wonders to Congress prospects at home? “We believe India is a negotiation between its people. The BJP and the RSS believe India is a geography. That it is a ‘Sone Ki Chidiya’ whose benefits should be distributed to a few, according to the Karma,” Rahul told his friendly foreign interlocutor.

Statements like these do not resonate with people at home, especially when the BJP is driving home its ideology and philosophy to the electorate sitting at home. Rahul Gandhi’s “we believe everyone should have equal access—whether you are a Dalit, Brahmin. That’s the real conflict” should be told directly to the people from home, face to face.

Statements such as “Indian democracy is the central anchor” for planet earth, and “democracy in India is a global public good” are all good and fine, but they sound like bitter complaints when it is known that it is to a foreign audience that Rahul Gandhi was appealing to!

And this, when the BJP is driving into its core constituency that foreigners (aakranta) had invaded India, and looted India’s resources for hundreds of years. Also, people in India are not about to believe that democracy in India will “crack”, and why is Rahul Gandhi telling London that if Indian democracy cracks, it will be a problem for planet earth.

The problem for the Congress and Rahul Gandhi is that even if the Modi government is “attacking the Constitution”, the Opposition has failed to prove this. Elections are being held, and results are declared without “fear or favour”. Also, the “systematic attacks on the institutions that allow conversations to take place” haven’t been proved. What is apparent to the eye is business as usual. Nobody is being dissuaded from taking contentious issues to court.

If anything, the Modi government is careful not to step outside the perimeters of the law. It is acting through the courts, and within the limits set by the Constitution. Like the ongoing Gyanvapi Mosque case. Gyanvapi and Mathura are geared for 2024. But the only parties all out in the field are the BJP, and Asaduddin Owaisi’s AIMIM. Mamata Banerjee labelling Gyanvapi and Mathura as ‘Tughlaqifarman’ will not help. Everything in the run-up, from hijab to halal, loudspeaker to bulldozer, were preludes to the mega show—“Kashi-Mathura baaki hai!” (IPA Service)

Learning Poverty In India To Induce Huge Loss Of Jobs And GDP
Posting....