‘Who Loves The Punjabi More, Narendra Modi Or Rahul Gandhi?’ Is Trending 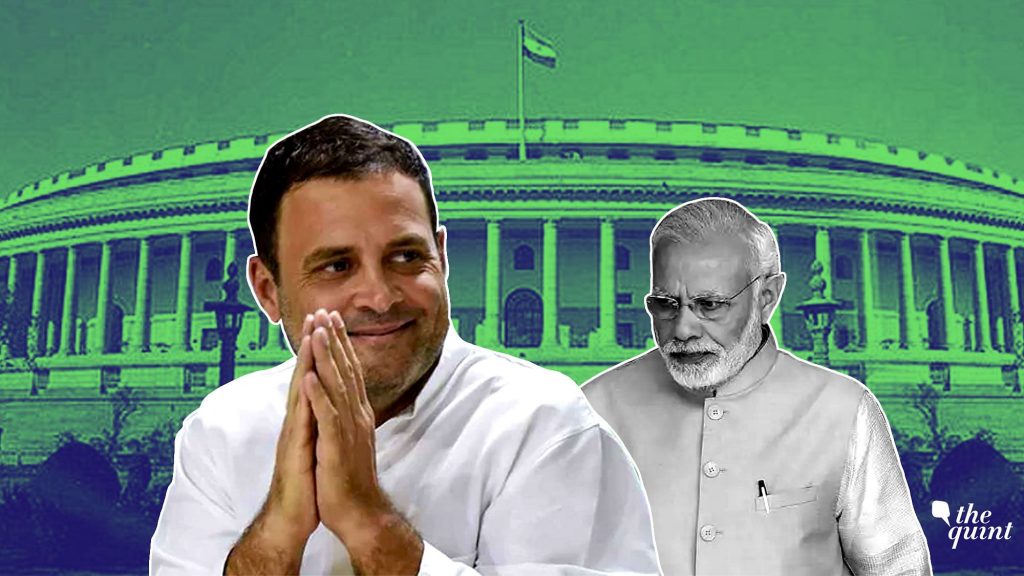 Punjab cannot be communally ‘dhruvikaraned’ like Uttar Pradesh can be. The Sikh and the Hindu and the Muslim of Punjab have their own calculations and affiliations but they aren’t at each other’s throats. Faced with such odds, what can political parties do? How about raising doubts over who admires and loves the Punjabi (Sikh?) more­—the Congress or the Bharatiya Janata Party, Narendra Modi or Rahul Gandhi? Polarization along this line was already being tested when Prime Minister Narendra Modi’s security was breached, so to say, and he was taught a lesson by his political foes, who have had enough of him these last seven plus years and could do with a break, a well-deserved one at that.

So, Prime Minister Narendra Modi’s bullet-proof vehicle was forced to a halt atop the flyover in Ferozepur and for 20 minutes it idled there, trapping Narendra Modi inside, such was the Congress dislike for Modi. And, then, Congress got its “bite” when somebody quoted Modi and conveyed to Chief Minister Charanjit Singh Channi Modi’s cryptic message that Modi wanted to thank the Punjab Chief Minister for allowing him to return to the pavilion in one piece.

Whether sarcasm or admission of Modi’s frustrated bitterness, the Congress snapped tight its jaw on the titbit and accused Modi of casting aspersions on the entire Punjabi community, attempting to name and shame the Punjabis for something that could happen to anybody anywhere. And, then, “Modi hates Punjabis” began to trend forcing the BJP to do a quick double take and trade the same accusation against the Congress.

Since then both political parties have been confessing their “immense and undying love” for “Punjabis” and the “Sikh” in particular. So, “who/which party is the most sincere when it comes to the Punjabi/Sikh?” has become an election plank. The Congress cannot stop from trotting out Modi’s thoughtless statement that he escaped assassination atop the flyover, proof that he hates Punjabis and is suspicious of them. The BJP in turn is reminding the Punjabi of the Indira Gandhi kind of “love” the Congress carries for Punjabis, while insinuating that Channi and Sidhu and the Congress high command had planned “murder” for Modi.

That is speculation, and politicking. The Prime Minister’s security breach is now in the Supreme Court and the top court has asked all parties involved to hold their guns and not jump the gun. While asking the Registrar General of the Punjab & Haryana High Court to “secure and preserve all the documents” related to the Prime Minister’s visit to Punjab, nobody has lodged an “attempted murder” case so far anywhere.

Sure, there was a breach, and the lapse in the security of the Prime Minister of India has been duly noted. The Congress is still trying to play it rather fine. While it cannot hold its jaw in a straight line and stop gloating at Modi’s humiliation, it is also trudging the very thin line that separates active conspirators from disinterested bystanders. This when there is evidence of more than just hanky-panky. Fingers are pointing at possible collusion between the Punjab Police and “farmers” and Channi is too slick with words to slip out with a clean card.

The Punjab Chief Minister is out on a limb and he knows it. Since the ‘Flyover Incident’, Charanjit Singh Channi has been fumbling and bumbling for a valid explanation. Instead of sitting still at home in self-quarantine, he is all over the place, mask-less and in everybody’s face, social distancing can take a walk. Whether or not the Flyover Incident had put Prime Minister Narendra Modi in harm’s way or not will be disclosed in the days to come, but CM Channi has with his antics put himself and his chair in serious jeopardy.

The Supreme Court has asked both the Punjab Government and the Centre to step back, hold their “investigations” in abeyance till next week while the Supreme Court gets things in order. The SPG and other central agencies have also been told to rein in their horses. It is a sad commentary but it looks like the top court doesn’t trust any of the stakeholders, they are all without clothes in the Punjab Hammam with no Turkish towels to hand!

There is talk of Punjab descending into President’s rule, which could be catastrophic. Especially in the context of Punjab being a “border state.” Like it is impossible to change neighbouring countries, it is quite out of the question that Punjab can be made to swap places with, say, Kerala or Telangana, both of which wouldn’t mind being closer to Pakistan. As for who sincerely loves Punjabis and Sikhs, there cannot be any debate because Punjabis, especially the Sikh, are everywhere— east, west, north and south. (IPA Service)