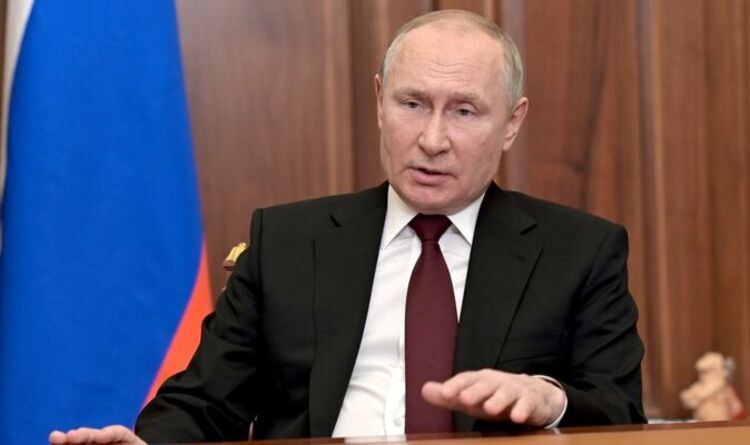 Russia has been thrown out of what is called the “SWIFT” system, which is a kind of global gmail network among banks to undertake their funds transactions securely. Exclusion from this network would mean that Russian banks would not be able to carry out their normal international financial transactions with other banks.

Under pressure, Russian president Vladimir Putin has described the economic sanctions as illegal. But already the sanctions have started to bite and Russia is facing severe financial stress.

It is for the first time that “geo-economics” is emerging as an equally potent weapon of war. This is being wielded extremely harshly by the European Union to bring pressure on Russia.

This has major implication. Russia would not be able to carry on trade and commerce with rest of the world. Its major exports—oil and gas— could not be paid for and the sale proceeds transferred to Russian exporters. Nor would Russia be able to pay for its imports from other countries. Russia stands isolated altogether.

Only one country was previously excluded from the SWIFT system, namely, Iran, during the worst days of Iran’s nuclear development logjam. This had resulted in a dramatic drop in Iran’ trade by over a third in a short while.

At the same time, the European Central Bank has frozen the overseas resources of the Russian Central Bank. Russia had notched up foreign exchange reserves of $630 billion with which it could have paid for its imports and finance the war.

But freezing these resources of the Central Bank means that the banking authority will not have at its disposal these funds. Most of these resources were held in bonds, securities and gold holding of the apex Russian bank which now are beyond its reach.

As a result, the Russian currency, the rouble, has fallen by 30% against the US dollar. The central bank has also raised the basic interest rate to 20% — an unprecedented high rate of interest. This would make whatever business and commerce and manufacturing left in Russia almost unsustainable.

The financial measures by the West right now are enough against the Russian financial system. Russia is facing an unprecedented financial turmoil.

The Moscow stock and financial markets authority have postponed opening of the markets on Monday to stem a deep slide. The stocks of Russian companies listed on European exchanges are expected to collapse when the markets opened. That would mean these companies also would face financial liquidation.

British Petroleum, which holds about 20% of the stock of Russia’s largest oil and gas operator, Rosneft, has already announced its exit. If BP decides to offload such a big block of the stock on the market, it would lead to fall sharp fall of Rosneft stock.

The reports from Russia, filtering out indicate that the public is standing in long lines in front of ATMs and banks offices to draw money. However, the banks do not have adequate funds when the demands shoot up suddenly. The banking authority has imposed limits on how much money the public could draw from their banks.

In such circumstances, it is not unreasonable to fear that banks, particularly, those which are not large and have access to liquidity would be badly hit. A strong bank failures would mean a financial scare rippling through the financial system.

Admittedly, all the Russian banks are still not on the SWIFT exclusion list and they should be able to undertake transactions across the markets. However, in such circumstances, other banks would be afraid of dealing with these banks for fear of subsequent costs. Surely, all transactions with these banks would be subject to legal disputes and sanctions. Therefore, dealing with them could become risky.

Now what can Russia do to deal with the crisis on a short term basis? The talk is whether China could step in as a help. China has huge foreign exchange balance of over $3 trillion and the country could bail out Russia in its hour of need.

The reason for such speculations is that China had almost bankrolled Russia in the run up to this crisis. Russia was one of the few countries which had participated in the Winter Olympics in Beijing and put out a joint statement highlighting close co-operation and collaboration. Nothing was beyond the scope of Russia-China co-operation the statement was at pains to point out.

Now that the crisis is on hand, China is being watched keenly to how its support would flow.

Until now, the Chinese banks and economic players have stayed clear from upstaging any of the sanctions. Nor has China offered upfront any financial accommodation. On the contrary, these banks have followed the sanctions regime.

The Chinese companies having worldwide economic interests, and already under pressure from the United States, would be wary of the consequences.

Financial weapons apart, EU has imposed no-fly zone of its entire air space for all kinds of Russian aircraft from military to even private executive jets. That mans that Russia has been completely blocked on the western side and NATO aircraft are flying along the Russian borders.

The unleashing of the geo-economic weapons have social and political implications as well. Since the collapse of the Soviet regime, a class of hugely rich Russian oligarchs have emerged who have been used to life of the western counterparts. They are used to moving across the European countries, buying whatever they wanted, invested their money in Europeans stocks and flying in their private luxury jets.

With the geo-economic measures, their super luxurious world crumbles. They would be prisoners in their own country. That would generate toxic implications inside the country.

Many of them had bankrolled the Putin regime in Russia. It would have to be seen how these dynamics work out. (IPA Service)