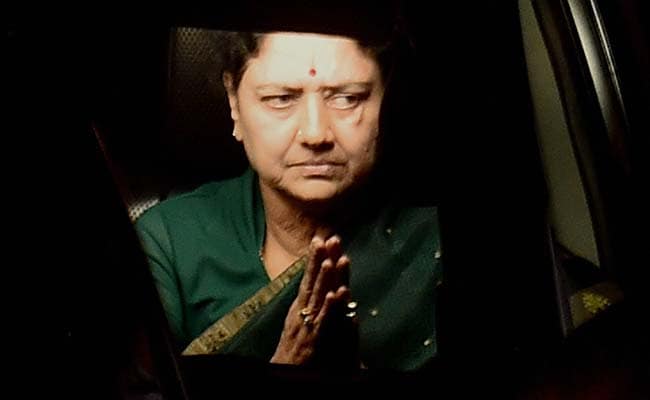 Chennai/ New Delhi: Eleven properties owned by expelled AIADMK leader VK Sasikala have been seized by the Income Tax Department, sources said today. The properties – spread across 24 acres in Payanoor village of Tamil Nadu – were reportedly brought between 1991 and 1996 when Jayalalithaa was the Chief Minister.

While the properties may have cost around Rs 20 lakh at the time of purchase in the 1990s, the present cost is estimated to be nearly Rs 100 crores.

Based on the 2014 court judgment, the tax department has attached the properties under the Benami Transactions (Prohibition) Act, sources said.

The state’s Land Registration Department has been informed, and attachment notices have been put outside the properties, officials added.

VK Sasikala can continue to use these properties but she cannot carry out any transaction.

The 67-year-old leader was released earlier this year after serving a four-year jail term in a corruption case.

She returned from Bengaluru to a grand welcome by her supporters.

She had taken over as AIADMK chief soon after Jayalalithaa’s death in 2016, and made an abortive attempt at taking the post of Chief Minister when she was convicted for corruption by the Supreme Court in a case in which Jayalalithaa was also accused. She was also expelled from the AIADMK.

Ahead of the April-May state elections in Tamil Nadu, she had declared that she was “staying away from politics”.

VK Sasikala recently met former Tamil Nadu Chief Minister O Panneerselvam to condole the death of his wife. It was their first meeting in four years after OPS had rebelled against her.