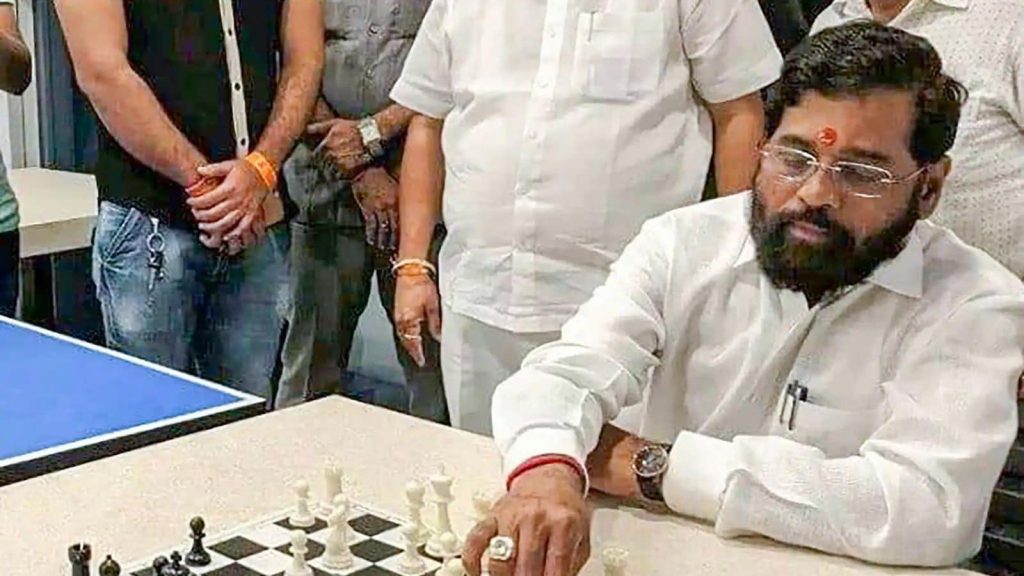 Shiv Sena strongman Eknath Shinde, whose rebellion has plunged the Uddhav Thackeray government into a survival crisis, on Monday reacted to the Supreme Court order on the rebel camp’s plea, saying it’s a “victory of Balasaheb Thackeray’s Hindutva”.

“This is the victory of the Hindutva emperor Balasaheb Thackeray’s Hindutva and the thoughts of Dharmaveer Anand Dighe Saheb,” read a loose translation of Eknath Shinde’s tweet in Marathi.

The Supreme Court – which today heard the disqualification notices served on Shinde and 15 other rebel MLAs – asked the Maharashtra assembly deputy speaker to put the disqualification on hold. The court also issued notice to Shiv Sena leaders Ajay Chaudhary, Sunil Prabhu and asked them to file a reply within five days. The SC listed the plea for hearing on July 11 next.

Earlier, the court questioned why the matter “was not taken to the High Court first”. To the SC’s question, senior advocate Neeraj Kishan Kaul, appearing for Eknath Shinde and others, replied that the group did not approach the High Court as the Supreme Court had passed orders in many cases regarding floor tests and disqualification.

The bench of Supreme Court Justices Surya Kant and JB Pardiwala was hearing the case, which takes place amid the highly-watched political crisis ongoing in Maharashtra after Shinde and a group of MLAs raised a banner of revolt against the MVA government in the state.

In another tweet, Shinde appealed to the Shiv Sainiks to understand that the rebellion is in the interest of Shiv Sena. “If we are the Minister of State, then guess what the situation will be in the case of MLAs. Our role is in the interest of Shiv Sena and I request all Shiv Sainiks to understand it,” he wrote in a tweet in Marathi.

Meanwhile, Chief Minister Uddhav Thackeray on Monday stripped nine rebel ministers, who are camping in Guwahati, of their portfolios. An official statement said the portfolios of these ministers have been handed over to other ministers in the Thackeray-led government for ease of administration.

Shinde’s portfolios – urban development and public undertaking – were given to senior Sena leader and state Industries Minister Subhash Desai. The key portfolio of higher education, which was with Uday Samant, was given to Aaditya Thackeray. The charge of water supply and sanitation department, which was with Gulabrao Patil, was handed over to Anil Parab.