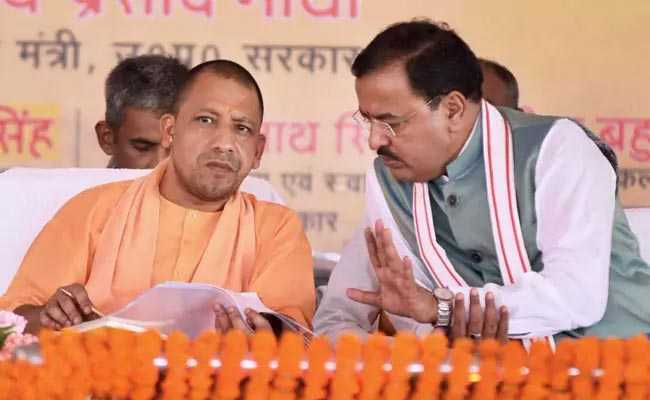 Ruling BJP and other major political parties are busy in building up the organisationsin Uttar   Pradesh to face crucial Lok Sabha polls scheduled in 2024.

Surprisingly for past few months, BJP high command is busy in searching suitable state president who should lead the party for Lok Sabha polls. The 80 Lok Sabha    seats    in UP are crucial    for the BJP in retaining   power    at   the   centre.

Even before the term of Swantantradev Singh, who was inducted in Yogi Ministry, expired, BJP high command held important meetings with state and central leaders to find out new state president.

BJP is   not only looking for a particular caste but also wants to balance regional interests through new state president.

Recently the main architect of BJP victory in UP in 2014 and 2019 Lok Sabha polls and 2017 and 2022 assembly polls Sunil Bansal who was general secretary (organisation) was promoted and elevated as All India General Secretary and was made in charge of important states in South where party working hard to gain in Lok Sabha polls.

Sunil Bansal has been replaced with Dharampal Singh Saini who is known for affiliation with RSS which will play important role in days to come for preparations for Lok Sabha polls.

Similarly in Samajwadi Party, Akhilesh Yadav has dissolved all national and state units including frontal organisations. But he has retained Mr Naresh Uttam as state president till the organisational work is completed.

Samajwadi Party has launched massive membership drive with Akhilesh Yadav himself attending the camps in different districts to boost the morale of Party leaders and workers.

Samajwadi Party has also asked Party leaders and workers to take out yatra in their areas to connect with the local people and spread the message of the party and good work done by Akhilesh Yadav government.

Samajwadi Party national president Akhilesh Yadav announced that he would tour the entire state and reach out to masses from state capital to all other districts and villages in next few months.

Congress Party, which exhibited worst performance in 2022 assembly polls with only two seats and two percent of -vote share, is also looking for state president ever since Ajay Kumar Lalloo was removed after the results were announced.

Congress Party is waiting for Priyanka Gandhi to visit Lucknow and start holding meetings with state leaders and find out suitable person to head the party organisation.

There is no doubt BSP national president held several meetings after the assembly polls. Former chief minister Mayawati changed the organisational structure of the party.

Former CM Mayawati is now depending on her brother Anand Kumar and nephew Akash Kumar. They have been given more responsibility.

There has been large-scale erosion of leaders, workers and vote share in BSP which resulted in worst ever performance in 2022 assembly polls when Party won only one seat.

Surprisingly Mr Satish Mishra who was not only brahmin face of the Party but enjoyed important position in the Party organisation, is nowhere to seen in Party meetings.

There is no doubt while Samajwadi Party and Congress are virtual opposition parties in the state BSP is seen advising, helping ruling BJP and labelled as it’s B team after supporting NDA candidates in recent elections for the posts of President of India and    Vice President. (IPA Service)

Recharging Of MVA Under Uddhav To Fight BJP In Polls Is A Good Omen
Posting....