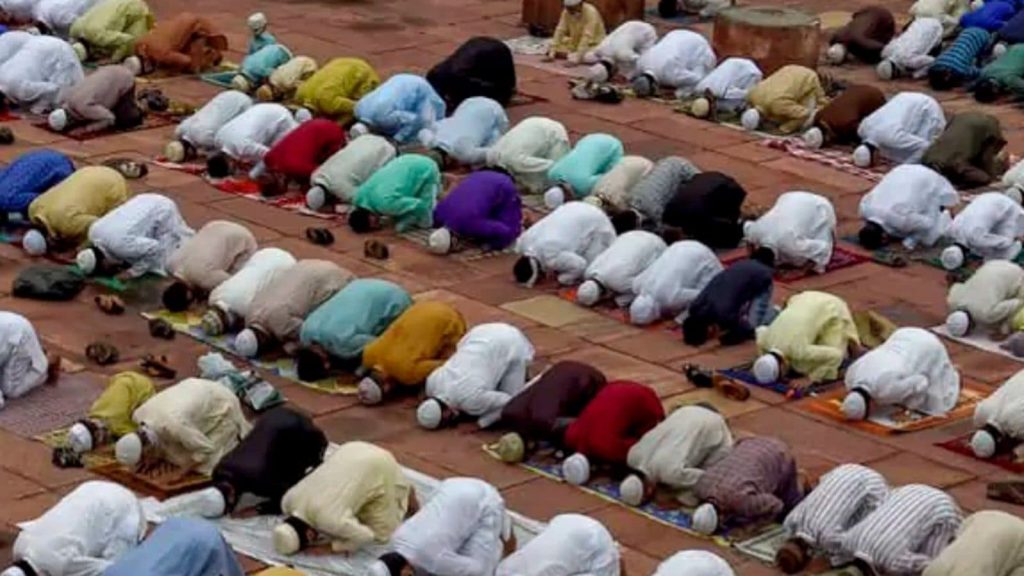 Amid the ongoing controversy over use of loudspeakers, Muslim clerics have appealed to people to offer the ‘Alvida’ Namaz on the occasion of last Friday of Ramzan only in designated places to avoid causing any inconvenience to others.

Meanwhile, the administration has beefed up security at several places that are being considered sensitive.

As per the guidelines issued for Alvida Namaz, people can offer prayers at home or in mosques only. Along with this, it has also been advised to keep the sound of loudspeakers according to the prescribed standards. This is the first time when Muslim religious leaders are coming forward and appealing to people not to offer Namaz on the streets.

Sunni cleric Sufiyan Nizami of Darul Uloom Farangi Mahal has said that prayers should be offered inside the mosque premises and not on the road. The sound of loudspeakers should also be kept as per the standard. At the same time, ADG Law and Order UP Prashant Kumar has stated, “Elaborate security arrangements have been made. Chief Minister Yogi Adityanath had issued guidelines regarding Friday prayers only last week, after which these arrangements have been made in the entire state.”

Apart from the local police in districts, 46 company PACs and seven company CAPFs have been deployed. Two Deputy Superintendents of Police have also been sent to Moradabad and Prayagraj. Along with this, 1,492 police trainees will also be engaged in the duty of security arrangements. All the zonal ADGs and IG-DIGs of the range have been instructed to provide all support in coordination with the police captains of the districts.