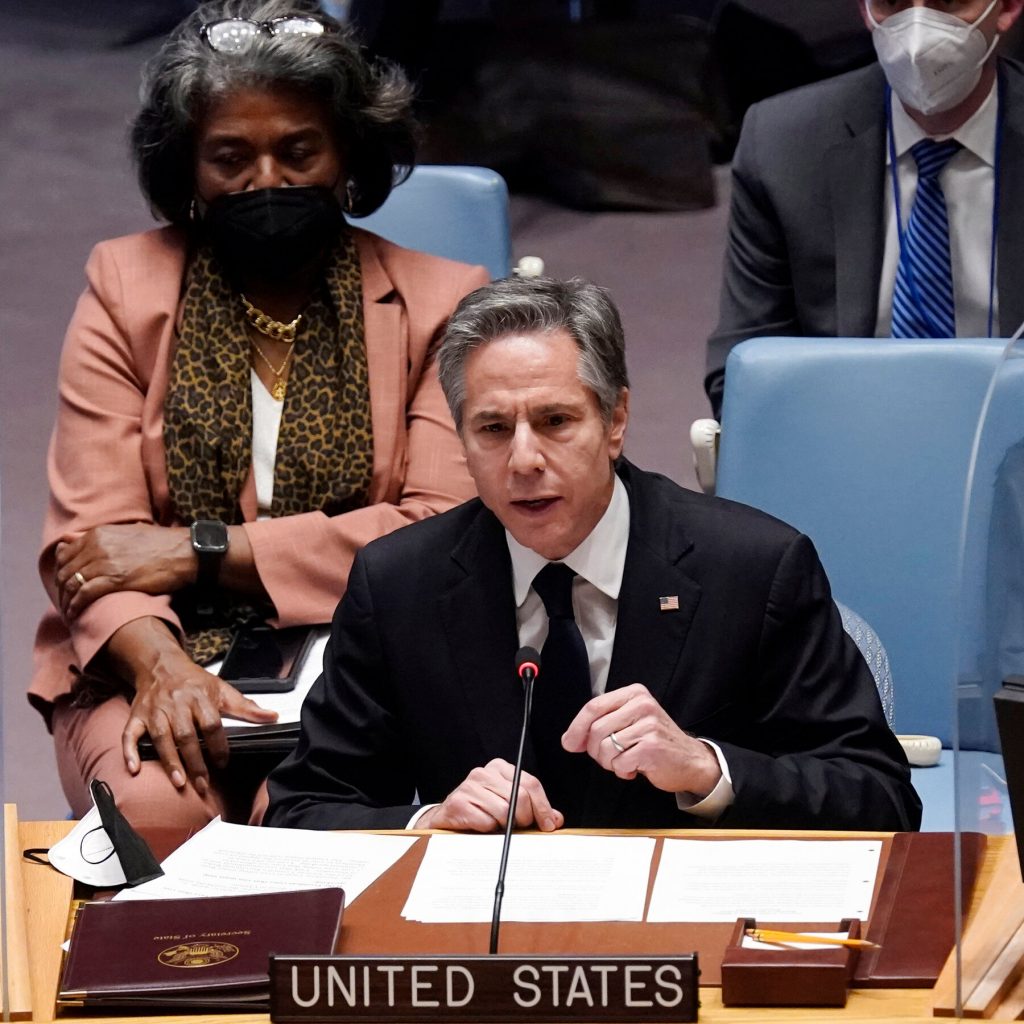 The inception of the current crisis on Ukraine lies in the continuing eastward expansion of NATO.  Contrary to what was promised to Russia by the United States in the post-Soviet period that NATO would not expand eastward, all the East European countries and the Baltic states, which were part of the Warsaw Treaty were brought into the NATO.  Russia now fears that Ukraine and Georgia, that were part of the Soviet Union, are next in line. Having NATO on its borders is seen as a direct security threat to Russia.

The mobilisation of Russian troops around Ukraine and the joint exercises in neighbouring Belarus were accompanied by the Russian demand that certain security guarantees be extended by the United States and NATO. In the main, it was that Ukraine would not become part of NATO and no offensive missiles would be placed on Russia’s frontiers.

This firm stance of Russia was viewed by the United States as a direct threat to Ukraine. President Biden repeatedly warned that Russia is preparing to invade Ukraine. This was followed by the airlifting of American arms and defence equipment to Ukraine, stationing of more US soldiers in Poland and Romania and getting NATO’s European partners to send troops to Eastern Europe and the Baltic countries. Hectic American diplomatic efforts went on to rally all the NATO countries to take a united stand.

A peculiar feature of this crisis is that while President Joe Biden and his administration have gone on announcing an imminent aggression by Russian troops, the Ukrainian President, Zelensky, and his government have been denying that there is any such immediate threat. When the United States warned that an invasion was expected around February 16-17, the Ukrainian president said that if the claims of the United States and Britain that Russia was about to invade was based on evidence, he would like to see it. The way the US president has hyped up the threat of a Russian invasion, it would appear that the United States wants Russia to resort to military action.

Biden, after the fiasco of the US withdrawal from Afghanistan, is keen to refurbish his image by standing up to Russia. He warned of severe economic consequences for Russia if it attacked Ukraine. Such bluster was being resorted to even though Russia repeatedly stated that there will be no invasion of Ukraine.

By stepping up the confrontation with Russia on Ukraine, President Biden is now simultaneously taking on both Russia and China. In the midst of the Ukrainian crisis, a meeting of the foreign ministers of the QUAD was held in Australia.  The QUAD forum, which is meant to contain China in the Indo-Pacific region, saw the US secretary of state, Antony Blinken, hold forth against Russia’s aggressiveness on Ukraine. This placed the Indian foreign minister, Jaishankar, in an inconvenient spot as India cannot go along with the US attack on Russia. This episode showed how QUAD is part of the US geopolitical strategy to maintain its imperialist hegemony. Both NATO and the QUAD are just two aspects of this global strategy.

Unlike the shrill rhetoric emerging from Washington against Russia, the two major powers of the European Union – France and Germany – have sought to diplomatically engage with Russia. French President Macron and German Chancellor Scholz visited Moscow successively to hold talks with President Putin.  With the announcement of the withdrawal of certain contingents of Russian troops who have completed the military exercises, the dire warnings of a war erupting have dissipated.

The way forward is to see that the Minsk agreement, which was arrived at between Russia, Ukraine, Germany and France in 2015 in the wake of the conflict in eastern Ukraine, is taken up for implementation and the talks for this are held. (IPA Service)

in IPA Special
Jun 27, 2022   ·
Follow us on
Up Next: Widening Of Inequality Is A Natural Consequence Of Capitalist Planning
Posting....