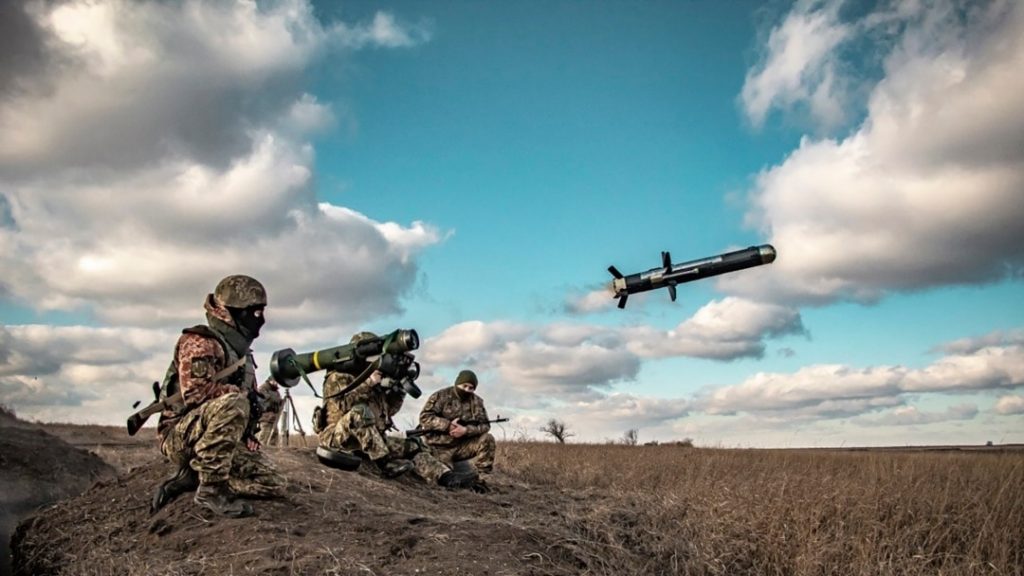 NEW YORK: News reports  this   week  continued to say Ukrainian forces were advancing in the Kherson area in the south of Ukraine, but there were no specifics beyond those general statements or assessments about whether they would soon retake the city.

Kherson fell to the Russians early in the war, and the Ukrainian government has put much of the blame for that on what it says were initial poor responses to the Russian invasion by Ukrainian armed forces commanders in the area.

There have been accusations by the Ukrainian government that some local leaders actually sold out to the Russians, and they have been removed by Kiev. Kherson has a large majority Russian-speaking population, and large numbers of them did not actively resist the Russian troops when they first arrived.

While news reports say Ukrainian troops are making gains as they advance toward Kherson, in Moscow the Duma, the lower house of the Russian parliament, officially voted to annex Kherson along with three other territories that Russia says it has liberated from Ukraine.

Russian Defense Ministry spokesman Igor Konashenkov did not deny Ukraine has made gains on the battlefield. He said that “with superior tank units in the direction of Zolataya Balka, the enemy managed to penetrate the depths of our defense.

The lower house of the Duma voted to incorporate two regions which split from Ukraine in 2014—Donetsk and Lugansk—and two that have been the site of fierce fighting since this year’s invasion, Kherson and Zaporizhzhia. The votes follow referendums staged in the territories by Russian officials.

There is some talk that the recent reports of Ukrainian victories—and even the annexations—may actually hint at a willingness by both Russia and Ukraine to negotiate. Despite the continuing bellicose talk coming from both countries and the continuing military battles in recent days, there are some signs of possible interest in negotiations. Such talks would build on the recent ones between Ukraine and Russia that successfully resulted in opening up grain shipments and exchanges of prisoners.

Kremlin spokesman Dmitry Peskov suggested on Monday that Moscow was “open to dialogue on the exact borders” of the areas annexed, particularly Kherson and Zaporizhzhia. “We will leave it open for possible discussion of borders with the residents of those regions,” he said after the annexation votes in the Duma.

The gesture, especially since it was made after the annexation approval in the parliament, is seen as a possible olive branch to Ukraine and also as a means to allow Russia to back down if it is unable to secure solid control of all of the areas it has claimed.

The idea is that Russia might be willing to give up the two areas of Kherson and Zaporizhzhia in exchange for Ukraine’s acceptance of the status quo for Donetsk and Lugansk. The latter two regions have not actually been under Ukrainian control since fighting erupted between them and the government in Kiev in 2014.

It was that year when independent republics were declared in those areas, launching a civil war in which thousands died in fighting between Russian-backed local separatists on one side and the Ukrainian armed forces and right-wing militias on the other.

There were indications before and during the early stages of the invasion that began seven months ago that the status of those two areas was something Ukraine was willing to discuss.

Ukraine now insists, however, it will not surrender any of the territories and responded to the referendums by signing application papers to fast track its membership in NATO. This can, of course, also be seen as an attempt by Ukraine to strengthen its hand in any coming talks.

Western media continue to report on the “significant” Ukrainian success on the battlefield, especially in the village of Lyman, and even Russian state-linked news outlets have begun describing the last few days of fighting as a “tough situation” for Russia’s forces.

The New York Times reported Tuesday, however, that Ukrainian soldiers are expressing concern that the rapid advances they’re making are thinning out their forces, opening up the possibility of successful Russian counter-attacks. “From one day to the next we don’t know where we are going,” a Ukrainian soldier told the Times. Those reports lend credence to the notion that some of the reports of Ukrainian victory may be aimed at holding on to support in the West for the continued funneling of weapons to Ukraine.

Meanwhile, the Times today confirmed the importance to Ukraine of holding onto U.S. support by actually quoting a U.S. “volunteer” who is in command of Ukrainian forces fighting along the battlefront. The 26-year-old commander of the Ukrainian unit gave his name as “Rob Roy.” It is the first time the “paper of record” admitted that a U.S. citizen is leading Ukrainians directly on the battlefield in that country.

When evaluating reports of possible willingness to negotiate, it must be remembered that a commitment to Ukraine remaining outside NATO was one of Russia’s primary and original war demands. Ukrainian President VolodymyrZelensky actually appeared ready to accept that demand before the war and during the early weeks of the Russian invasion. He said at that time that realism required acceptance of the fact that Ukraine was not going to join NATO.

As soon as he voiced willingness to consider that, however, and to consider a form of autonomy for Donetsk and Lugansk, something Ukraine had agreed to years earlier in the Minsk Accords, the right wing in Ukraine threatened to end his presidency.

Just days before Russian troops crossed the border, Yuri Hudymenko, leader of the fascist Democratic Axe group, told the New York Times that if the Zelensky administration showed any willingness to compromise with Russia, his “government will cease being the government.”

The U.S. then inflamed the situation and, at the very least, helped derail possible negotiations by saying talks would go nowhere and by encouraging Ukrainian refusal to compromise by pledging and delivering billions of dollars in military aid and weapons.

The combination of pressure from his right and the promise and delivery of unlimited U.S. and NATO military aid helped move Zelensky to a position of opposing any negotiations.

It is not just the right wing in Ukraine that was pleased. Gas companies, oil companies, and arms dealers in the U.S. ended up celebrating a war that has become a huge cash cow for them.

Pressure from forces to their right is something both Zelensky and Putin contend with. In Russia, the extreme right actually attacks Putin for not waging the war fiercely enough. It supports tough laws that punish any open opposition to the war and encourages the military to show no restraint in Ukraine.

Ramzan Kadyrov, the strongman leader of the Chechnya in southern Russia, reflects the openness of that pressure. He has urged Putin to take more brutal military action and openly attacked the Russian military for not being fierce enough.

In an online post over the weekend, Kadyrov said the incompetence of the Russian general in the battle of Lyman was being “covered up for by higher-up leaders in the General Staff,” and called for “more drastic measures” to be taken.

In Ukraine   also, the right wing is very powerful and has pressured for and won government support for repressive measures, including enactment of rules that weaken unions, banning of all political opposition parties, and elimination of and seizure of all the assets of the Communist Party, which was long the second-most powerful party in post-Soviet Ukraine. (IPA Service)

Doctors Have To Care Of All Patients, Irrespective Of Religion And Colour
Posting....