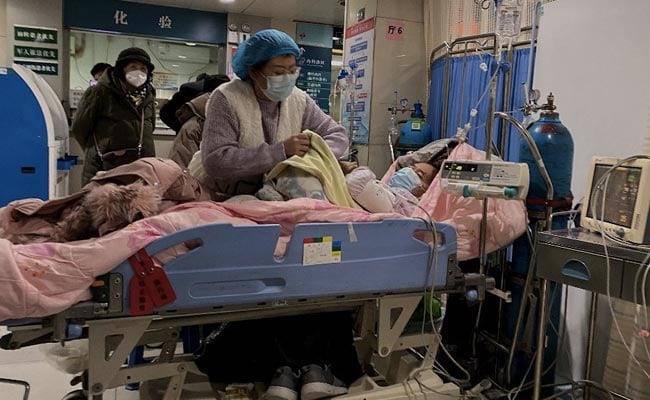 Deaths attributed to Covid in China have increased to 9,000 people per day, according to a data firm, reported news.com.au, an Australia-based publication.

The news.com.au report also says, “British-based research firm Airfinity has doubled the number of people it estimates are dying from Covid in China as the number of infections soar. It comes after Beijing lifted draconian zero-Covid health measures in November that had been in place for years.”

Protests erupted across China due to the harsh lockdowns after 10 people died in an apartment fire. There were allegations that firefighters were stopped from coming inside the apartment block due to the quarantine orders.

The country reversed its Covid policy due to widespread protests in its nine cities.

“Airfinity said its model was based on data from China’s regional provinces before changes to reporting infections were implemented, combined with case growth rates from other former zero-Covid countries when they lifted restrictions,” the report said.

According to news.com.au, “Beijing has been accused of withholding health information so it’s hard to accurately assess the numbers. However, China’s National Health Commission (NHC) last week confirmed that the country’s current outbreak is the largest the world has ever seen.”

“More than a billion Chinese could be infected with Covid by March. And more than 30 per cent of the population may have already been infected, that is up to 400 million people,” according to a The Australian report.

The virus is continuing to spread rapidly in China. Workers, however, are being called to go to work unless they have extreme symptoms.

Since China relaxed its controversial zero-Covid policy last month, the second-largest economy is struggling to deal with the meteoric rise in coronavirus cases throughout the country which is putting a burden on its healthcare system.

British virologist and biologist Jonathan Latham, Executive Director of the Bioscience Resource Project, said that Beijing is not being open and transparent about case numbers or deaths and that only accurate data can lead to good decisions in China and elsewhere.