Uddhav faction asks for name with Thackeray for party 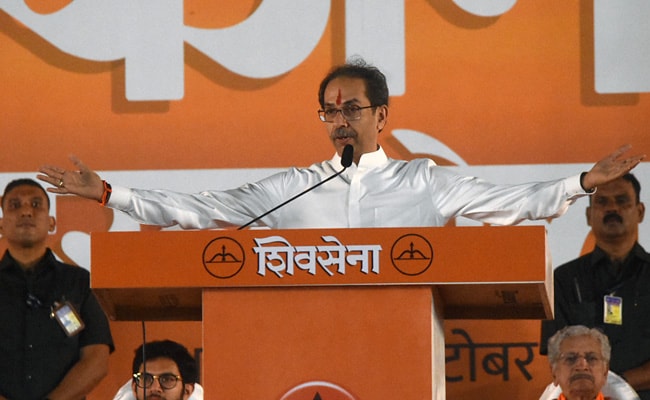 The Uddhav Thackeray faction of Shiv Sena has given a list of three names and symbols for the upcoming bye-election in Mumbai’s Andheri East, sources in the Election Commission said.

The Election Commission had yesterday frozen the Shiv Sena name and its ‘bow and arrow’ symbol following dispute between the warring factions, led by Uddhav Thackeray and Eknath Shinde, and asked both of them to give a list of three names and symbols out of which ECI will allot one to each.

The poll body’s intervention comes months after an open rebellion in the Shiv Sena by Eknath Shinde and his loyalists, who joined hands with the BJP to form a new government with Mr Shinde as the Chief Minister. The rebels have been staking claim over the party, saying the Thackeray camp is a minority without popular support in the party.

As per the poll body’s interim order, both groups will now have to choose new names. They shall be allotted different symbols, which they may choose from the list of free symbols available.

The Commission had earlier asked the rival groups to submit documentary proof on legislative and organisational support by August 8 to back their claims.

The deadline was extended to October 7 after the request of the Thackeray faction. On October 4, the Shinde faction had moved the Election Commission seeking the allocation of the bow and arrow poll symbol in view of the Andheri East assembly by-election that was notified on Friday.

Gadkari promises UP roads better than America’s before 2024
Posting....