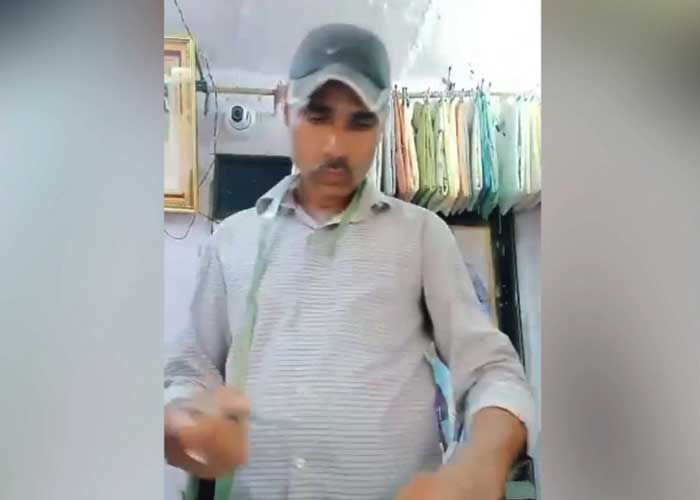 Riyaz Aktari and Ghouse Mohammad. The beheading of tailor Kanhaiya Lal by the duo could have been prevented if the police in Udaipur hadn’t turned peacemakers instead of piling the full force of the law on the law-breakers. After the two believers’ video that they were going to ‘sar kalam’ Kanhaiya Lal surfaced, the men in uniform should have understood that this was for real!

The sub-inspector arranged a meeting and the two sides shook hands. The SI retired to his office thinking his work had been done. But true to script, the faithful delivered on their threat, and once again the ultimatum held true to its message — ‘Sar kalam’. ‘Sar tan se juda’ is a peculiarity exclusive to the community of the believers — an age-old ritual built into the system, which always worked; nobody messed with the messiah’s standing in the eyes of the beholder.

Death by beheading is instant redemption whether the beheaded one liked it or not. Kanhaiya Lal’s instant demise made headlines, but only as if there was a pact to keep it under the radar. The legacy media chose to not mention “beheading”, limiting themselves to “tailor killed over…” and ‘tailor murdered”.

The tailor’s widow the next day was asking “cannot get a husband for a husband, can I?” She was still in shock. That said, Kanhaiya Lal’s beheading refused to hold the attention of political parties, too. And the media, which follows politics and politicians like the salmon its upriver path, took it as just another piffling murder. Somebody had told Kanhaiya Lal’s widow that the “government” should compensate her for her husband’s head.

That said, public killings such as Kanhaiya Lal’s have become grist for the public mill these days. The family doesn’t get to mourn, the family’s privacy be damned. If it was a road accident, ambulance-chasers would be all over the widow and children for a share of the insurance loot.

But that is not what happens to death by beheading, carried out by an ideology that is unrelenting as it is final! Then, politics comes into play and the political vultures swoop to gorge from the communal pot.

This time the Congress is in the crosshair, and Rajasthan Chief Minister Ashok Gehlot could have kept a compassionate mien, begging the question, shouldn’t somebody new take to piloting the crisis-hit state?

Need not worry. The BJP is too full of projected success in wresting Mumbai and Maharashtra from the grip of the trio making up the Maha Vikas Aghadi to be bothered with a beheading in a Congress-ruled state. Neither Union Home Minister Amit Shah nor Devendra Fadnavis could be diverted from ‘Operation Lotus’.

Not even after news that the head-hunters had held out a threat to Prime Minister Narendra Modi. When it comes to adding states to its bag, the BJP forgets everything except the acquisition. It started in 2002 with Gujarat. And it continues to this day, the BJP’s craving for opposition-ruled states.

So, the BJP and Modi have no time for Rajasthan. At least not for now. Kanhaiya Lal lost his head to a medieval menace that may or may not have religious sanction. And Gehlot is drawing ire for saying that the “communal atmosphere in the country” is dangerously skewed. Also for suggesting that Modi should find time from his tight global schedule and “talk to the people, what’s wrong in that?”

BJP spokespersons found it plenty wrong. They landed like a tonne of bricks on Gehlot. In the future, however, they would be looking at Rajasthan as a plum catch, another state for the BJP chest of states. Chances of Hindu-Muslim cacophony will hit the high notes all over again, especially in Rajasthan.

However, this beheading is cataclysmic. It has added to the building distrust between the Hindus and Muslims. If a beheading can take place in broad daylight, in a public square, so to speak, it can happen anywhere. Kanhaiya Lal’s beheading is proof that we’re being held ransom by a fundamental that will never change.

The distrust will increase. You cannot have a country with one half always wary of the other half. There is merit in Gehlot’s demand that Modi get off his high horse and “talk to the people”, what’s wrong in that, India is Modi’s country, too? (IPA Service)