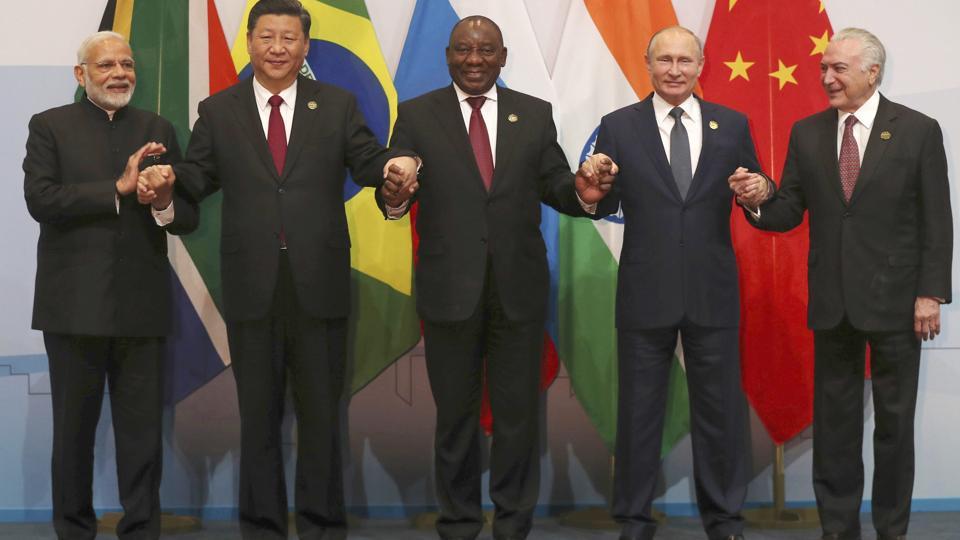 The announcement made in Tokyo on Monday by the United States President Joe Biden about the formation of a new economic block named Indo-Pacific Economic Framework for Prosperity (IPEF) has signalled the arrival of a new economic arrangement in the India-Pacific region to counter growing influence of China. This block of 13 initial partners including USA, Japan and India is also a challenge to the five nation BRICS (Brazil, Russia, India, China and South Africa) which have been holding summits regularly and holding discussions for economic cooperation.

Significantly, India is a powerful member of the BRICS and simultaneously, the country has   become an initial partner of the IPEF whose objective is to solely implement the economic programmes which suit the United States administration in pursuing its global economic agenda. Already, following the war in Ukraine which has just crossed three months on May 24, the NATO is being expanded and the QUAD has all the potential to function as an Asian NATO. In that global context, the formation of the IPEF is another expansionary move by the U.S to impose its political and economic hegemony on the Indo-Pacific nations.

Russian President Vladimir Putin has violated all international norms by invading Ukraine but  no rational  observer can ignore the role which the wet and NATO played before the February 24 attack and also in the last three months to expand the scope of the war and  constantly helping the Ukraine government through the supply of arms   and ammunitions as also funds to continue the war rather than holding serious discussions at negotiating table. NATO is taking full advantage of this Russian blunder by mobilising more troops on the borders with Russia disturbing the decades old status quo.

BRICS block cannot take the formation of IPEF as an ordinary economic cooperation development. The members have to formulate new strategy and expand the scope of BRICS to admit new members. China’s permanent representative to the United Nations Zhang Jun welcomed the potential expansion of the so-called BRICS group of emerging economies.

He expressed warm greetings to Kazakhstan, Saudi Arabia, Argentina, Egypt, Indonesia, Nigeria, Senegal, the United Arab Emirates and Thailand who met Chinese officials to discuss joining the bloc. The meeting was held on Friday before the formal announcement of the IPEF but the news was there in the diplomatic circles and it was a follow up of the online meeting of the BRICS heads last week in which the Indian Prime Minister Narendra Modi also participated. For nearly a decade, no new member was taken by BRICS, but now with the setting up of IPEF, BRICS cannot defer the decision on its expansion.

That the IPEF is a challenger to BRICS — there is no doubt about that. China is the driver of BRICS and so long India and China have remained as the two major countries who contributed to the GDP growth of the world economy in substantial manner. Among the BRICS members, only India is the signatory to the IPEF.  The question is what will happen to India’s standing in BRICS once it becomes a signatory to any economic programme aimed at countering China. Prime Minister Narendra Modi in his address on Monday committed India to working with all Indo-Pacific countries in supporting resilient supply chains, a major focus area of IPEF meant to provide an alternative to the Chinese approach.

The 13 initial signatories to the IPEF declaration include Indonesia and Vietnam also. In fact Vietnam’s name is included in the next list of probable members for BRICS. Now after becoming the member of IPEF, it is to be watched whether Vietnam agrees to consider BRICS membership. Similarly Indonesia’s name is also there. But the country which is most interested in becoming BRICS member now is Bangladesh. Both Bangladesh and Pakistan have the potential to become new members of BRICS.

BRICS started in 2001 as BRIC, an acronym coined by Goldman Sachs for Brazil, Russia, India, and China. South Africa was added in 2010. The notion behind the coinage was that the nations’ economies would come to collectively dominate global growth by 2050. The BRICS nations offered a source of foreign expansion for firms and strong returns for institutional investors. The party had largely ended by 2015, when Goldman closed its BRICS-focused investment fund.

Brazil, Russia, India, China, and South Africa ranked among the world’s fastest-growing emerging market economies for years, thanks to low labour costs, favourable demographics and abundant natural resources at a time of a global commodities boom.

It’s important to note that the Goldman Sachs thesis wasn’t that these countries would become a political alliance (like the EU) or even a formal trading association. Instead, Goldman said they have the potential to form a powerful economic bloc, even acknowledging that its forecasts were optimistic and dependent on significant policy assumptions.

Still, the implication was that economic power would bring political power, and indeed leaders from BRICS countries regularly attended summits together and often acted in concert with each others’ interests. Growth in the BRICS economies slowed down after the global financial crisis and the oil price collapse that began in 2014.  In the last eight years, there has been slowdown in global economy as also two years of pandemic but the BRICS nations managed the economy despite some hiccups. Analysts feel that the time is ripe for expansion of BRICS and take measures to make the block more focused and dynamic. (IPA Service)