U.S. House Speaker’s Visit To Taiwan At This Time Is Nothing But Provocation 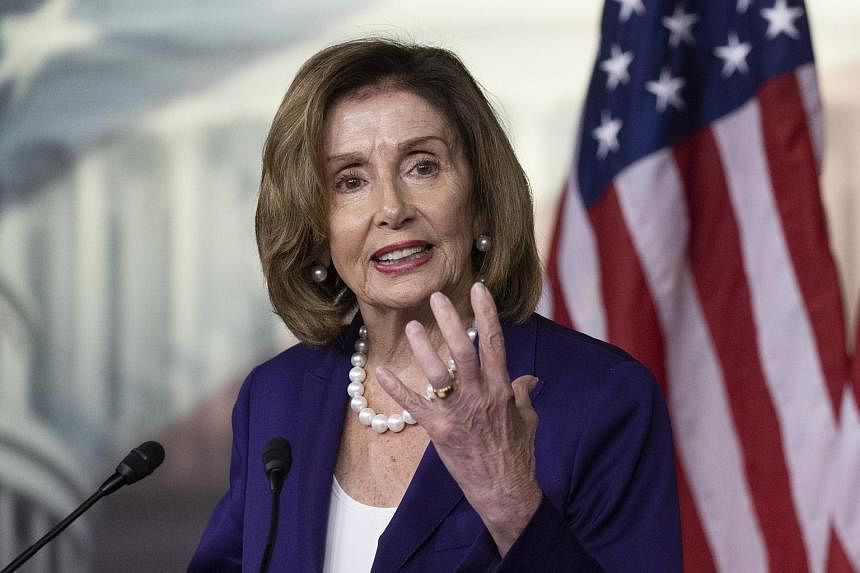 United States House of Representatives Speaker Nancy Pelosi is under immense scrutiny for her family’s incredibly profitable stock trades as the U.S. Congress considers a ban on its members, their staff, and families from swapping securities. She is presiding over what could be her last term as Speaker, if Republicans get their way, with historic unpopularity ratings. And to top it all off, she has seemingly decided on a whim to pay a visit to the island of Taiwan.

The trip, which makes her the highest-ranked sitting U.S. official to travel there in a quarter-century, has generated considerable controversy and escalated the fraying of ties with China. As the U.S. does not recognize “Taiwan independence” and Pelosi is second in the line of presidential succession, the move has been viewed by many on both sides as a dangerous step toward open conflict between the world’s two biggest economies.

First, some background. The “one-China policy”—which is to say the mutual recognition of one political body that is “China”—is the bedrock of U.S.-China ties. It is the only reason the two countries have a diplomatic bond, and it is an unshakable bottom line which if violated would constitute grounds for the complete dissolution of the relationship. Whatever talking points the U.S. likes to trot out to equivocate on the subject, the necessity of holding to the policy remains unchanged.

And make no mistake, the official U.S. position is one which de facto and de jure supports the People’s Republic of China as the sole representative of China, not the government in Taiwan that calls itself the Republic of China. “Strategic ambiguity,” “acknowledgment” of the PRC stance rather than acceptance, non-commitment to Taiwan’s military defense—none of these U.S. wordplays matter. The PRC has China’s seat in the United Nations, and the U.S. accepted the outcome of the resolution putting it there. The end. Full stop. Don’t let anyone hem and haw about it.

Despite this, there has been plenty of reason to doubt the U.S.’s sincerity in sticking to this fairly simple principle. Over the years, arms shipments have continuously been made to Taiwan, a clear abrogation of the third U.S.-China communiqué, which stated the U.S. would gradually draw down its provision of weapons from 1982 levels. Sales have instead ballooned, with billions of dollars of war materiel provided by every U.S. presidential administration since, no matter which party held the White House.

The U.S. has regularly hosted military drills in the South China Sea and “freedom of navigation” exercises through the Taiwan Straits; each time it does so, China responds in kind and the corporate press dutifully reports on it as if China was the one being provocative entirely without cause. If they mention the context at all, it will be buried deep in the story well past the point when most people stop reading. This, among many other troubling phenomena, is demonstrative of the U.S.’ cavalier attitude toward the principle underpinning relations with its biggest trade partner.

But one can hardly describe the domestic reaction to Pelosi’s trip as unanimous support. The White House doesn’t seem happy to have to deal with this amid the Russia-Ukraine conflict and mounting economic crises. President Joe Biden himself said the Pentagon has called it a bad idea. Scholars and commentators typically among the first to call for blood against any imagined offense from China have expressed mild skepticism, which in their circles might as well be outright condemnation.

No less an authority on reckless provocation than former U.S. President Donald Trump has come out against it; though in his case it might just be because Pelosi is doing it rather than a lackey like Mike Pompeo. Whatever his reasons—or hers, for that matter—it does give the impression this trip is happening without express or implied approval from the executive branch, much less the public at large.

Which would be in keeping with history. Pelosi has been a notoriously strident China hawk for so long that it seems like she’s been grandstanding since before our progenitors crawled out of the primordial ooze. She has never missed an opportunity to showboat, provoke, or otherwise sabotage relations in geopolitical climates both warm and icy cold. Recall that she was one of the first U.S. lawmakers to openly support the protests in Hong Kong and was a staunch opponent of the 2008 Olympic Games in Beijing as well as this year’s Winter Games in the same city.

We can see by the recent call between Biden and Chinese President Xi Jinping that the former’s administration has been attempting to mend ties to some degree, rightfully wary of a two-front conflict against both China and Russia. With her background, and her tenure as Speaker possibly on the wane, could it be that Pelosi timed this visit to force the White House into a more aggressive posture?

This is a far more intriguing—and disturbing—motive than the almost juvenile explanation of an ego-stroking farewell tour, as it would provide yet more evidence of the intrinsic momentum of the U.S.’ campaign of encirclement against China. It’s a worrying trend, and likely will only get worse in the years to come. Without any space for rational dialogue, the chances of a crisis which pushes the world across the Rubicon grow.

With Pelosi going through with her plan and setting foot on the island, what now? She has singlehandedly created a hair-trigger moment where any momentary lapse in communication could mean an escalation that spirals beyond anyone’s control.

China has not been in armed conflict with another nation for years, and there’s no reason that should change anytime soon. As the world’s economic axis turns eastward and China becomes the major trading partner of most of the globe, the need to rush the inevitable process of unification through forcible means is not growing; if anything, it shrinks exponentially by the day.

As for the U.S., it is not in its best interest to pile a world-ending conflagration on top of the myriad issues it already faces. This of course begs the question of why a U.S. legislator is fanning the flames with China as her own country is looking down the barrel of recession, flailing against waves of inflation, and struggling to keep its people employed, housed, educated, and in good health.

Perhaps the answer is that legislators, and the class she represents, don’t have an interest in solving those problems. Maybe they can read the writing on the wall as well as we can and have concluded the only way to prevent China from breaking up the hegemony of U.S. capital is through a devastating war, one where victory is far from guaranteed.

If that’s what they’ve decided, they are in for a rude awakening. The peace-loving people of the world, representing the vast working majority, won’t stand idly by and let themselves be marched into the meat grinder to sustain the profits of a tiny few. They will fight back against these absurd incitements and demand a system that actually represents their interests, a real democracy. (IPA Service)

Film Maker Aparna Sen Is Creating Waves With Her Latest ‘The Rapist’
Posting....