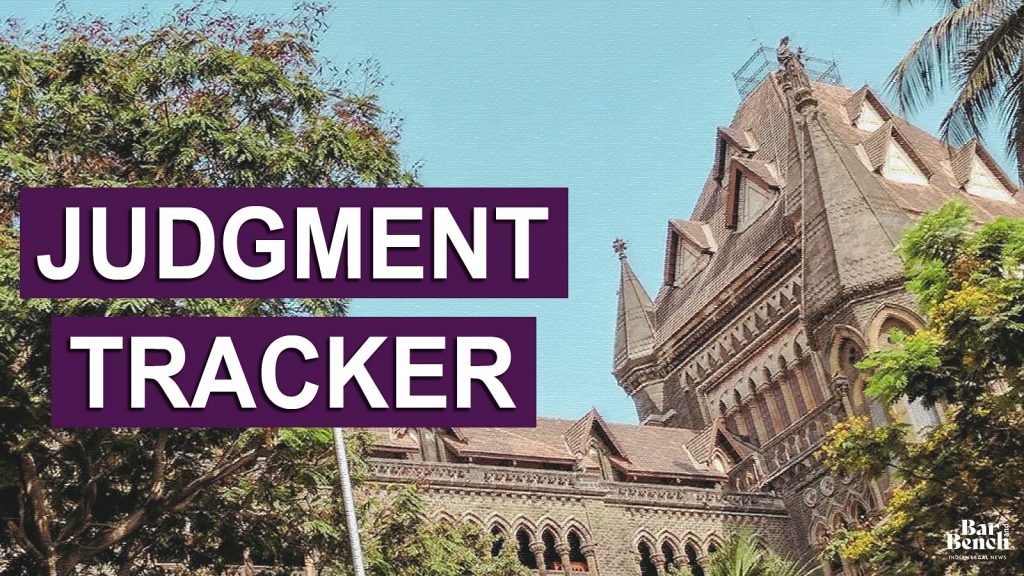 Two judgments of great significance delivered by the Bombay High Court in the last three years indicate a trend of understanding the Code of Criminal Procedure (‘CrPC’) as per the Constitutional framework of “due process of law” in Article 21 of the Constitution. This is a welcome trend, since the right to life is one of the most precious of all rights granted by the Constitution, which ought to inform the interpretation of all laws in India.

In Vachhalabai versus The State of Maharashtra & Ors. (2019), the Aurangabad bench of the high court dealt with the issue of how the expression “nearest magistrate” is to be interpreted.

The Panaji bench of the high court recently had an occasion to consider the peculiar issue of the consequences of violation of fundamental rights of a detenue guaranteed under Articles 21 and 22 of the Constitution, in Ugochukwu Solomon Ubabuko versus Union of India (2021). Valuing the right to be produced before the “nearest magistrate” within 24 hours of captivity, Justice Manish Pitale, in his judgment in this case, held that violation of such a precious right would entitle the detenue to bail.

The case pertained to a foreign national, arrested under the stringent Narcotic Drugs and Psychotropic Substances Act, 1985. Interestingly, this happened to be his fifth brush with substance abuse law, while he was on bail on the earlier four. Yet, this did not affect the outcome of the case before the court, and rightly so.

He contended in his bail application before the high court that he was actually detained at 6:25 p.m. on March 7, 2021 when a team of police officers landed at his house and from that moment onwards his movement was restricted, amounting to an arrest. Given that he was not produced before a Magistrate within 24 hours of the said arrest, he filed an application for bail before the concerned magistrate, citing the violation of his fundamental rights.

The police, on the other hand, applied for judicial remand on March 9, 2021. It was contended by the investigating agency that the applicant was arrested at 5:30 p.m. of March 8, 2021 and not on March 7, 2021; therefore, he was produced before the nearest magistrate on March 9, 2021, that is, within 24 hours of his actual arrest. It was denied that he was arrested or detained in any manner during the interregnum. It was further contended that the Magistrate had sent him to judicial custody on March 9, 2021, and therefore the ground of default bail was not available; he ought to have taken recourse to the court’s writ jurisdiction.

It was submitted by the prosecution that the entitlement under Section 167(2) of the CrPC being distinct from Articles 21 and 22 of the Constitution, the two did not stand on the same footing. Most importantly, to discredit and dispute the contention of detention since March 7, it was argued that the “detenue voluntarily accompanied (officials) to the police station for recording of his statement”; thereby, there was no “arrest” in law.

The court, on factual examination, relied on the seizure panchnama to lend credence to the contention of the applicant that he was indeed detained on March 7, 2021 with effect from 6:25 p.m. Throughout the process of the panchanama, the applicant was not free to move at his own will and was under control of the officers. Therefore, the court held that for all practical purposes, the applicant was arrested/detained with effect from 6:25 p.m. on March 7, 2021. He had availed of the remedy available to him by moving application for bail on March 8, 2021, citing violation of his fundamental rights. He was produced on March 9, 2021, before the nearest magistrate for the first time, whereas he was sent to judicial custody by keeping his application pending. The application for bail on the grounds of violation of fundamental rights was rejected on March 10, 2021.

Justice Pitale relied on a previous judgment of the Bombay high court in the case of SuaiboIbow Casamma versus Union of India (1993), in which it had been had held that production within 24 hours is not just the mandate of Sections 57 and 167 of the CrPC, but even under Articles 21 and 22 of the Constitution. A person cannot be detained beyond 24 hours without being produced before a magistrate. In this background, the court had granted bail in that matter with further direction to supply copies of its judgment to certain law enforcement agencies to ensure compliance with the law.

Justice Pitale also delved into the legal aspect of subsequent grant of judicial remand and the failure to decide the application for bail, in view of the judgments rendered by the Supreme Court in Union of India through CBI versus Nirala Yadav alias Raja Ram Yadav alias Deepak Yadav (2014), Pragyna Singh Thakur versus State of Maharashtra (2011), and M. Ravindran versus The Intelligence Officer, Directorate of Revenue Intelligence (2020). The court held that by virtue of filing an application on March 8, 2021, the applicant had availed of the remedy available to him and therefore, subsequent grant of judicial remand would not affect his right to bail. Hence, without going into the merits of the matter, purely on the ground of violation of fundamental rights, the high court granted bail, imposing stringent conditions, on the applicant.

The judgment is significant as it posits an understanding of the right to default bail as being a manifestation of the requirement of Articles 21 and 22 of the Constitution, violation of which leads to default bail.

There is a plethora of jurisprudence pertaining to default bail under section 167 of the CrPC. It has developed from being termed as ‘statutory bail’ to being recognized as a valuable fundamental right. However, there are rarely any instances when violation of section 57 of the CrPC has been viewed from the point of view of fundamental rights, entailing the victim to bail.

The lower judiciary has been too conservative in giving relief of such a nature when a violation of fundamental rights is raised. Experience shows that even the requirement of drawing an arrest panchnama has been made into a mockery. Most of the time, arrest panchnamas are drawn right before the person is produced in court for the first time to create documentation that the arrest has just been made and the person is being produced within 24 hours. While giving intimation of his arrest to a relative or friend of the arrestee, no copy of the arrest form is given to them, yet their endorsement is obtained. Seldom is there any mention of the narrative of the allegations under which the person is arrested; instead what is provided is only the enumeration of provisions of penal law invoked.

One of the major reasons why the law on arrest and right of the arrested person has not developed in our country for violation of fundamental rights, in comparison with first world countries, is that even when violation of the law is writ, large, courts have not considered it as enough of a reason to grant bail. For already burdened litigants who are desperate for their liberty, litigating around the violation of their fundamental rights is seen as a futile exercise costing time, energy and, most importantly, money. Lawyers discourage such proceedings, for it, at the most, would lead to the grant of monetary compensation at some distant time, and nothing more.

This judgment, therefore, is path-breaking and can lead to development of the law of arrest, rights of the detenue, and importance of constitutional safeguards, qua criminal cases for the right to life and liberty.

In another significant judgement, the Bombay high court’s Aurangabad bench, in Vacchalabai had occasion to consider the law of arrest and rights of the detenue. Therein, the issue was, whether a detenue is supposed to be produced before the “nearest magistrate” from the place of their arrest, or it would be sufficient compliance with Article 22 if the detenue is produced before the concerned magistrate within 24 hours, be it far from the place of their arrest.

Considering the issue from various angles and, importantly, relying on Constituent Assembly debates, Justice T.V. Nalawade held that the detenue has the fundamental right to be produced before the nearest magistrate from the place of arrest, and failure to do so would amount to violation of the rights guaranteed under the Constitution. He further held that producing the detenue before a competent magistrate within a period of 24 hours without producing him before the nearest magistrate would not satisfy the constitutional requirement. The words “nearest magistrate” literally mean the nearest one, not the one before whom the case is pending, even though the production may be within 24 hours, according to his judgment.

In times when one can fly from one part of the country to another multiple times within 24 hours, such judgments make constitutional safeguards vibrant, actual and enforceable. There are many instances when persons have been picked up from one state and, without obtaining transit remand, are taken to far-off states, and produced before a magistrate in purported compliance with the law.

The experience of arguing constitutional provisions in trial courts has not been encouraging. On many occasions, the prosecution does not provide copies of the applications or reports made against the accused, to her counsel or to the accused. Even courts do not entertain complaints against this, and insist that remand applications be argued by the accused, notwithstanding that no copies have been served. They express an inability to direct the prosecution to supply copies, citing no provision in the law for serving copies. Arguments based on Article 21 and 22 of the Constitution, and principles of natural justice do not help. Of course, it varies from judge to judge, but more often, it is seen that violation of constitutional safeguards is not given much importance at the trial court-level.

In times when constitutional principles are tossed to the winds and misuse of law by law enforcement agencies itself is an everyday occurrence, these judgments of the Bombay High Court could be a guiding torch for lower courts to realize their powers. (IPA Service)

Friday Violence By Muslims Is A Gift In Disguise For The Hindutva Forces
Posting....