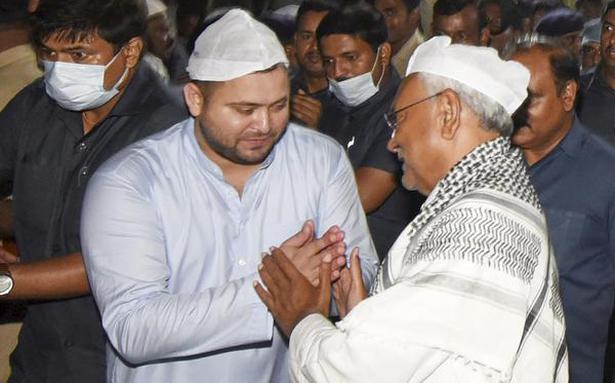 Twists in Bihar politics has now become perceivable with re-emergence of caste based clamoring among leaders of both national and regional political parties. The complexities and contrasts in the three decades of politics, beginning around 1889 with the well known Mandal vs Kamandal issue, now seems set to undergo a new churning.

The Janata Dal (U) leader Nitish Kumar has already batting for caste-census in the state to the discomfiture of the party’s alliance partner BJP that has been dominating the national politics on Hindu consolidation of votes across caste lines. The BJP is obviously under the grip of a fear that dominance of communal politics that had reversed the emergence of caste politics in the 1990s may be upset by re-emergence of caste based politics which may be the beginning of fall of BJP in Bihar and resurgence of regional parties like Nitish Kumar’s JD(U) of Lalu Yadav’s RJD.

This political twist in Bihar politics has triggered due to several factors, including the recent Vidhan Sabha election in Uttar Pradesh which showed re-emergence of Akhilesh Yadav’s Samajwadi Party. Even other states of the country are not immune to re-emergence of caste politics. Many politicians believe that consolidation of Hindu votes can be broken only through alienation of several castes from the communal fold of the BJP.

BJP is also aware of the moves of regional political parties on caste lines. It is perhaps due to this reason the Prime Minister Narendra Modi has been trying to play a major role in the OBC politics by bringing not only more OBC leaders in his cabinet but also some policies relating to reservations. BJP leadership is therefore trying their best to make their Hindu vote bank intact by preventing any split of votes on caste lines that may benefit the regional parties.

Stronger BJP in Bihar means undoing of Nitish Kumar and his politics and he is conscious of this possibility. He has therefore been not comfortable with the BJP which has been manifested recently in denying RCP Singh a Rajya Sabha Ticket who is now a minister in the Narendra Modi cabinet. It means there will be no minister from JD(U) in the Union Government led by the BJP.  Chief Minister Nitish Kumar is clearly upset by the BJP politics in his state.

Denying ticket to RCP Singh for the third time is not a simple incident, since he was once number two in JD(U), but his proximity with BJP and his talking for the BJP has enraged Nitish Kumar. Mr Singh had differed with the party line on conducting a caste-based census in the state, and supported the BJP which does not support any caste-based census. Going one step ahead, Nitish Kumar has set up an all-party meet as a first step towards holding caste census in Bihar.

Nitish Kumar gave Rajya Sabha ticket to Khiru Mahto, the Jharkhand JD(U) chief, which is indicative of the wish of the JD(U) leader to extend his brand of politics even in Jharkhand, a state where the BJP went out of power after being defeated by opposition alliance led by JMM’s Hemant Soren in the last Vidhan Sabha election.

Former CM of Bihar, Lalu Prasad Yadav and his party RJD led by his son Tejasvi Yadav, the leader of opposition in Bihar are also batting for caste-census, obviously for the same reason. They also believe that Hindu consolidation of votes in favour of the BJP can be broken only if their unity on communal line can be weakened through widening caste differences and caste based politics.

It should be noted that Nitish Kumar have largest support base among Kurmis in Bihar, while Lalu Yadav has among the Yadavas. Both have been trying to widen their support base by winning other castes too, especially other backward castes. The BJP has also been tying the same so that it can not only keep its support base intact but also attracting the voters of other castes by incorporating their leaders in the party or government structure.

There are also reports that Nitish Kumar is trying to become a joint opposition face in the national politics, perhaps in the hopes of becoming the PM face in the Lok Sabha election of 2014 against the BJP. For this, it is said in the political circle,  he can even realign with the RJD in the state by deserting the BJP, for a greater role in national politics.

RCP Singh’s recent statements after being denied a Rajya Sabha ticket also suggest the growing rift between the BJP and JD(U).  This rift is all set to escalate and become a political contest between Hindutva communal forces led by BJP and aspirational caste politics in the state led by the JD(U) and RJD. Re-emergence of caste (Mandal) politics may dent into the Hindu communal support base of the BJP, but only time will tell how much. (IPA Service)