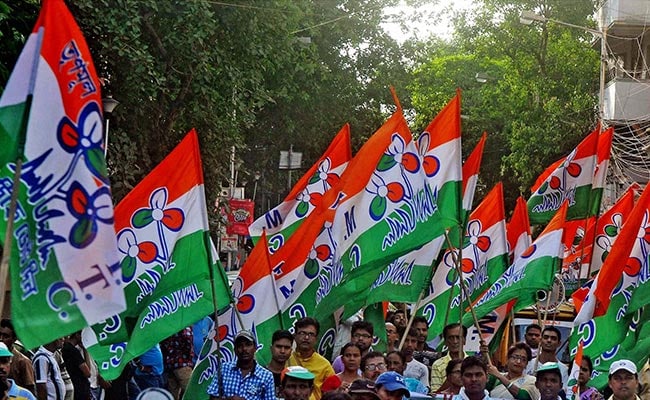 West Bengal chief minister Mamata Banerjee and her Trinamool Congress nursed high hopes from Tripura, but it could not be accomplished. Her aspiration to have one more state under her party’s wings and the recognition of being a national party received a severe shock from the people of the state with all 4 TMC candidates losing deposits in assembly bypolls, which were held on June 23 despite big-ticket campaign.

Notwithstanding she is admired as a leader of national stature and even her party leaders  are not tired of projecting her as a leader of national standing, the TMC is still viewed as a regional party representing the aspiration of the Bengalis of Bengal. Unless the party acquires the pan Indian image, it would be a tough proposition for Mamata to project herself as the all India leader in the true sense. This has been a major stumbling block in her effort to outwit Rahul Gandhi and stake her claim of being a national leader.

The fortitude of achieving has made her deploy a battery of 27 star campaigners under the leadership of the second person in command, Abhishek Banerjee. But they failed to reach to the voters and convince them of the importance of their party in the state. The TMC leadership, including Mamata, were sure of making a major impact on the political establishment of Tripura. But it did not happen. What came as a major shock to the leadership was the averseness of even the Bengali voters to rally behind the TMC.

In the byelections that were held on 23 June, all four TMC candidates — Mrinal Kanti Debnath (Jubarajnagar), Arjun Namasudra (Surma), Sanhita Banerjee (Town Bordowali), Panna Deb (Agartala) — lost their deposits. The BJP won three of the four seats while one, Agartala, went to the Congress. In the initial stage of the campaigning an impression had gained ground that the TMC would win at least two seats. But it did not fructify.

Notwithstanding this severe drubbing, the TMC leadership is confident of making a comeback in the 2023 assembly elections, but the fact remains that the party has not realistically underlined the reasons for its wash out.  Though the state president of TMC, Subal Bhowmick, expressed ebullience at the future prospect of the party he could not underline the features that would help it to come to power and provide a pan Indian character to the party.

The TMC leadership which is eyeing election battle of 2023 with the aim of overthrowing the BJP government  is  reluctant to agree to the postulation that the defeat has been a major setback and continue to assert, “We are only 11 months old here in Tripura; there is some weakness in our committees and a lack of consistency. But we will overcome these in the coming days”. To achieve their goal they are contemplating to design an electoral strategy to build up its organisation and open a headquarters in the state.

The voting percentage reveals that even the Bengali population of these four seats did not come out in support of the TMC.  The TMC got 2.1%, 2.98%, 3.3% and 2.96% vote share This has been indeed shocking.  It was expected that in TMC the Bengalis of Tripura would enjoy an advantage.TMC had at least managed to come second in the Agartala Municipal elections. Irrespective of the nature of clarification the fact cannot be denied that the TMC could not identify itself with the people of Tripura. Raising the issue of protecting the self respect and identity of Bengalis had helped the party in Bengal, but it had no agenda which talked about the self respect and identity of the people of Tripura. There is no denying the fact TMC committed the same mistake in Tripura what the BJP had done in Bengal in 2021 assembly election.

Allegedly lack of trust was supposed to be a major factor. The local tribal leaders did not get a major say in the running of the party. TMC failed to reach out to the Tribal population Tribals constitute 31 per cent of the population and have their own rich culture, one that is very different from the Bengali population. The Tribal population can influence around 35-36 assembly seats in the state, and 20 are reserved for them. TMC is almost non-existent in the tribal belt. They did not get votes in the tribal belt.

It is beyond comprehension how could Mamata Banerjee, an astute politician could depend on her own colleagues from Bengal to lead the campaign and party in Tripura? She should have entrusted this task to some local face. Strategically she should have projected some local face instead of entrusting the task   to a face from Bengal. The rivalry between the Tribals and Bengalis of Tripura has been quite old. It was only until much later that Subal Bhowmick was made the state unit president and was the only local face in the top brass.

In early years when the party was striving to have its foothold in Tripura, Sushmita Dev was given the task to strengthen the party in Tripura along with Assam. But later on Rajib Banerjee was entrusted to look after the party affair in Tripura. Both were outsiders and non-resident. Dev was from Assam and Banerjee was from Bengal. Ironically both failed to build a proper organization even in the state, especially in the Bengali-speaking areas. In fact the failure of the TMC leadership to hold back Sudip Roy Barman and Ashish Saha who had joined the party in 2016, and later moved to the BJP within a year in 2017 has simply eroded the confidence of the local activists in the TMC.

To fight BJP, the TMC needed a local leader having strong personal base. Though Abhishek Banerjee nephew of Mamata was the campaigner for the TMC, but his being a non resident was a major factor. Another mistake that the TMC made when in the state was the lack of sustained campaigning, especially after the civic polls. The TMC leadership should have learnt the lesson from its poor performance in Goa and focussed on Tripura. Instead of paying too much attention investing energy in Goa they should have focussed on Tripura. Their neglecting Tripura made them lose whatever little ground they had gained in the state.

The people of Tripura also did take the electoral violence in proper perspective. This was the reason that campaigning and roadshows did not catch the imagination of the people from the state. The party failed to be on the ground and dominate the political scenario. On its part the BJP fully exploited this lack of presence and outwitted the TMC.

The loss in Tripura should serve as an eye opener if they want to create a national presence, Mamata must ensure that she cobbles up a strong and effective network of the local leaders and talent. The BJP got just 1.5 per cent of the vote in 2013 assembly election but came to form the government in 2018.

Trinamool has 12 MLAs in the 60-member Meghalaya Assembly, all of whom had switched over from the Congress in November last year. It is the principal Opposition party. Obviously these legislators and local leaders should have to be the vanguard. Mamata must change the prevalent perception that Trinamool is a Bengali party. It has to reach the message to the people “Trinamool is a national party and Meghalaya will be run by the people of Meghalaya and not by Bengalis….”. Nevertheless the ruling combination is trying to spread the impression that TMC will bring the culture of abuse, hostility, mud-slinging and misinformation. (IPA Service)