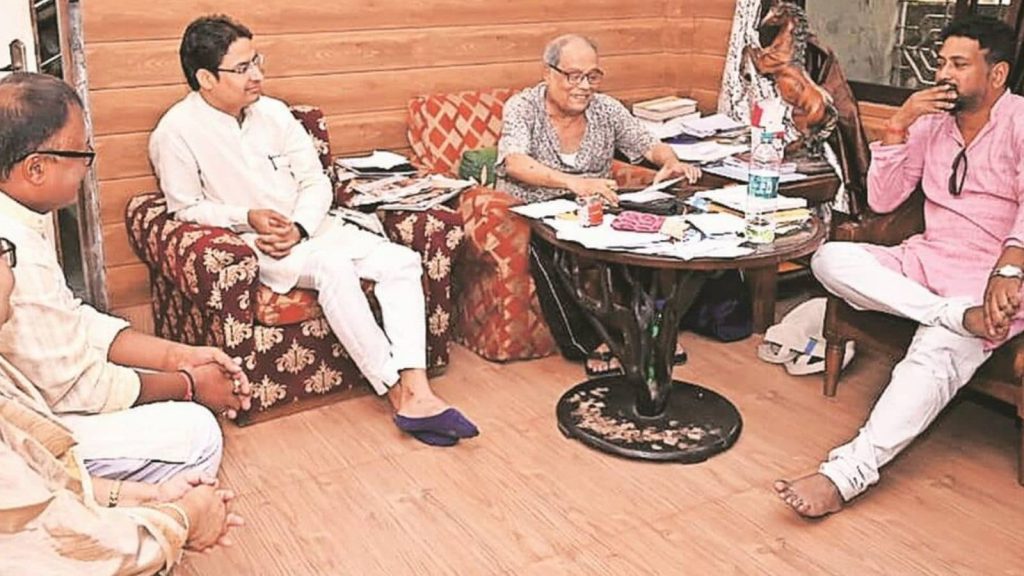 A meeting between two BJP lawmakers and a CPI(M) leader in north Bengal has raised eyebrows in the TMC camp, with the ruling party claiming it was part of a “greater design to destabilise” the region and the state government. Both the saffron party leadership and CPI(M)’s Ashok Bhattacharya, however, refuted the claims and speculations, and said it was just a “courtesy visit”.

BJP’s Darjeeling MP Raju Bista, along with Siliguri MLA Shankar Ghosh, had on Monday visited Bhattacharya, former Siliguri mayor, at his residence, and shortly after shared pictures of the meeting on social media.

“Today, I called on Sri Ashok Bhattacharya, Ex-State Minister, former Mayor of SMC and MLA Siliguri at his residence to exchange Diwali Greetings. I was accompanied by @DrShankarGhosh MLA Siliguri and other Dist and Mandal Karyakartas,” Bista had tweeted.

The TMC, in its mouthpiece ‘Jago Bangla’, was quick to infer that the meeting was set up for an arrangement to “destabilise the state government by December”. TMC state general secretary Kunal Ghosh later said, “This is not just a courtesy meeting but part of a greater design to destabilise north Bengal. The BJP, since its defeat in the last assembly polls, had been trying to divide the state by either fanning the demand for a union territory or a separate state. We condemn these cheap politics.”

Several senior BJP MPs and MLAs had in the past openly advocated the bifurcation of Bengal, either by creation of a new state or a union territory by carving out north Bengal.

Leader of the Opposition Suvendu Adhikari had said on occasions that the TMC-led government would not complete its full term and its days were numbered in the state. Bhattacharya, on his part, termed the TMC allegations as baseless.

“There is nothing political about this visit. It was just a courtesy visit by the BJP MP. He came as he would not be able to attend a ceremony in honour of my deceased wife later this month. As it was on the occasion of Diwali, he brought some dry fruits,” the CPI(M) leader asserted. Echoing him, BJP MP Bista, in a statement, said that common courtesy and basic decency, under the TMC, have become “rare phenomena” in the state.

“The desperation of the TMC in labelling our meeting as a set up for a new arrangement, in its mouthpiece, exhibits the sense of fear and insecurity it feels. TMC members seem to have forgotten that seeking blessings of elders during festivals is an intrinsic part of our culture,” he said.

Kharge takes over from Sonia as new Cong chief
Posting....