Time For Middle Eastern Sports Has Arrived On The Global Arena 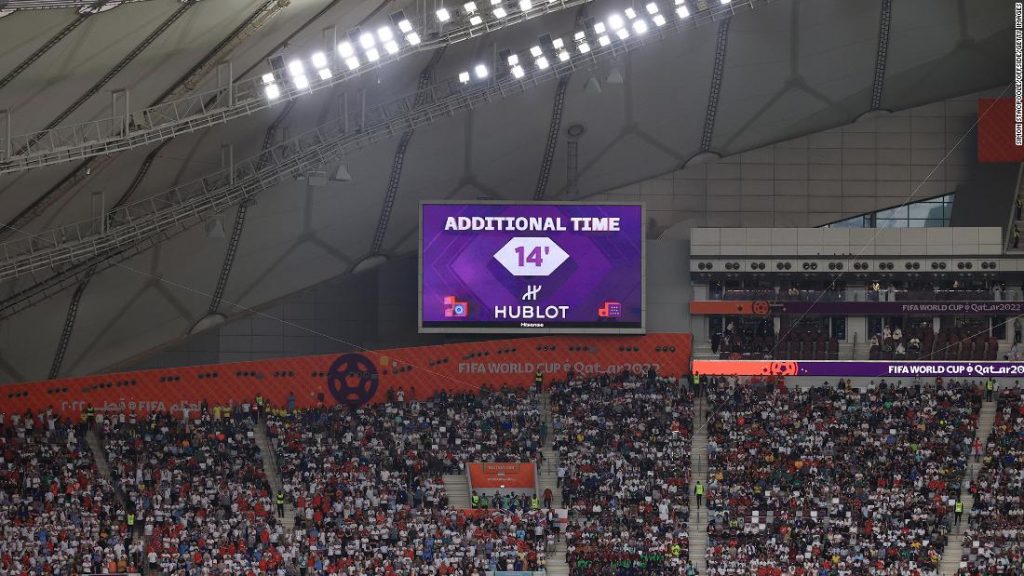 This decade and beyond could be the era of Middle Eastern sports. It may not have sunk in yet, but the Qatar World Cup was the kick-off rather than the finale.

Qatar and Saudi Arabia will be this decade’s focal points of Asian sports. By 2030, Egypt and Turkey could become part of the global sports-hosting mix. That doesn’t mean that Arab and Berber North Africa will be sidelined. On the contrary, barely two months after emerging as a World Cup superstar, Morocco will host the FIFA Club World Cup in February.

Qatar will host the Asian Cup a bit later in 2023. Saudi Arabia is certain to host the 2027 Cup. Doha is back in the picture as home to the 2030 Asian Games; in 2034, it’s Riyadh’s turn. Saudi Arabia and Egypt are considered FIFA favourites for the 2030 World Cup should they decide to bid for the tournament together with Greece. A Moroccan pitch for the 2030 World Cup is also within the realm of possibilities.

In between, somewhat incongruously, Saudi Arabia, better known as a desert kingdom, will host the 2029 Asian Winter Games in its futuristic yet-to-be-completed $500 billion city of Neom on the Red Sea. Moreover, Saudi Arabia is also bidding for the rights to the 2026 AFC Women’s Asian Cup. Further afar, Qatar and Saudi Arabia are separately considering bidding for the 2036 Olympics but could join forces. Egypt and Turkey are mulling their separate candidacies.

All players will have learnt lessons from the human and worker rights criticism Qatar confronted in the 12-year runup to the tournament that just ended. The indications are that so have human rights activists. Saudi Arabia and Egypt, unlike Qatar, two of the world’s worst human rights violators, are likely to be gluttons for punishment.

However, for activists, the litmus test will be whether they subject the 2026 hosts of the World Cup – the United States, Mexico, and Canada — to the same level of criticism that Qatar experienced. Leaving aside the biased and bigoted nature of some of the discussion about the Qatar World Cup that didn’t spare Lionel Messi’s triumphal lifting of the trophy on behalf of the victorious Argentinian team because Qatari Emir Tamim bin Hamad Al Thani honoured him with a traditional Arab cloak, the tournament fuelled a long-standing debate on whether autocracies that violate human rights should be granted hosting opportunities that allow them to project themselves on the international stage in a different light.

The flurry of bids and tournaments to be hosted in the Middle East and the by and large celebratory aftermath of the Qatar World Cup proves that the criticism of the Gulf state did little to make Qatar or other regional autocracies rethink the risk of exposing themselves. At the end of the day, the World Cup achieved what the Qataris wanted.

That is likely food for thought for activists for whom the tournaments constitute a golden opportunity to justifiably pursue the campaign for worker and human rights in the Middle East and North Africa, provided they learn from mistakes made with Qatar. That is not to distract from the gains achieved by activists’ pressure for migrant workers and the laudable effort of human rights groups and others that did not allow themselves to be sucked into culture wars. That is true, even if they failed to distance themselves for much of the past 12 years from critics who seemed more driven by prejudice and bigotry than genuine concern for the plight of the underdog.

Arab states could set a new benchmark for activists and restructure FIFA if Saudi Arabia tries for a second time to carve a new regional federation out of the world soccer body’s two largest constituent elements, Asian Football Confederation (AFC) and Confederation of African Football.

Eager to be the regional hub for sports and everything else from business to entertainment and innovation, Saudi Arabia attempted in 2018 to create a South West Asian Football Federation. The kingdom, as well as AFC members Bahrain, Yemen, Oman, Kuwait, the United Arab Emirates, India, Bangladesh, Nepal, Bhutan, Maldives, Sri Lanka, and Pakistan, initially signed up for the federation. However, the initiative collapsed within months.

Riding on the wave of the Qatar World Cup’s success, a potential new move to create an Arab soccer federation would potentially see 12 Middle Eastern associations depart the 47-member AFC and leave the seven North African associations that fall under the 54-member the Confederation of African Football (CAF) little choice but to join their Arab brethren. A renewed attempt to create a South West Asian body would leave North Africans with the option to remain in CAF but potentially deprive the AFC of an additional seven associations.

It didn’t help that Qatar secured the rights to the 2023 Asian Cup after China had to back away from hosting the tournament because of its zero-tolerance Covid-19 policy. The Korean Football Association (KFA) responded positively to an AFC inquiry on whether it would want to replace China but suggested that Qatar made a better financial offer.

“Qatar has promised huge financial support, such as the participation of additional sponsors by its own companies in the AFC, which is currently suffering from a loss due to COVID-19, a large-scale broadcasting rights contract with its own broadcasting company, and support for operating expenses of the Asian Cup,” the South Korean association said in a statement in October. The KFA said the Qatari manoeuvre was part of an “unconventional offensive and support of Middle Eastern countries trying to take the lead in Asian football.”

The Koreans further asserted that the prospect of Saudi financial support for the AFC had secured the kingdom hosting the 2027 Asian Cup. Saudi Arabia is the only candidate after India, which the AFC also shortlisted, withdrew its bid.Arab influence in Asian and African soccer governance has long been undeniable. The AFC is headquartered in Egypt, traditionally one of African football’s best performers at the national and club level.

Similarly, except for two years, Arabs have presided over the AFC for the past two decades. First, it was Qatari national Mohammed bin Hamam from 2002 until 2011 when he was ousted as part of the power struggles and corruption scandals that rocked global soccer governance. The AFC’s current president, Salman Ebrahim Al-Khalifa, a member of Bahrain’s ruling family, has been in office since 2013 and is set to be elected unopposed in February for a fourth term. Al-Khalifa manages the group primarily from Bahrain, even though the AFC is headquartered in Kuala Lumpur.

Finally, Qatar showcased its influence in global soccer when it’s two most famous employees, Messi and Kylian Mbappé, who both play for a Qatar-owned Paris Saint Germaine, squared off in Sunday’s France Argentina final of the Gulf state’s World Cup. (IPA Service)