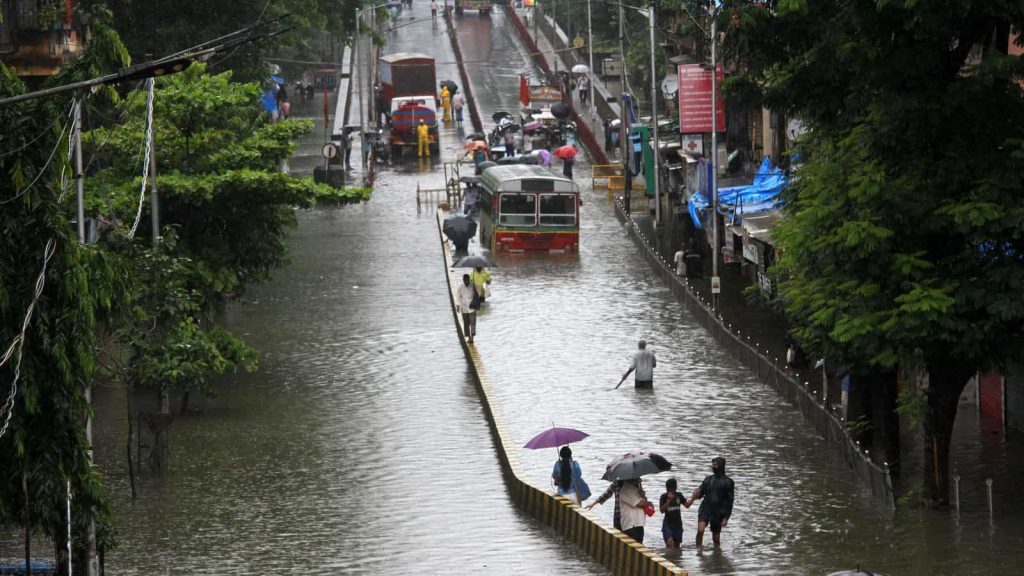 The number of natural disasters is projected to reach 560 a year globally by 2030, i.e., over three in two days. The scale and intensity of the disasters are sharply increasing, and the UN Office for Disaster Risk Reduction (UNDRR) has blamed it on faulty risks perception leading to such decisions that exacerbate the existing vulnerabilities. Since Asia, especially South Asia will be the worst sufferer, India has much to be worried about because it is the fourth top country in the world with highest levels of the INFORM Natural Hazard Risk Index with a score of 7.7 with around 32 per cent population living under the national poverty line.

The latest UNDRR report ahead of next month’s Global Platform on reducing risk, says that risk perceptions are broken because they are based on “optimism, underestimation and invincibility” which lead to such policy, finance, and development decisions that exacerbate existing vulnerabilities and put people in danger. The scale and intensity of disasters are increasing, with more people killed or affected, in the last five years, than in the previous five.

Contemporary ways of understanding and assessing risk often consider the status quo and rarely look into how risk in systems has been shaped over a period of time the report says. For example, in the context of COVID-19 in the old city of Ahmedabad, the percentages of population residing in a one-room household or with more than five people living in a household appeared to be dominant factors in the spread of the disease. This is the result of historical socioeconomic realities. Thus, recurrence of a similar outbreak would lead to comparable consequences if these underlying vulnerabilities were not addressed. An important takeaway for policymakers in this regard is to investigate such contemporary and historical causes of social and economic vulnerabilities, so they can be addressed through integration of risk reduction within contexts that perpetuate vulnerability and generate risk.

The Global Assessment Report on Disaster Risk Reduction, Our World at Risk: Transforming Governance for resilient Future 2022, while discussing the challenge reminded the world about COVID-19 that has heightened existing vulnerabilities in health systems. Moreover, it has exacerbated inequality and unemployment. People became miserable both particularly in urban areas having serious consequences on education, nutrition and food security along with other SDG goals. The systemic impacts of the pandemic and the pattern is shown in a recent study (2022) conducted in the old city of Ahmedabad, the World Heritage City in India.

The report points out about the risks of rapid urbanization which is making people more vulnerable to the impacts of climate change, in part due to the concentration of large cities in coastal area subject to the impacts of sea-level rise. Since 2006, the average sea level rise rate has increased to 3.7 mm per year as per the latest IPCC report. It is projected that by 2100, about 200 million people in the world will be affected by it with most of those in Asia, in particular China (43 million), Bangladesh (32 million), and India (27 million).

Apart from very high casualties, disasters are also costing more and increasing poverty. Economic losses from disasters have more than doubled over the past three decades, showing an increase of 145% from an average of around $70 billion per year in the 1990s to over $170 billion per year in the decade ending in 2020. Approximately 40% of this loss is insured. However, such coverage is overwhelmingly concentrated in developed countries, with insurance coverage rates in the developing world averaging less than 9%. There are many systemic risks and trends, like sea- level rise, for which insurance is not an option, the report said.

The report has outlined that the climate emergency and systemic impacts of the COVID-19 pandemic point to a new reality. In a world of certain uncertainty, understanding risk is fundamental to achieving genuinely sustainable development. The best defence against future shocks is to transform systems now and build resilience by addressing climate change and other hazards. This includes reducing the vulnerability, exposure and inequality that drive disasters. Action is possible.

The planning systems and institutional culture of the twentieth century worked towards fixed time frames, for known outcomes in contexts that were largely stable and linear, or were assumed to be. The complexity of today’s world and the destabilization of global ecosystems through climate change and other direct human impacts require that twenty-first century institutional cultures must become more comfortable with uncertainty. They need to manage responsively within wider parameters of possible outcomes rather than assuming there are static targets to meet.

Governance systems need urgently to adapt their accepted methods for setting targets, to reward learning from mistakes, and to reassess how to communicate more clearly around trends and uncertainty. This report has provided insights on how this can be done. It identifies three key bottlenecks that are hindering progress on reducing risk: Governance systems are measuring and valuing the wrong things, Products and services work against, not with, how human minds and institutions make decisions, and Current methods fail to understand and manage risk as it cascades across systems and sectors. Subsequently, it calls for three key actions: Measure what we value, Design systems to factor in how human minds make decisions about risk, and Reconfigure governance and financial systems to work across silos and design in consultation with affected people. (IPA Service)