There Is Scope For Discussion On Norms For Appointment Of Judges 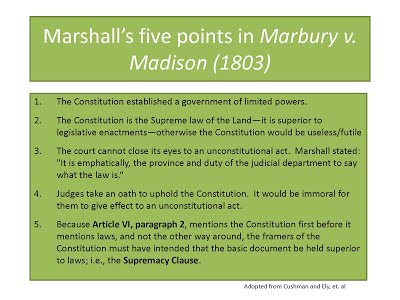 Is the collegium system of choosing judges perfect? That’s what former Chief Justice of India, U U Lalit, has claimed in recent interviews. Indeed he has even suggested that it’s intrinsic to the basic structure of the Constitution. But is he right on either counter? Let us see what research reveals.

Let us take the second issue first. The word collegium does not feature in the Constitution. More importantly, an amendment to add the “concurrence of the chief justice” in the appointment of procedure was defeated in the Constitution Assembly. However, in 1993, the Supreme Court did this by deciding that the consultation referred to in the Article 124 (2) actually means concurrence, disregarding the fact every dictionary has different meanings for the two words.

So, it is hard to believe that the collegium system is intrinsic to the basic structure when  it is not even part of the Constitution. Instead, it seems to have been inspired from what Humpty Dumpty said “When I use a word it means just what I choose it to mean”.

Let us now come to the question of perfection. Justice J Chlameswar, in the 2015 National Judicial Appointments Commission case said: “….proceedings of the collegium were absolutely opaque and inaccessible both to the public and history”. Justice Kurian Joseph agreed: “Collegium system lacks t transparency, accountability and objectivity”. So, clearly, some former judges of the Supreme Court do not believe it is perfect.

Here are some of the reasons why. First, we don’t know the criterion by which judges are considered nor basis on which they are chosen. Second, since the collegium system operates behind closed doors, there is ample scope for nepotism. Not surprisingly, there have been A bigger concern is quality of judges selected by collegium. For a start, the best often ignored. Two examples are Justice Akil Kureshi and Justice Ajit Prakesh Shah. In Kureshi’s case, Justice Rohinton Nariman refused to nominate any other person until he was appointed, but that never happened.

Even worse, inappropriate people are chosen. The most glaring example is Justice CS Karnan, who ended up in jail. Some others invite controversies, such as Justice Arun Mishra and justice MR Shah who embraced the Supreme Court when as sitting judges, they publicly praised the Prime Minister.

Now a system with these infirmities  can  not  be   called   perfect. Not in the eyes of former Chief Justice JS Verma who, in 1993 wrote the judgment that created the collegium system. In an interview, he said he had changed his opinion and now believed a National Judicial Commission, which gives a role to the executive, is a better way of appointing judges. So, if the person who authored the verdict has changed his mind, can the system be perfect?

Justice Verma argued that while judges are better placed to assess the judicial acumen of candidates, the Executive is better equipped to assess their character and integrity. That is why it must have a role.

However, he went a step further. In 1997 when he was Chief Justice, the collegium recommended a name about whom the then Prime Minister I K Gujral told him that the intelligence agencies had serious reservations. Verma withdrew the name and informed five of his colleagues why he had done so. Three of them went on to become Chief Justice and one of them disregarded.  For Verma, this was the proof the collegium can nominate the wrong sort of person. And, this was not a solitary example, he added. (IPA Service)