There Is A Calculated Conspiracy To Discredit Kerala Chief Minister 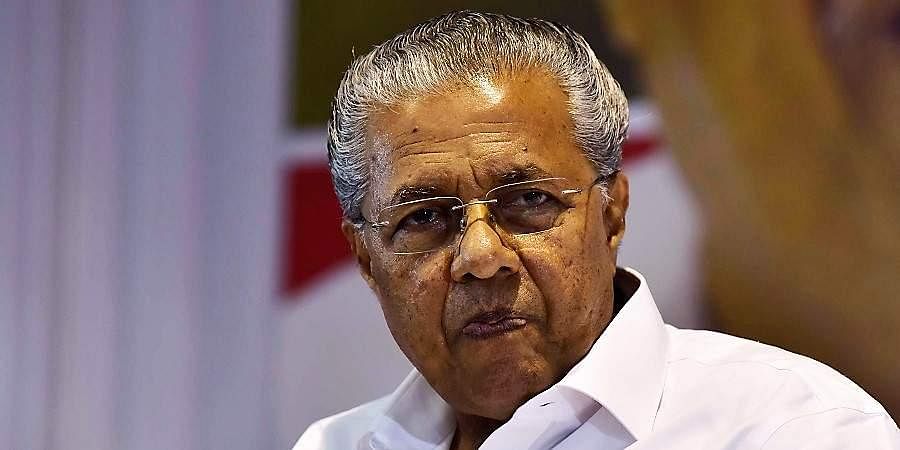 Unfazed by fresh ‘revelations’ in the diplomatic channel gold smuggling case, the Pinarayi Vijayan-led Left Democratic Front (LDF) Government has demanded a probe into the conspiracy to discredit it.

The Government’s demand has come following the ‘new’ allegations levelled by Swapna Suresh, an accused in the smuggling case. In her statement given before a magistrate in Ernakulam under Section 164 of the Code of Criminal Procedure (CrPC), Swapna has alleged involvement of Chief Minister Pinarayi Vijayan, his family members and top bureaucrats including M. Sivasankar, former Principal Secretary to the Chief Minister, in smuggling activities.

She has also alleged involvement of K T Jaleel, a minister in the first Pinarayi Cabinet, and C M Raveendran, who was a part of the CM’s office earlier. Swapna has alleged that the UAE consulate had collaborated with the CM’s office to smuggle currency out of the country. She also said the embassy had facilitated import of biryani vessels allegedly containing contraband metal to Cliff House, the official residence of the Chief Minister.

The revelations have, expectedly, triggered an uproar in the state. The Congress and the Bharatiya Janata Party (BJP) have demanded the CM’s resignation. Leader of the Opposition (LOP) V D Satheesan has sought an investigation monitored by the court. He claimed that Swapna’s allegations have substantiated the United Democratic Front (UDF)’s charges against the previous Pinarayi Government. Kerala Pradesh Congress Committee (KPCC) president K. Sudhakaran opined that the Swapna statement has exposed the conspiracy hatched by the CPI(M) and the BJP to cover up the gold smuggling case.

An unflustered Chief Minister Pinarayi Vijayan said the people had comprehensively rejected the false allegations and slander campaign launched by the Congress and the BJP against the previous LDF Government in the run-up to the 2021 assembly elections.  Calling it an exercise in futility, Pinarayi said such attempts would not weaken the Government’s will or deter it from following its people-friendly agenda and welfare measures.

A close look at Swapna’s revelations is necessary to put things in proper perspective. In her statement, Swapna said she had no political agenda. She also appealed against politicizing her statement! If that was her intention, then, why did she have a detailed telephonic talk with Janapaksham leader and a pucca politician like P C George? Reports say George called her 14 times and she in turn made five calls to him. She also avoided a comment on newspersons’ query on whether she had met George in person! Incidentally, in an earlier statement, she had alleged that the ED had forced to issue a statement against the Kerala Chief Minister.

The CPI(M) and the LDF have every reason to suspect a conspiracy. The Swapna-George tie-up itself arouses suspicion. It is an open secret that George nurses a grudge against the Government for arresting him in connection with a communally incendiary speech he made at a Hindu sammelan against Muslims. Reports also have it that Swapna is working for an organization which has RSS links. Reports also have it that the office was inaugurated by George! This being the ground reality, the LDF leaders cannot be blamed if they see a Swapna-0BJP-George conspiracy to malign the only communist government in the country.

The allegation made by the Congress that there is an unholy nexus between the CPI(M) and the BJP is also is baseless. If that were the case, the LDF Government’s Crime branch would not file a case against BJP state president K. Surendran in connection with the Manjeswaram bribery case at this point of time. This fact knocks the stuffing out of the allegation that the gold smuggling case has been buried fathoms deep following a BJP-CPI(M) secret understanding.

The prevailing perception is that the gold smuggling case is a dead horse. The Opposition is engaged in a futile exercise flogging it. The issue has been proved for what it is – a humongous sham. Of course, the central investigating agencies – including the Enforcement Directorate – will try their level best to dig out fresh ‘evidence’. But such crude attempts to revive the gold smuggling case with the express objective of extracting political capital will once again be rejected with the contempt it deserves by the people of the state. That is the crux of the LDF leaders’ argument. Whatever the denouement, the political mercury has soared in the wake of the Swapna revelations. Coming days could see a flurry of political activity. (IPA Service)