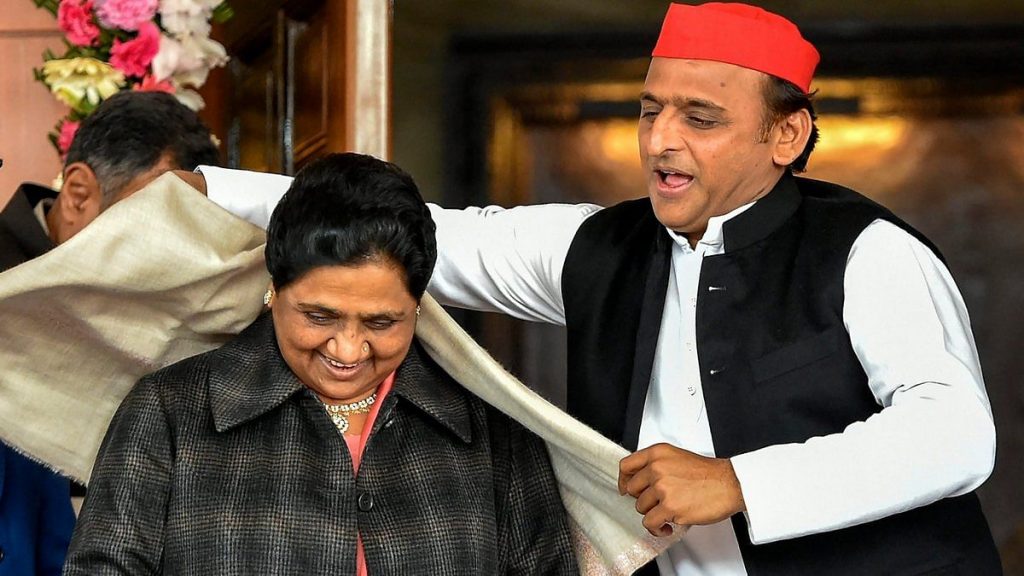 LUCKNOW: Samajwadi Party and Bahujan Samaj Party are confronting each other to poach vote bank to the advantage of BJP in next Lok Sabha polls. At a time Samajwadi Party is facing tough challenge from BJP in two crucial by-elections in Azamgargh and Rampur won by the party in 2019, BSP national President Mayawati is more keen to damage SP as    against   the    BJP. That is why the party decided to contest these polls after long time.

Normally BSP avoids contesting by-polls but this time Mayawati surprised everybody with announcement of Muslim candidate from Azamgarh which had been pocket burrow of. Mulayam Singh Yadav and his party. Mayawati announced the name of her party leader Guddu Jamali also known as Shah Alam to take on SP candidate Dharmendra Yadav and cousin brother of Akhilesh Yadav and BJP candidate a popular Bhojpuri  actor and singer Dinesh Lal Yadav known as Nirahua.

During last elections, Akhilesh Yadav won from this seat and vacated it later to become Leader of Opposition in UP Assembly. Now Mayawati is also testing ground to see how voters react to her candidate who could damage chances of SP candidate.

Mayawati had gained significantly in 2019 Lok Sabha polls when she entered into alliance with Samajwadi Party and raised the tally of MPs in Lok Sabha from 0 to 10.Mayawati got the advantage of Muslim votes thanks to Samajwadi Party but she terminated the alliance soon after the results were announced.

For the poor performance of her party which got only two seats in 2022 assembly polls with worst ever vote share which came down to only two per cent, Mayawati blamed Muslim community which supported SP. Now Mayawati is more keen to cut into Muslim support of Samajwadi Party to ensure victory of party candidates with dalit votes and caste support of the candidate concerned.

Although BSP has not announced any candidate in Rampur but party but is more keen to win over Muslim support in a seat vacated by SP leader Mohd Azam Khan who would play victim card for his candidate as he was lodged in Jail for more than two years.

In order to overhaul party organization, Mayawati has given responsibility to her brother Anand and nephew Akash. Mayawati has also revived bhaichara samiti of different castes to add to support for dalit and Muslims. On the other hand Akhilesh Yadav is strengthening his alliance partners to face next Lok Sabha polls.

Akhilesh Yadav wants to keep alliance partners happy to face crucial Lok Sabha polls. That is why he is sending important leaders to Rajya Sabha and UP Council. At the same time Akhilesh Yadav is busy overhauling the organisation to give prominence to youth to take on BJP.

Moreover Akhilesh Yadav is also busy to increase vote share of party to defeat BJP. During last assembly polls Samajwadi Party gained 12 per cent votes and raised the tally of party MLAs from 48 to 111. As a part of strategy to poach dalit votes from BSP, Akhilesh Yadav accommodated large number of dalit leaders and bureaucrats who had been close to Mayawati. Now Akhilesh Yadav has asked them to work with community to ensure more votes for Samajwadi Party.

Only t time will tell whether Mayawati will continue to help BJP in Lok Sabha polls as she did in last assembly polls or build party organisation to improve vote share and gain more seats. (IPA Service)