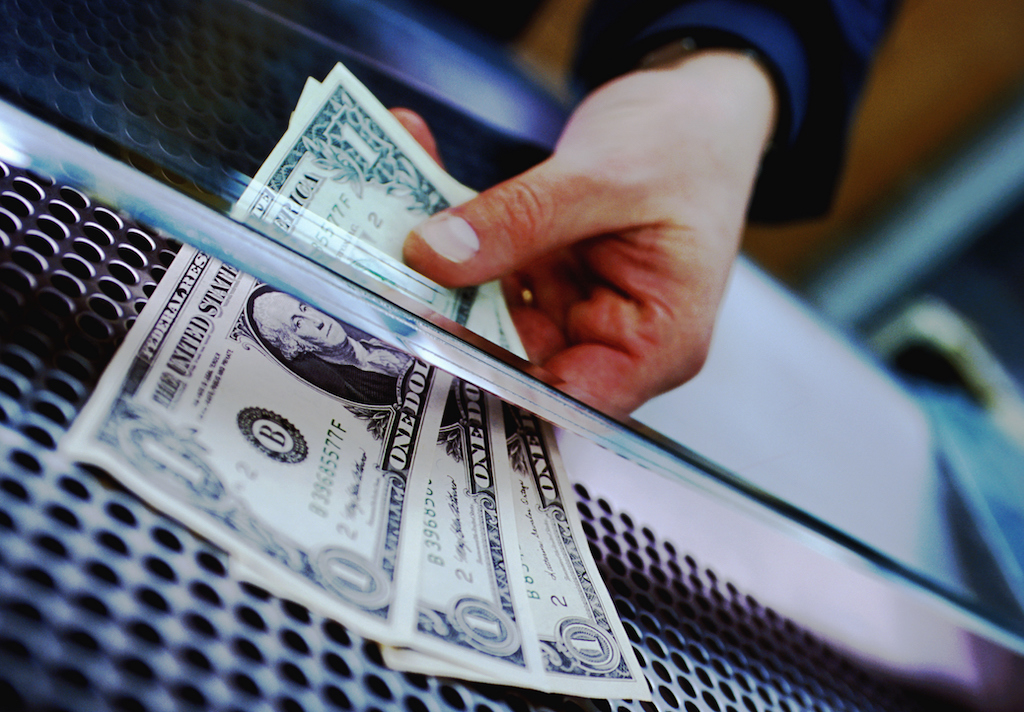 Nearly two months in, there’s little doubt Russian president Vladimir Putin’s invasion of Ukraine has been a colossal strategic blunder. NATO is unified, energized, and set to expand into two historically neutral countries, the Russian military looks to the world like a paper tiger, and the invasion prompted Russia’s economically and strategically important Nord Stream 2 pipeline to be finally axed.

Yet somewhat lost in all this is the fact that the US-led response to the invasion — involving unprecedented economic sanctions meant to isolate Russia and rupture its economy — could prove a strategic blunder of its own.

Just last month, the International Monetary Fund’s (IMF) first deputy managing director, Gita Gopinath, warned that Western sanctions could undermine the global dominance of the US dollar. While the dollar’s global reserve currency status, an important element of US global primacy, will remain for the medium term, she told the Financial Times, “fragmentation at a smaller level is certainly quite possible,” which will translate into “low-moving trends towards other currencies playing a bigger role” as reserve assets. Gopinath had previously served as the IMF’s chief economist for three years.

A short explainer is in order here. Since World War II, the US dollar has served as the world’s reserve currency — the currency predominantly used by other countries for foreign transactions and to anchor their own currencies. The US dollar is used everywhere today for international trade and investment, issuing debt, foreign exchange trading, and more. Among other things, this confers on the United States what has been termed an “exorbitant privilege”: it can run up chronic trade deficits by importing more than it exports with little fear of seeing its exchange rate collapse or its interest rates explode. And now, some informed observers think that privilege could be under threat.

Gopinath is by no means the only one. The same week, Goldman Sachs warned in a research note that the dollar was facing similar challenges as those that saw the British pound go out of favor in the middle of last century. The note pointed to the United States’ large and consistent trade deficits, but a Goldman analyst also cautioned that “ongoing geopolitical uncertainty” made “official de-dollarization efforts” aimed at “reduc[ing] exposure to dollar-centric payment networks” more likely, posing a long-term risk to the dollar’s status.

The Institute for the Analysis of Global Security (IAGS) — a think tank founded by a former CIA director and Ronald Reagan advisor, and stacked with establishment figures like ex-NSA director Keith Alexander and former NATO commander Wesley Clark — has issued a similar warning. Washington’s “extremely trigger-happy” sanctioning of Russia, codirector Gal Luft told CNBC, means that “central banks are beginning to ask questions” and wonder if they’re “putting all their eggs in one basket” by relying so heavily on the dollar.

A number of experts and commentators have made this point before, though they’re still in the minority: a March survey of economists by the Initiative on Global Markets found 37 percent disagreed that US sanctions on Russia would result in a “significant shift” from the US dollar, while 24 percent believed it would; the largest proportion, 40 percent, were uncertain. But the warnings from Gopinath, Goldman Sachs, and IAGS are the firmest sign that this concern isn’t confined to skeptics and gadflies, but is increasingly felt within the establishment.

These experts argue that the extreme lengths to which Washington’s gone to punish Russia for its aggression against Ukraine have heightened the urgency for states to wean themselves off dependence on the US dollar, as well as the financial system it undergirds. After all, if Washington can persuade virtually the entire Western world to cut Russia, however deservedly, out of trade networks, freeze its foreign reserves, and remove it from the international banking networks that facilitate most global commerce, then who’s to say it couldn’t happen to them, too?

This might sound paranoid to Western ears, but Russia is only the latest case of US policymakers using the US-dominated global financial system as a weapon against an adversary, earlier deployed against much weaker countries, with far less provocation. Over just the past decade, Washington has employed these kinds of sanctions against Cuba, Iran, Venezuela, and, most recently, Afghanistan.

The latter two have been particularly outrageous, with Washington not just freezing, but then seizing — stealing, in other words — Venezuelan and Afghan assets held overseas. It was partly for this reason that Moscow, after years of US sanctions over a variety of misdeeds, slashed the share of dollars that made up its reserves, and diversified its holdings.

For many states, the takeaway from it all has been that Western-based banks are no longer a secure site for their foreign holdings, and that reliance on dollars as a reserve asset, or on US-dominated financial infrastructure to carry out trade and other transactions, leaves them vulnerable should the geopolitical winds change.

It’s worth remembering that most poor and developing countries have a very different view of the global order than the West. It’s they who end up, for example, in the dock at the International Criminal Court, a constant reminder for small states of the way multilateral institutions meant to be neutral and universal are often turned exclusively on relatively weak states on the world stage. And though many have condemned the Russian invasion, they have not signed on to the US sanctions program, in large part because of what they, understandably, see as the West’s hypocrisy over this crisis. In light of all this, emerging powers like China and India are unsurprisingly eager to insulate themselves from economic reprisal by an often fickle West.

We’ve already seen some tentative moves toward de-dollarization. Saudi Arabia is currently talking to China about selling some of its oil in the Chinese yuan instead of the dollar, after some marked Saudi unhappiness over what it sees as slights from the US establishment, and Joe Biden’s less-than-enthusiastic (but still ongoing) backing of its war on Yemen. This would be a significant, though far from fatal, departure from pattern that’s prevailed since the 1970s, in which oil producers sell oil for dollars, which they then recycle back by buying US Treasury securities (aka US debt) — thereby propping up both US trade deficits and the dollar’s reserve currency status.

Putin didn’t make good on his threat to cut off gas exports to “unfriendly” countries if they didn’t pay for them in roubles, but that ultimatum remains on the table, and has been taken up by EU and NATO member Hungary in a significant break from the West. Moscow is also in talks with India, which currently buys discounted Russian oil, about setting up a system of paying for Russian exports with roubles. Meanwhile, Russia has turned to China’s Cross-Border Interbank Payment System in light of its expulsion from the Western-dominated Swift system, though this may be more for lack of any other choice.

This has been assisted by domestic policies put in place by Putin in response to Western sanctions, including a requirement that any Russian company doing business abroad has to convert 80 percent of the resulting profit into roubles, propping up the currency. This has provided strong support to the rouble, which had threatened to collapse at the start of the invasion, even as the Russian economy continues to struggle.

Any significant shift away from the dollar isn’t going to come overnight, but there was movement in this direction even before the war began. Last month, the IMF released a working paper noting that the last twenty years have seen a “gradual movement away from the dollar” among the world’s central banks, with their share of reserves in US dollars dropping from 71 percent in 1999 to 59 percent by 2021, and shifting to “non-traditional reserve currencies” — specifically, a quarter to the Chinese yuan, and three-quarters to the currencies of an assortment of smaller economies, including the Australian and Canadian dollars, and the Korean won. Meanwhile, both China and Russia have long worked to “de-dollarize” their economies and insulate themselves from US power, with limited and halting success.

For many years, undermining the dollar’s dominance has been the dream of governments that have looked uneasily at US global primacy, and formed coalitions like BRICS (Brazil, Russia, India, China, and South Africa) to get there, making little progress on the whole. It would be the irony of ironies if the biggest blow to this system was a self-inflicted one. (IPA Service)