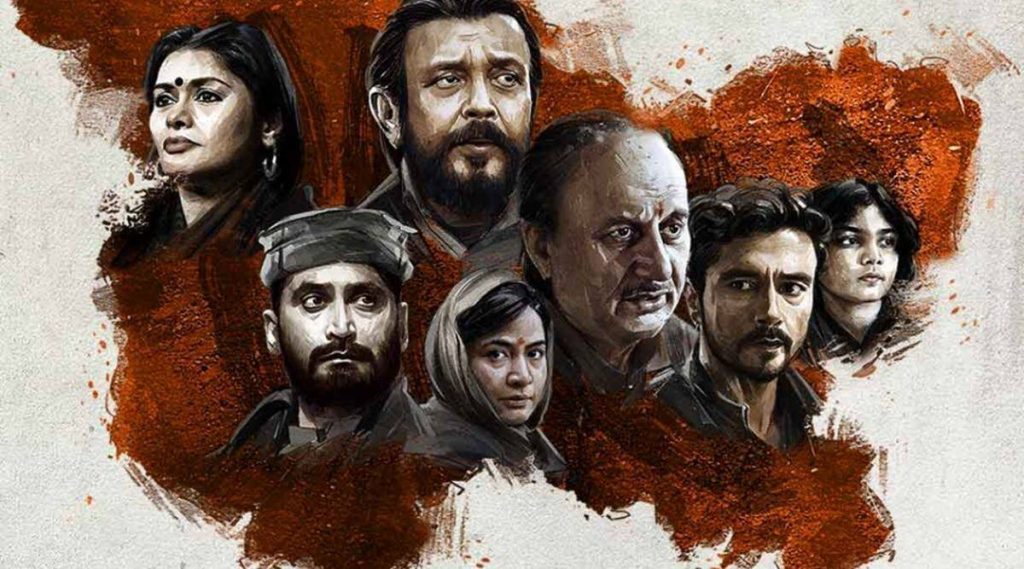 ‘Gaslighting’ is associated with ‘disorientation’. It is also closely related to “fake news”, and conspiracy theories. It is “the act or practice of grossly misleading someone or a group of people for one’s own advantage.” Like filmmaker Vivek Agnihotri, who stands accused of gaslighting Indians into believing that there was a Kashmir Pandit “genocide”, and exodus from the Valley!

Agnihotri’s ‘Kashmir Files’ had not been a hit with the bright of Bollywood. And ever since the film released worldwide, Agnihotri had been trying hard to convince fellow Indians that there was a Kashmiri Pandit “genocide”, and they should not trust their own perceptions to believe otherwise.

And whoever thought somebody with ‘Holocaust’ in his memory would pop-up to “expose” Vivek Agnihotri, and his much-acclaimed blockbuster. Agnihotri gaslighting Indians into taking ‘Kashmir Files’ seriously was tantamount to “deception”, and designed to make “victims of propaganda” question themselves and their analytical wisdom.

Also, it did not seem right that the Government of India, with Prime Minister Narendra Modi leading from the front, had been heading the “propaganda film’s” propaganda efforts; grossly misleading people, for Agnihotri’s personal enrichment.

Agnihotri’s ‘Kashmir Files’, featuring among others Anupam Kher and Mithun Chakravarthy, collected Rs 340 crores worldwide and was one of 2022’s biggest blockbusters.

That said, can ‘Kashmir Files’ be a deliberate conspiracy to mislead, and perpetrate lies as part of a larger, more diabolical conspiracy? Perchance, brazen Islamophobia, which is allegedly an international phenomenon, targeting the largest global minority, and that which particularly afflicts India’s rightwing trolls, the majority of whom are said to be hosted by India’s ruling party, the BJP.

That being said, it cannot be a conspiracy that India’s left-liberal are adamant that there wasn’t a Kashmiri “genocide” despite ample evidence of killings. Exodus yes, but genocide, no! And ‘Holocaust’ had to do with gas chambers, and mass graves.

If anything, the Kashmiri Pandits have only themselves to blame for their plight. They shouldn’t have hogged all the government jobs, and found themselves sitting on wealth! Also the display of cowardice. They should have stood their ground and fought to the last.

Instead, they tucked tail and scrammed. That said, they cannot be blamed. Indian Hindus have been running from their enemies for centuries and they weren’t going to stop running in 1990.

The KPs have themselves to blame for their genocide/exodus. As it is, they’re thinly spread on the ground in J&K, and they do not count in the larger scheme of things involving the Indian Army and Pakistan Occupied Kashmir. Even if sometime in the future, POK is taken back, it wouldn’t make any difference to the Kashmiri Pandit.

By the way, does it not look and sound odd that there aren’t any Kashmiri Pandits to talk of in Pakistan Occupied Kashmir, the region Pakistan calls ‘Azad Kashmir’? The Modi government has been, since May 2014, gaslighting Indian citizens with big POK announcements, one every year.

And if that did not fit into the definition of ‘gaslighting’, what did? Actor Richa Chadha made a good job of mocking the Indian Army, for which she was trolled, but behind the brouhaha that followed, there was the Modi government’s yearly boast to restore POK to India as spelled out in Parliament’s 1994 resolution.

However, it is unlikely that Pakistan Occupied Kashmir will ever be returned to India. There were chances in 1948, 1965 and 1971, but not today, not when Modi tells Russian President Vladimir Putin that it is no longer an era of wars. The Modi government has been gaslighting Indians again and again on POK, and Kashmiri Pandits.

Israeli filmmaker Nadav Lapid was not different from the government of India by any stretch of the imagination. It doesn’t take much to bully and humiliate India. On the global stage, India remains a minnow and is regularly humiliated by miniscule nations and their mandarins. (IPA Service)