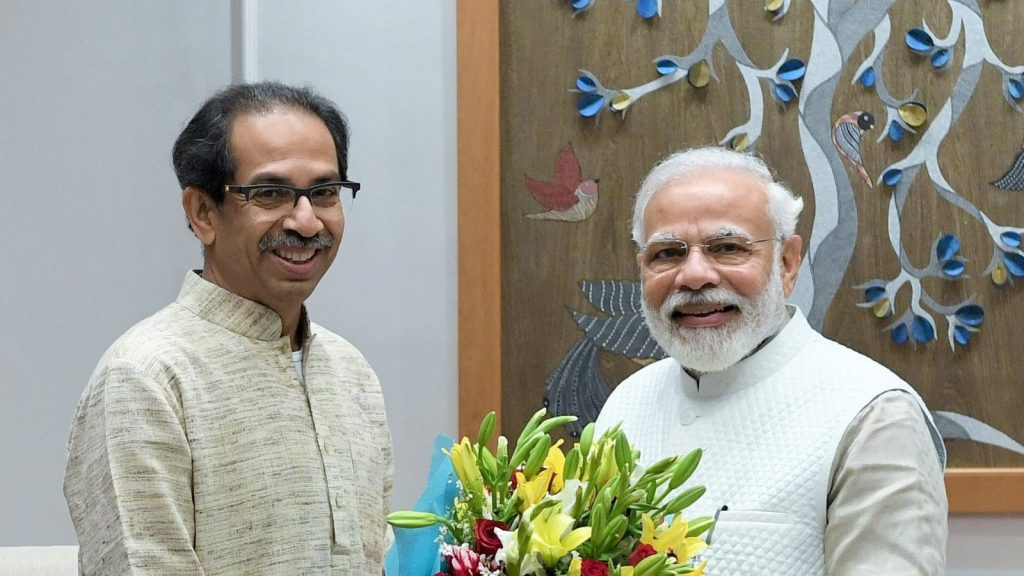 After a revolt in the Shiv Sena, party president Uddhav Thackeray was ready to align with the BJP in Maharashtra if the dissidents dumped rebel leader Eknath Shinde, a proposal that was unacceptable to rebel MLAs and the national saffron outfit, legislator Deepak Kesarkar claimed on Friday. Kesarkar, a spokesperson of the rebel faction of Shiv Sena MLAs led by CM Shinde, also revealed Thackeray was planning to step down as Maharashtra Chief Minister last year after talks with Prime Minister Narendra Modi.

Kesarkar said for Thackeray, who resigned as CM on June 29 following the revolt in the Shiv Sena, his relations with Modi were far more important than holding on to the top post. The Thackeray camp of the Sena sought to make light of Kesarkar’s comments, saying he has been making self-contradictory statements after being appointed a spokesperson and sounds “confused”.

Kesarkar said after the rebellion broke out in the party with 39 MLAs (the number now stands at 40) siding with Shinde, the rebel leader who is now the chief minister, he again approached Thackeray through someone who was involved in talks between the BJP and the Shiv Sena. However, Thackeray said he was ready to align with the BJP provided the rebels leave Shinde and come back to the party-fold, a proposal which was not acceptable to the dissident MLAs and the BJP, he claimed.

He claimed when even Thackeray was ready to align with the BJP, why were Sena leaders, particularly Aaditya Thackeray, provoking party workers against the rebel MLAs.”When I left for Assam (Guwahati after the June 21 revolt), I contacted one of those involved in these talks (between Thackeray and BJP). I sent him to meet Uddhav saheb. He was told that let’s forget what has happened and time is to come together. “Even at that time, Uddhav saheb said ‘you (the BJP) dump Shinde and we are ready for an alliance’. This was not acceptable to the BJP or the MLAs. Because it would have been inappropriate. The rest is history,” Kesarkar said.