Telangana Cong loss may be watershed moment for party 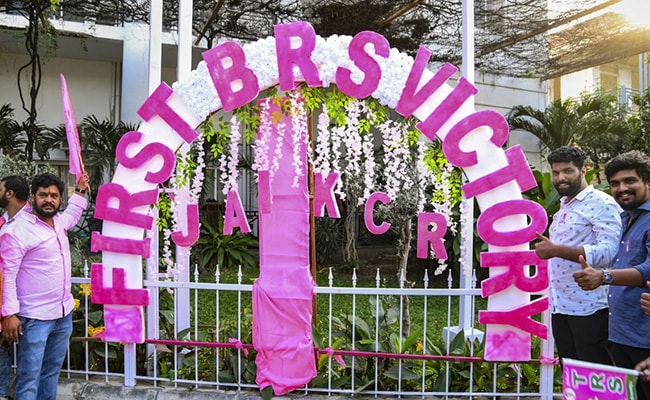 Although the ruling Telangana Rashtra Samithi (TRS) scooped a win in the Munugode by-election after a fierce neck-and-neck battle with the BJP, the real story from the bypoll was that of the Congress.

In a state that was once a major source of its electoral strength, powering its two consecutive terms at the centre in 2004 and 2009, the outcome of the elections showcase the party’s downward spiral.

Despite former Congress chief Sonia Gandhi often being credited with the formation of Telangana – even by TRS leader and Chief Minister KCR – the Congress was unable to score political gains out of it in 2014, after Telangana was carved out of Andhra Pradesh.

The anger of the state being split and losing Hyderabad ensured the Congress was wiped out in Andhra Pradesh as well.

In the 2018 Telangana elections, the party won 19 assembly seats out of 117. Uttam Kumar Reddy became an MP and quit as MLA in 2019. The same year, 12 MLAs shifted to the ruling TRS that already had a brute majority, leaving the Congress with just six seats.

The rebels split the legislative party, thus avoiding penalties under the anti-defection law. The Congress stood humiliated as it lost its opposition party status in the assembly.

It was in this setting that Munugode began to emerge as a test case for the national party to prove that it was still in the reckoning in the state.

Munugode was a Congress stronghold, won by Komatireddy Rajagopal Reddy in 2018. Mr Reddy quit the party, jumping ship to the BJP in August this year.

The Congress chose Palvai Sravanthi, whose father had served the area for a long time. They also hoped the 1.2 lakh women voters would support her at a time when the TRS and BJP were seen betting big on liquor.

But up against the TRS and BJP, the Congress had no money to spend. The attention of its leadership was split between the bypoll and Rahul Gandhi’s Bharat Jodo Yatra that passed through the state a week before the elections.

Despite being in the state, Rahul Gandhi stayed away from the Munugode campaign. Senior leaders dismissed it as “only a bypoll” – a sharp contrast to the TRS, which fought as though its government’s survival depended on it.

Even with the disclaimer that a bypoll cannot be taken as a trendsetter for an assembly election, with the Congress a distant third in Munugode, it appears as though the party will lose the narrative of even being in the race to form the government in 2023.

Political analysts say what worked for the TRS was teaming up with the Communist Party of India (CPI) in an assembly where the Left party has considerable influence.

Anger against the former MLA Komatireddy Rajagopal for switching sides also helped the TRS as it gained the votes of those who wanted to see him defeated.

For the TRS, it is a double win. They managed to keep the BJP at bay. Komatireddy Rajagopal Reddy who was a big influence in Nalgonda along with his brother Komatireddy Venkat Reddy was cut to size and the Congress is also likely to take stringent action, perhaps even expel the rebel’s sibling, a senior leader and MP.