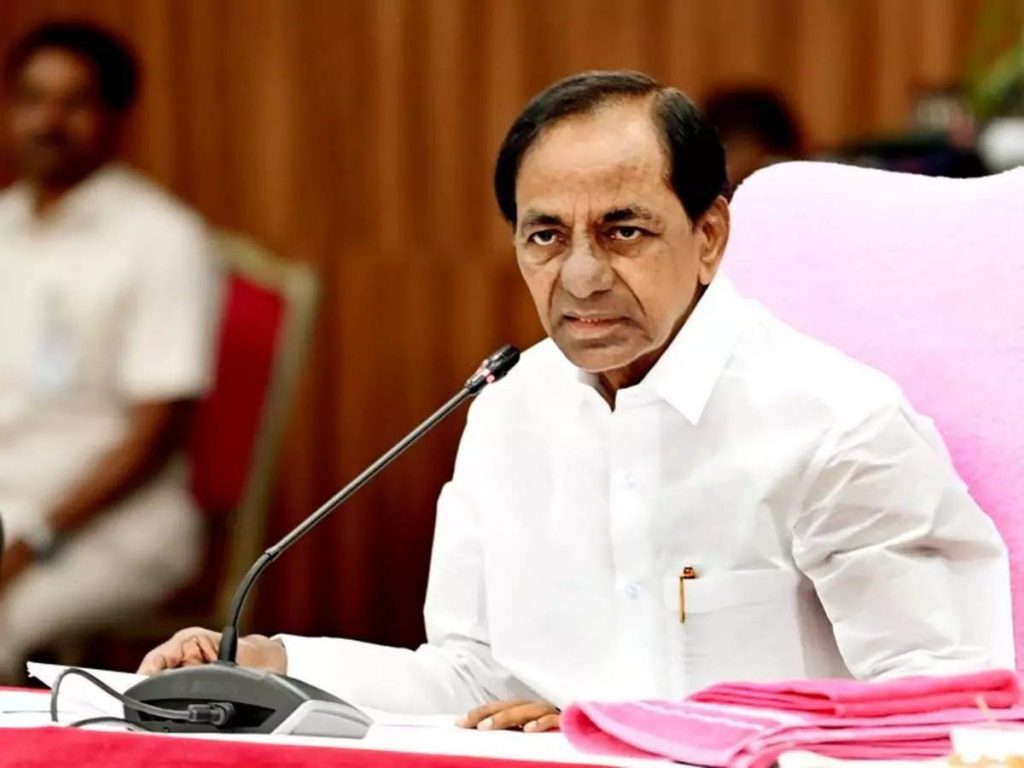 Telangana Chief Minister K Chandrashekar Rao’s Telangana Rashtra Samithi turned national on Dussehra and is now the ‘Bharat Rashtra Samithi’ with Rao its prime mover and shaker, also the man who will replace Narendra Modi if a “BRS-led Opposition” wins big in 2024. With that K Chandrashekar Rao announced his decision to challenge Prime Minister Narendra Modi to a 2024 duel.

Denying Modi a third consecutive term is the sole reason for the Bharat Rashtra Samithi coming to the fore. KCR plans to build a vote-bank of farmers, Dalits, minorities and migrant workers, to trounce Modi. Note that TRS became BRS on the “auspicious day” of Dussehra when good triumphed over bad, and Ravanna burned across Telangana.

That said, the name-change and nationwide exposure will not put an end to the freebies despite allegations that “24-hour free electricity” had put Telangana under tremendous financial strain. This was the most irritating refrain going around in Hyderabad after TRS shed skin and BRS broke cover.

In the 18-20 months to come, BRS aims to bite the BJP in the rear and ensure Prime Minister Narendra Modi bolts the national stage. The BRS view is that after 2024 Modi should not be seen in the vicinity of the central vista, which is Modi’s vanity showing its total disregard of all norms of historical decency.

Everybody in Telangana knows that KCR covets a national role. KCR renamed TRS at an “auspicious hour”, and KCR wanted to appease the gods. KCR has blind belief in astrologers. In time, he wants ‘Bharat’ also to know this. For now, the TRS was in the pink of health to make its national debut.

KCR’s outreach to neighbouring states, and his bonhomie with several ruling chief ministers of regional party-held states can help catapult BRS to national party status. Getting 2 percent Lok Sabha seats in three states isn’t so farfetched if the ruling parties of friendly states helped. KCR has been working to a plan and that makes him a dangerous customer for Modi and the BJP.

For over a year, the Telangana CM has been plotting his moves to checkmate Modi. His biting rhetoric against the BJP, Modi in particular, was scaled to plan. The series of no shows at Modi events in Hyderabad and not turning up at the Hyderabad airport to receive Prime Minister Modi, protocol be damned, is now a nauseating routine for the BJP.

The media are using terms like “with an eye on 2024” to describe ‘BRS’ and the timing of the party resolution announcing TRS’s metamorphosis. The BRS wants to get ready for 2024. For that it has to get national exposure; and not only aim to fight and win 2024 Lok Sabha elections, but also contest assembly elections slated for 2023.

The Telangana Chief Minister is a shrewd politician; somebody with the reputation to get done what he sets out to do. Like carving a state out of a bigger state. If TRS and KCR has been continuously ruling Telangana, it’s because Telangana owes its birth to TRS and KCR.

A scalding tongue is another KCR trait that grabs quick attention. He has made it clear on several occasions that he cannot suffer Modi! KCR also packs a lot of energy in his willowy frame. He has an enemy not only in the BJP, but the Congress is also not a friend. Chandrababu Naidu is a fierce critic. The long and short of it is, KCR’s Bharat Rashtra Samithi faces challenges galore, but if the job of making BRS a national party is cut out for KCR, it could also be said that KCR is cut out for the job of turning BRS into an all-India party. (IPA Service)