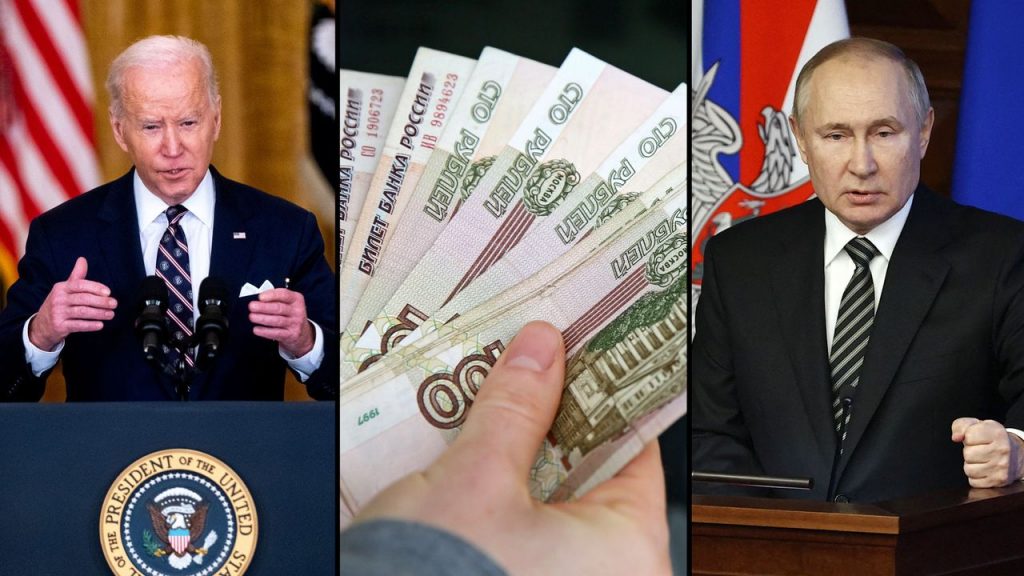 The US-led western trade, economic and financial sanctions on Russia seem to be working instantly, but less to the discomfort of Russia than the rest of the world. The sweeping sanctions over Russia’s invasion of Ukraine have led to a massive spurt in global oil and gas prices — over 20 percent in just one week. Inflation rates are fast rising across the world. Major international stock indices have plunged. Airfares have skyrocketed. Global shipping freight and insurance costs are spiraling. Unemployment is rising. Federal Reserve Chairman Jerome Powell told US lawmakers last week that the central bank would move ahead “carefully” with raising interest rates as the Russian invasion of Ukraine looms over its battle with inflation. Powell said the bank’s monetary policy committee is on track to raise interest rates in two weeks with inflation well above target.

Ironically, Russia today is more or less self-sufficient with a deliberate policy pivot towards China, the world’s second largest economy. China’s heavy demand for energy has helped Russia produce and sell more oil and gas under Chinese collaboration. Russia has used its oil and gas export revenue to build up substantial financial defences and firepower that may well blunt western financial sanctions, including a ban on Russia issuing or trading its sovereign debt in London and New York.

The amount of bonds Russia needs to sell is relatively small. It works out to only around 10 percent of the total bought by non-residents last year. Russia’s national debt to GDP ratio stands below 20 percent as against the UK’s above 100 percent. Germany’s national debt is 69 percent of its GDP. France’s is over 115 percent, Italy 154 percent and the US 124 percent. The debt-to-GDP ratio is a simple metric that compares a country’s public debt to its economic output. By comparing how much a country owes and how much it produces in a year, economists generally measure a country’s theoretical ability to pay off its debt. Russia’s ratio looks more than safe.

While Russia, in good anticipation of extensive western sanctions this time, seems to be well prepared to face the situation over a longer period, western investors and business firms are at their wit’s end to respond to the sudden crisis. Russia’s central bank had shut the stock market to prevent a selloff. It doubled benchmark interest rates to make holding the ruble more attractive and cushion its expected fall. In contrast, western banks and leasing firms involved in transactions with Russian clients are highly worried.

Last week, Citigroup chief financial officer said the US financial giant could face billions of dollars of losses at its Russian business “under the worst case scenario.” Foreign investors are stuck with their Russian stockholdings and rouble-denominated bonds after the central bank put a temporary halt on payments and major overseas settlement systems stopped accepting Russian assets. European bank shares hit their lowest in recent times after the European arm of Russia’s Sberbank was forced to close. Global banks are dropping clients if there is even a slight doubt about their ties to Russia.

Western companies doing lucrative business in Russia, a trade surplus country, are forced to pull out or cut down production and imports to comply with the sanctions. General Electric said it has temporarily paused support of airlines in Russia to be consistent with the sanctions imposed by the US, UK and EU. Boeing has suspended technical and maintenance support for Russian airlines. Exxon Mobil said it would exit Russia. Ford joined other global automakers by suspending Russian operations.  US tech giant Apple has stopped the sale of iPhones and other products in Russia. Apple has a 15 percent share of Russia’s smartphone market, having around 100 million users. Apple’s business loss is good news for China’s Xiaomi.

Netflix, fashion outlet H&M, Oracle and many others have cut or paused business in Russia following the biggest ever western sanctions. Japanese automobile giants, including Toyota, are forced to stop production in Russia as sanctions scrambled logistics and cut supply chains. Toyota produces nearly 80,000 vehicles at its St. Petersburg plant. The Chelsea Football Club’s Russian owner for nearly two decades, businessman Roman Abramovich, said he would sell the English club.

The global civil aviation sector is worst affected by western sanctions on Russia, which is not allowed to fly over NATO countries. In a tit for tat policy, Russia has closed its airspace to airlines from 36 countries, including all EU members. The world’s largest country by geographical size, Russia shares borders with 16 sovereign states, including two maritime boundaries with the US and Japan. The flight bans will severely hurt airlines that fly over Russia to reach from Europe to Asia. They include Austria, Belgium, Bulgaria, Germany, Hungary, Greece, Denmark, Czech Republic, Finland, France, Ireland, Italy, the Netherlands, Norway, Poland, Portugal, Romania, Spain, Sweden and the UK. In the process, western airlines will suffer massive losses.

Russia is one of the world’s top exporter of energy and wheat. It is also a major exporter of iron and steel, nitrogenous fertilisers, precious metals and gems. Russia’s main trading partner is China, followed by Germany and Belarus. In 2021, the Russian merchandise export and imports combined approximately US$785 billion. In fact, it was well below the 2013 peak at $842 billion. Motor vehicles and parts are the biggest item on Russia’s import list with a total trade value of $23.4 billion, last year.

Russia learnt a lot to insulate its economy from western sanctions since 2014, when Russia invaded and ‘liberated’ Crimea. Imports of meat, fruits and vegetables and dairy products from western countries were banned. China, Brazil and India offered to supply meat and vegetables to Russia. Russia is the world’s second biggest arms exporter after the US. Major buyers of Russian weapons are China, India, Belarus, Kazakhstan, Algeria, Vietnam, Iraq, Bangladesh and Myanmar. Thus, Russia is unlikely to get much punished by current western sanctions.

Historically, economic and trade sanctions rarely achieved their desired goal. On the contrary, they tend to promote aggressive nationalism in countries under such sanctions. Many historians felt that the reparation clause under the Versailles Treaty (1919) and the London Schedule of Payments to cover civilian damage caused by Germany during the First World War promoted Hitler and fuelled Nazi resistance in Germany in the 1930s.

In the last 40 years, the US has recklessly used trade and economic sanctions on several countries around the world, including China, Russia, India, Vietnam, Venezuela, North Korea, Afghanistan, Iraq and Iran, with little long-term impact on these economies. Such US sanctions had at best forced a behavioural change in some of the economies. Ukraine is not exactly like Afghanistan or Iraq. The US has no intention to take the risk of physically fighting heavily nuclear-armed Russia over Ukraine. Wish the US did some good homework before imposing such sweeping sanctions on Russia which is hardly dependent on western economies for survival and growth. (IPA Service)