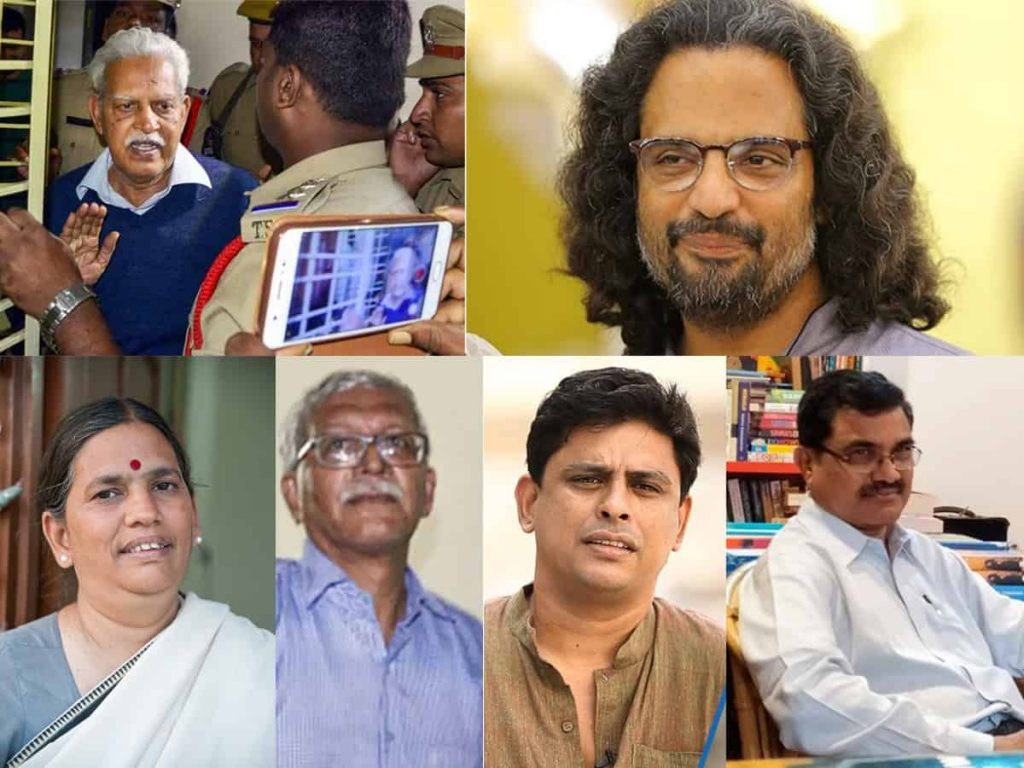 The day Union Home Ministry took away the investigation in the Bhima Koregaon case from the Maharashtra police and handed over to the National Investigation Agency (NIA,) it became explicit that the home minister has some ominous designs. This was not simply an endeavour to unearth the so called plan behind the violence that took place in 2018

The alacrity shown by the Narendra Modi government in transferring the case underlined that the NIA was pressed into service to stifle dissent. It was quite shocking to see that the NIA added a number of intellectuals of fame in the case. All of them were dubbed as Maoists.

It is worth mentioning that Maharashtra home minister Anil Deshmukh had challenged this act of the Union home minster saying that “Centre didn’t take our consent”, and also claimed that the transfer, done without consultation, is against the Constitution. In a tweet of Jan 24, 2020 he said; “I strongly condemn the decision to transfer the investigation of Koregaon-Bhima case to NIA, by the Central Government without any consent of Maharashtra State Government”.

Deshmukh has been arrested by the Enforcement Directorate after more than 12 hours of questioning at their office in Mumbai in connection with a money laundering case. He was refused relief by the Bombay High Court as he appealed for the cancellation of the summons by the probe agency. If the sources are to be believed, later the ED arrested him presumably to make him learn the lesson. His speaking his mind against NIA put him in great trouble.

The then Maharashtra Deputy Chief Minister Ajit Pawar had told the police that a letter recovered from Delhi-based activist Rona Wilson last year, allegedly showing a plot to assassinate Prime Minister Narendra Modi appeared to be a spoof obtained from suspicious sources. Pawar reportedly told the police that the source of this email containing the letter and other evidence in the 5,000-page chargesheet against 10 activists under the Unlawful Activities Prevention Act must be substantiated in 15 days, else the Maharashtra government would appoint a Special Investigation Team to take another look at the case.

The preliminary Fair Trial Report nevertheless points out that in the wake of violent attacks on marginalized communities, the Maharashtra police arrested several activists and lawyers who historically advocated for the rights of these communities. A preliminary review of the judicial records in this case raises serious concerns of procedural irregularities, abuse of process, and violations of fundamental human rights. Several United Nations’ (UN) experts on human rights have expressed concern that the arrests and charges were brought in retaliation for the defendants’ legitimate human rights work. In fact the government has not come out with sufficient evidence of a direct and immediate connection between the actions taken by these individuals and any threat to security sufficient to justify the charging of the defendants.

It was at the behest of the BJP leadership that the Pune police violated the basic tenets of the criminal law. Pune police arrested academics and lawyers like Sudha Bharadwaj, Varavara Rao, Arun Fereira, and Vernon Gonsalves, Surendra Gadling, Shoma Sen, Rona Wilson, Sudhir Dhawale, Mahesh Raut, Gautam Navlakha and Anand Teltumbde. They all are fighting for their release. But one person is not there and he is father Stan Swamy. He died in jail. While Pune Court found a lot of ground to keep them in jail; the Bombay High Court made one important observation; “We do not see any case made out against them, from what has been shown so far; there is no prima facie case.”

The order and the proceedings, being absolutely in contravention of established legal principles on the topic, were challenged before the Bombay High Court. In spite of vehement opposition from the Advocate General himself, the High Court found merit in the case and thereby set aside the order of the special court, finding it in contravention with the mandatory provisions of the UAPA. Quite interestingly during the hearing, the Advocate General said, “I do not like to lose a case. Strict interpretation and pragmatic approach need to be taken, and the petition requires to be dismissed”.

During the time regular bail applications were being considered, the prosecution was heavily relying on electronic evidence, without supplying copies to the court. The government even refused to supply copies of the incriminating material also the mirror copies of the hard disc. Most unfortunate, the defence was being asked to prove its innocence without being given the copies of the documents. Not supplying the documents virtually amounted to denial of justice.

The edifice of the Bhima Koregaon case stands on deceit and falsehood. Taking advantage of the laws the Modi government has been on the mission to punish the intellectuals and academics and social activists who raise their voice against injustice and reign of oppression.  One more remarkable development that was during the trial of the cases was the use of word “Urban Naxals”. Almost all the arrested persons were described as Urban Naxals. Some of them were also booked on terrorism charges.

It has been exposed that Pune Police had planted evidence on Bhima Koregaon suspects. According to the tech magazine Wired at least three people booked on terrorism charges in connection with the Bhima Koregaon case may have been framed by the Pune police. The magazine claimed this quoting researchers from an American cybersecurity firm. Researchers at cybersecurity firm SentinelOne — who reportedly spoke to a security analyst at a “certain email provider” — determined that the email accounts of activist Rona Wilson, poet Varavara Rao and Delhi University professor Hany Babu were hacked. The Wired report claims that “false incriminating files” were planted on the computers of the three accused “that the same police then used as grounds to arrest and jail them”. SentinelOne has named this “hacking campaign”, which allegedly targeted many individuals, ‘Modified Elephant’.

The report in  the   news  portal  The  Wire alleges that the “addition of a new recovery email and phone number appears to have been intended to allow the hacker to easily regain control of the accounts if their passwords were changed”. The security researchers presented their findings at the Black Hat security conference in Las Vegas in August this year.

Arsenal Consulting, working on behalf of the defendants in the Bhima Koregaon case, had claimed to have found evidence that Gadling’s and Wilson’s computers had been hacked using a malware called NetWire to plant incriminating documents, including “an explosive letter mentioning a plot to assassinate” Prime Minister Narendra Modi.

The two activists were jailed in 2018 and accused of plotting an insurgency against the government. A new forensic report concludes they also shared something else: They were both victims of the same hacker who planted evidence on their computers. Citing a conspiracy against Narendra Modi is a facade of penalising the rights activists who question him. More than a dozen activists have been imprisoned without trial under a stringent anti-terrorism law that rarely results in convictions.

The arrests were made to torture these people and make them die inside the jail is clearly evident in their ill treatment was Father Stan Swamy, an 84-year-old Jesuit priest with Parkinson’s disease. After spending nearly eight months in jail, he was sent to a hospital in poor health in late May. He was placed on a ventilator and died on Monday. At a hearing in May, he begged judges to grant him bail so he could return home for what might be his last days. The Court could not come to his help.

The latest forensic analysis focuses on a computer belonging to Gadling, a human rights lawyer based in western India. The device was infected with NetWire, a commercially available form of malware, for nearly two years before his arrest in 2018, the report says. The misuse of the laws with the sole motto of penalising and torturing the rights activists under line that India is already having Police Raj. Even judiciary is feeling helpless in delivering the criminal justice. This word appears to have lost its meaning and relevance in India.

Activist Rona Wilson moved the Bombay high court seeking quashing of criminal proceedings against him for allegedly fomenting violence in Bhima Koregaon near Pune in 2018. It came after an American digital forensics consulting company claimed that fabricated evidence was planted including in a laptop and thumb drive seized from Wilson’s residence in April 2018.  The firm found that malware had been installed in Wilson’s computer on June 13, 2016, after someone using the email account of Varavara Rao, who is one of the accused in the case, sent a phishing mail to Wilson.

It is beyond comprehension why the Supreme Court is keeping its eyes closed to the brutal and ruthless tortures being perpetrated on the innocent persons. It must intervene and take up the matter suo motto. Different courts using the different criterion and procedures have been making these people languish in jails giving the impression that India has no uniform judicial system. The apex court owes an explanation to the people of the country for how many more years these people will rot in the jails.  It must club all the cases relating to Bhima Koregaon and release the accused persons. (IPA Service)

Will BJP’s Election Juggernaut Get A Hit By Bearded Rahul Gandhi In 2023?