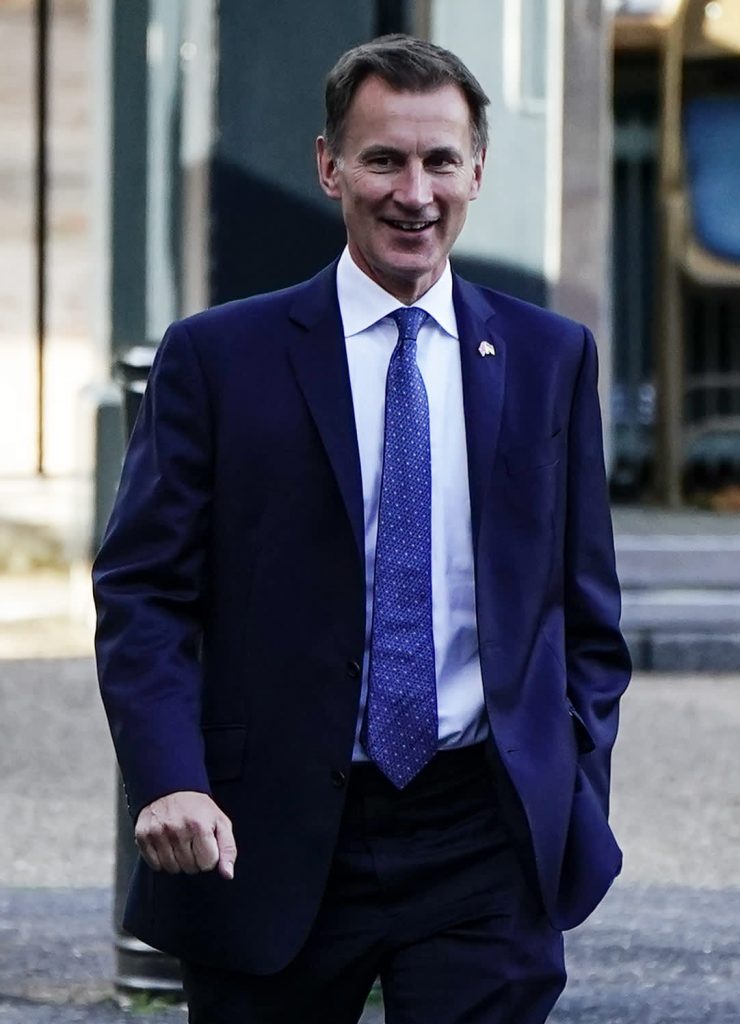 The British Government led by the Prime Minister Rishi Sunak government has marked a “new era of austerity” in its Autumn Statement, unions warned November 17 as the Chancellor Jeremy Hunt was accused of “picking the pockets” of the entire country.

Jeremy Hunt set out a package of around £34 billion of spending cuts and £24bn in tax rises over the next five years, leaving households more vulnerable and facing increased energy bills, high inflation and tax payments. And he confirmed that the Office for Budget Responsibility (OBR) announced that Britain was now in recession and that it was facing an increase in unemployment.

Mr Hunt blamed Russian President Vladimir Putin for a global economic crisis, but TUC general secretary Frances O’Grady said that the recession was “made in 10 Downing Street” and hit out at the Tories for “making working people take the hit.”

She said: “The Chancellor talked about everyone making sacrifices, but the super-rich have once again been let off the hook — token tweaks to tax will do little to dent their bank balances.“This is a government more interested in rewarding wealth than work.“This is a government choosing to hold down the wages of nurses and teachers while it allows bankers unlimited bonuses.”On the cuts to public services, Ms O’Grady said that the Tories “seem hell-bent on breaking Britain.”She also criticised ministers for announcing “the bare minimum” on the national minimum wage and universal credit.

Unite general secretary Sharon Graham said that Britain was “stuck in an economic straightjacket.“Our political class repackage the same failed approach crisis after crisis, choosing to put a sticking plaster on a wound that needs surgery,” she said. “Austerity and tax rises for workers will do nothing to create decent jobs or put money in our pockets.

TSSA interim general secretary Frank Ward slammed the government for “clobbering working people,” arguing the measures were “a squeeze on people who are already struggling.”He criticised the “deafening silence” on public-sector pay and wages, adding: “This government appears oblivious to the industrial unrest across our country.”

GMB general secretary Gary Smith said the statement “sticks two fingers up” at workers, adding: “This disgraceful Tory government is out of ideas, out of time, and should be out of office.”

Unison general secretary Christina McAnea said: “The government acts like there’s no public-sector pay or workforce crisis. “Nothing was said today to change the minds of NHS staff currently voting on strike action.”

The Royal College of Nursing (RCN) said it is giving the government five days to open “detailed negotiations” on pay or it will announce strike dates for December.

In Commons, immediately after the statement, shadow chancellor Rachel Reeves said Mr Hunt was attempting to “take the British people for fools” by seeking to claim the Conservatives are not responsible for the “last 12 years of failure.”

She said: “In the last hour, the Conservatives have picked the pockets of purses and wallets of the entire country as the Chancellor has deployed a raft of stealth taxes taking billions of pounds from ordinary working people.”

Scottish Green finance spokesman Ross Greer said Mr Hunt had “evoked the ghost of Christmas past” in his speech. He said: “There is nothing compassionate about this Tory government or its economic vision.“Hunt has succeeded only in returning the UK to the Victorian era when families were allowed to go hungry, homelessness was rife and poverty caused death and devastation.”Scotland’s First Minister Nicola Sturgeon accused the government of “repeating past mistakes.

“The UK is almost unique among wealthier countries in reintroducing austerity, it is the wrong approach and will have a significant adverse impact on people and public services across Scotland,” she said. (IPA Service)

Follow us on
Up Next: Recent Deaths Of Labourers Of Bengal In Other States Have Alarming Signals
Posting....